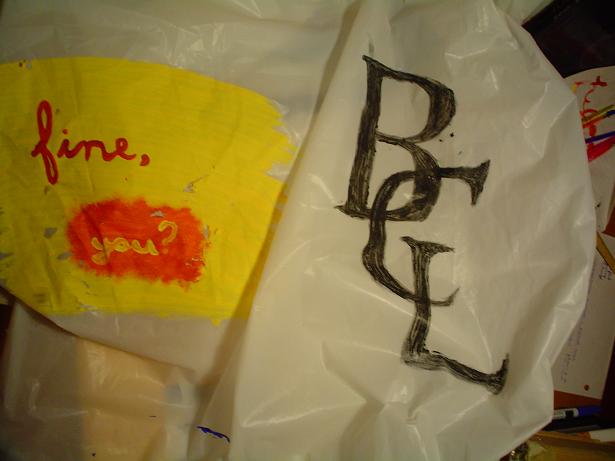 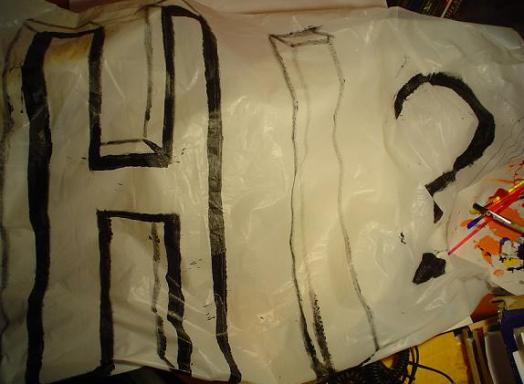 Over the weekend, I tested out different kinds of paint to use on this shower curtain-type material for an upcoming large banner project.

First, I tried some heavy acrylic paint and spread it evenly three times in different thicknesses. The line with the most paint peeled easier, however, the line with the lightest coat did not peel or chip.

As I waited for those to dry, I also tried cheaper, more liquid-based paint from the dollar store. At first it seemed promising, but as soon as it dried, the paint began chipping away. 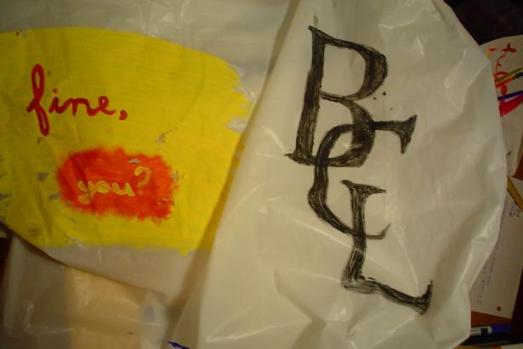 The poor excuse for creativity on the left was done with cheap paint. Some of the paint is already chipping and it wasn’t even completely dry at that point.  The letters on the right were done to confirm my first tests with the heavy acrylic. The paint seemed to hold better because the material had a bumpy texture to it.

I  definitely think the acrylic paint could be a solid choice if it’s applied lightly.  Paint would work well for this project because it can quickly cover a large area, especially for the expected  size of the banner.