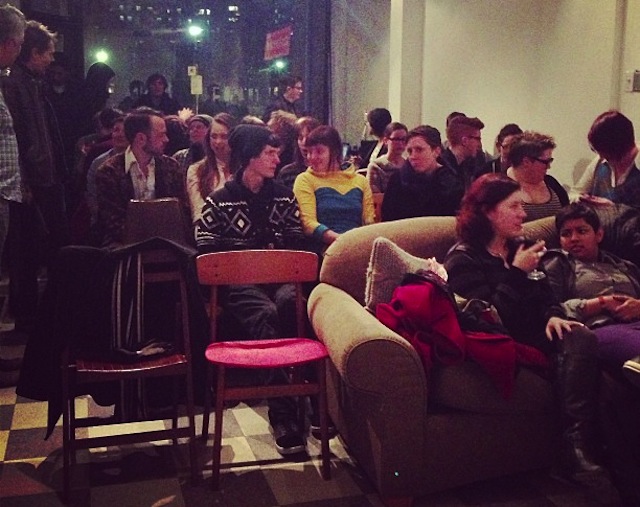 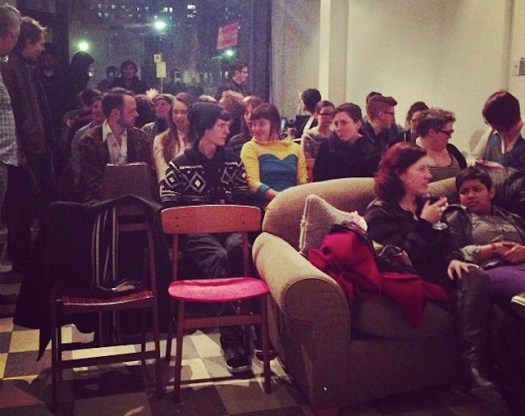 On behalf of everyone at Broken City Lab, Cristina Naccarato and I would like to send a big thanks to Toronto’s Videofag for hosting a discussion between us and Buffalo artist Julian Montague on Friday. Though brief, the discussion allowed the three of us to elaborate on the cities in which we work, how they influence us, and what types of opportunities they provide for artists and other creative folk. Julian likened Buffalo to Detroit; both cities had a boom and bust this century and as a consequence, both have massive properties that can be purchased at insanely cheap prices.

Though our works were quite different, we were still able to speak about similar topics at once. We would like to pick up where we left off with Julian, and potentially find our way to Buffalo for a visit (or unforeseen project). Thanks to all involved and everyone who came out despite the chilly weather!