We’re incredibly excited to be able to post this trailer for the forthcoming series of documentary shorts, In Store, produced, directed, and edited by the astoundingly talented, Daragh Sankey. Here’s the background from the In Store website:

It’s been a long time coming, but I’m finally posting stuff from my work in Windsor. It is a series of documentary shorts called In Store. It’s stuff I shot during Broken City Lab’s SRSI Project. SRSI stands for Storefront Residencies for Social Innovation, and it involved artists from across the country doing residencies in three vacant Windsor, ON storefronts.

I’ve got a trailer up now, and the shorts themselves will start showing up in a week or two. To stay on top of it, you can follow the site, the twitter feed, The RSS feed. Or, if you’re reading this from the main Angry Robot site, the posts will show up there too. Or you can wait for me to just beam the stuff into your brain, which I’m sure will be available as a delivery platform any day now.

What can you expect from this? There will be about 10 films total. Most follow an artist as they do their thing on the residency, but they’re not all summaries; some single out moments. A longer one will be about Broken City Lab, the organizers of the event, and will be a bit broader than just the SRSI event. One will be about Windsor. I’ll be releasing a new one every week or two.

What’s it all about? Surprisingly, many of the artists used the space less as a gallery, and more as a base camp for engaging with the city. They produced art that was questioning, playful, exploratory and thought-provoking. You will see: disco balls, transplanted plants, fictional security guards, roving libraries, Detroit, gambling, a long street of vacant houses. If there’s a theme, it may be the challenges facing post-industrial cities like Windsor, and the role of art in articulating and helping face those challenges. 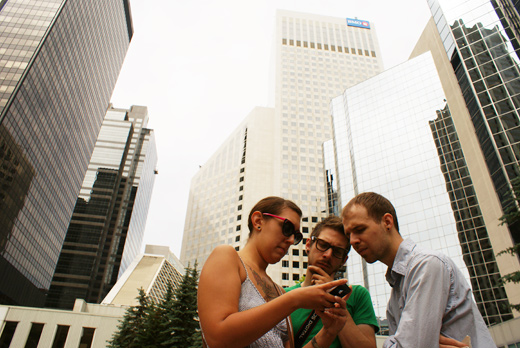 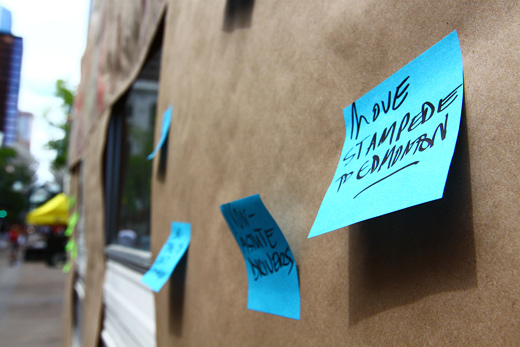 On Day 2 of our ATTC Calgary with Truck Gallery’s CAMPER Urban Discovery project, our ongoing work finds us asking questions about a city that we’re still just getting to know.

The questions are, necessarily, basic and straight forward. We’re not conducting deep sociological or statistical research, but rather trying to tease out a series of narratives that we know we haven’t yet heard about this place. Over the course of the residency, we’re aiming to develop a practice, a series of tactics that aim to unfold a way to get to know a place and the things that go about shaping the things we can know about a place. Cities are continually enacted through the narratives that we hear, create, and tear apart through daily practice, and we’re interested in both the narratives and that daily practice.

Over the course of a few hours on Thursday afternoon, we hear about many parts of the city that are worth loving, and worth changing. Somehow, an impression is made upon us that aligns with what we felt during our algorithmic walk — that is, Calgary is a city that isn’t readily touchable. It feels distant even when it’s right in front of you, and somehow the things we heard about the city from lifelong residents and people on holiday were the things that are legible from a distance, but in some instances, distanced from lived experience.

END_OF_DOCUMENT_TOKEN_TO_BE_REPLACED 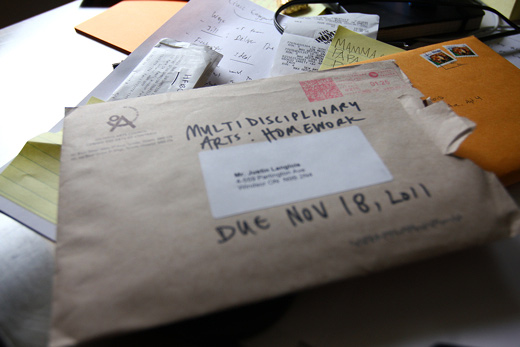 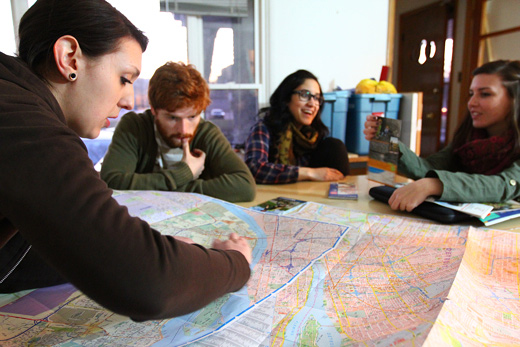 Around the maps, we’re beginning to imagine two cities collapsing into one.

Michelle and our dear friend, Lee Rodney, spoke about HFBC and the Border Bookmobile on Friday on CJAM‘s The Shakeup. You can listen to it here. It’s a lot of fun so far, and we’re just getting started!!!