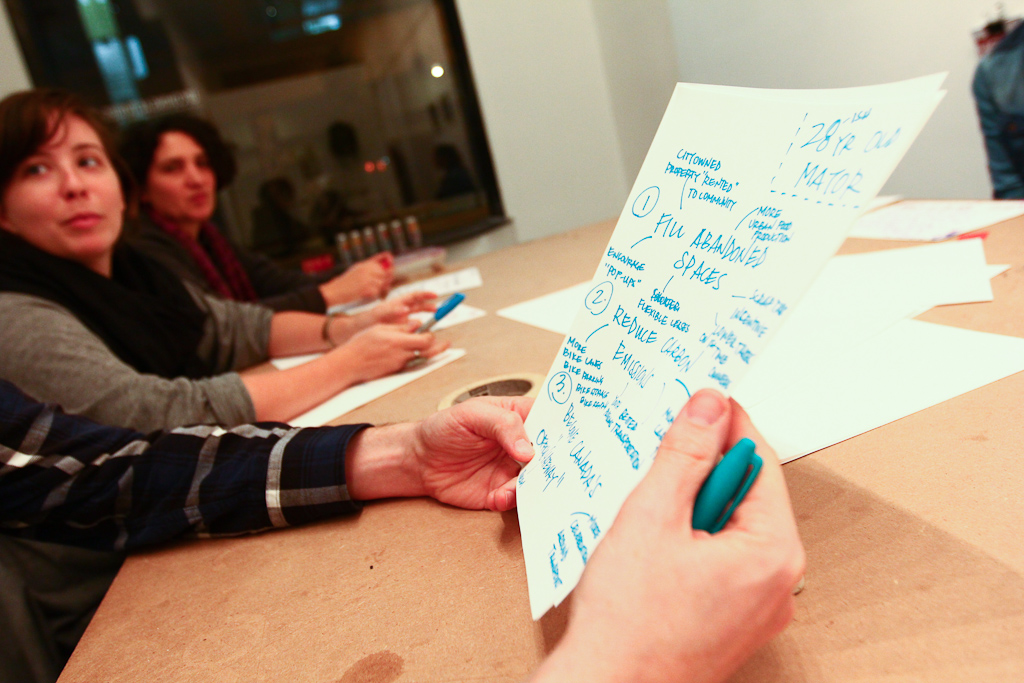 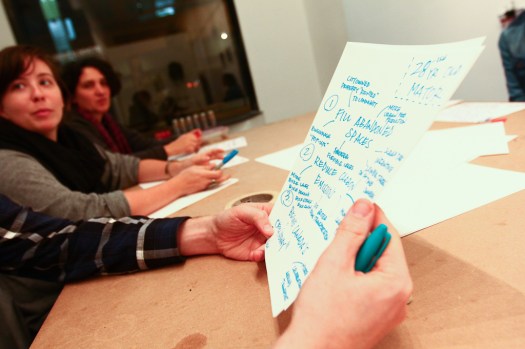 Four weeks into All Tomorrow’s Problems. We’re tackling lots of big, complex problems with big, eager imaginations. Interested in joining us? The next ATP is on Monday, November 12 at 7pm at CIVIC SPACE. 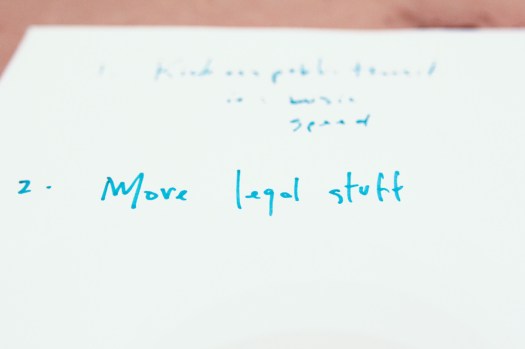 Last Monday’s topic, drawn from a conversation about the recent announcement of a 28-year-old mayoral candidate in Detroit, focused on creating platforms for a series of future mayoral candidates in Windsor. The series of imaginary candidates were dreamed up in 20-year increments — a set of 28-year-old mayors, 48-year-old mayors, and 68-year-old mayors. If they ran for the top seat in the city, what would they note as their vision for the city? Each week we ask a question like that, and each week we take a lot of notes and thanks to our super great studio assistant, Laura, all of these notes are being scanned — I think we’re around 200+ pages so far. 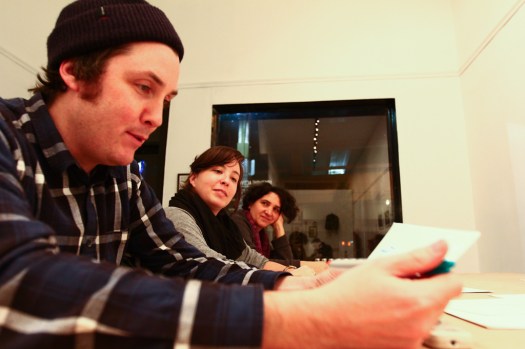 The night runs for a quick hour and a half or so. Dan reads off the platform written by Sam for the 28-year-old mayoral candidate, as Kiki listens in. 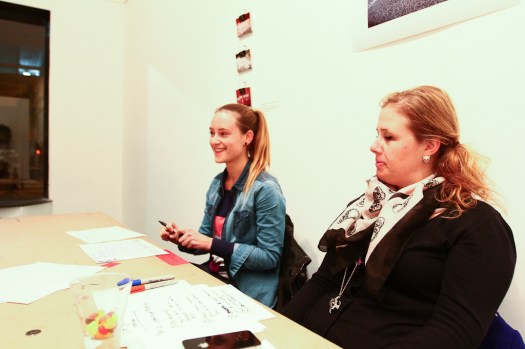 Across the table, Nicole and Veronica wait for their turn. 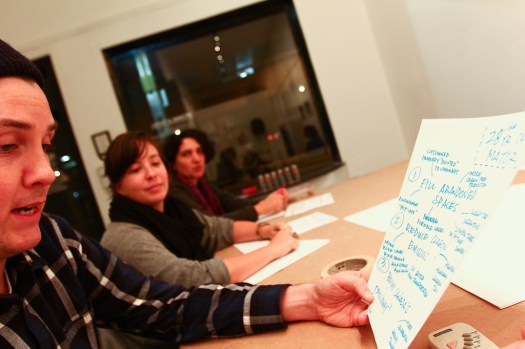 Some of the platforms were ambitious and impossible, others were pragmatic and measured. Each revealed an interesting set of assumptions we bring when considering other people’s attitudes and concerns. That being said, the 28-year-old platforms were certainly the most expansive, and probably expensive. 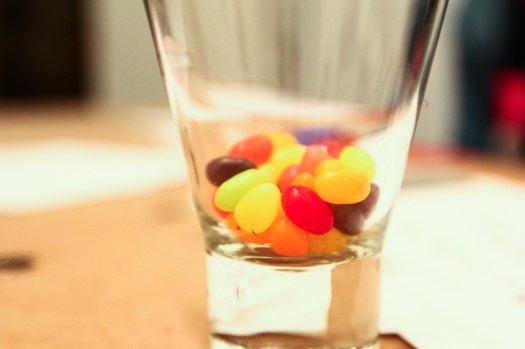 Left-over candy beans from Sam’s opening for her Civic Boredom project she completed with students from Forster. 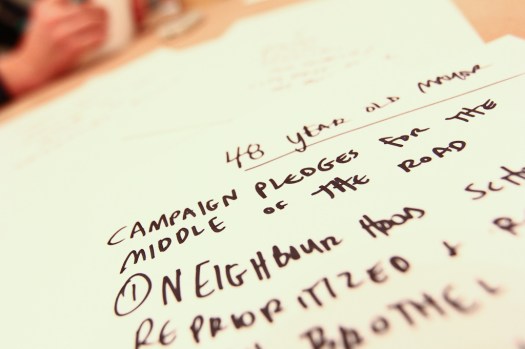 Then, the 48-year-old mayoral candidate pledge. Above my notes on a campaign for the “middle of the road.” 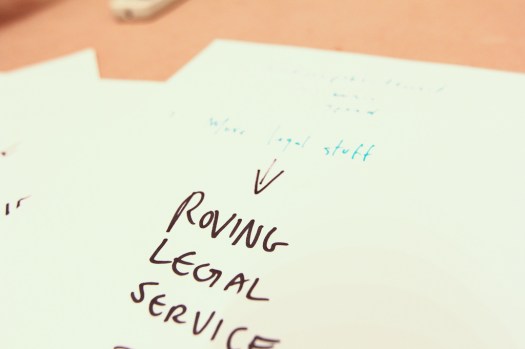 Some of the most interesting ideas came from the conversations after everyone’s platform was read aloud. Above, the idea for a roving legal service that occupies Transit Windsor buses came up after discussing Sam’s requests for more legal services. 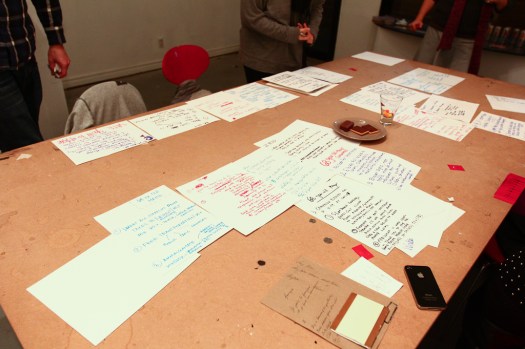 After we made our way through the three rounds, we spread out all the platforms and decided to each choose one pledge from each age bracket — that is, we could each select one pledge from the 28, 48, and 68 year old candidate. 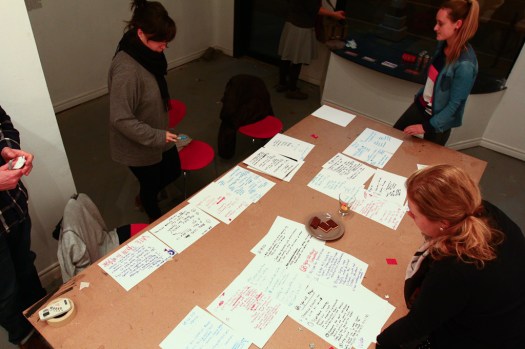 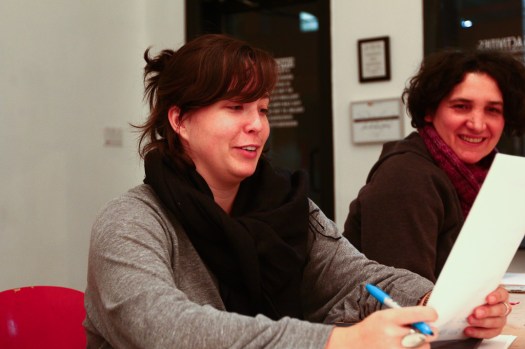 Then, we compiled, Sam took notes to make the resulting super platform … it was totally fun to compile this and really generated a kind of discussion I know I haven’t had before, at least so explicitly, around not just a vision for the future of Windsor (and it’s problems), but really where competing visions may arise and what we can do with them. 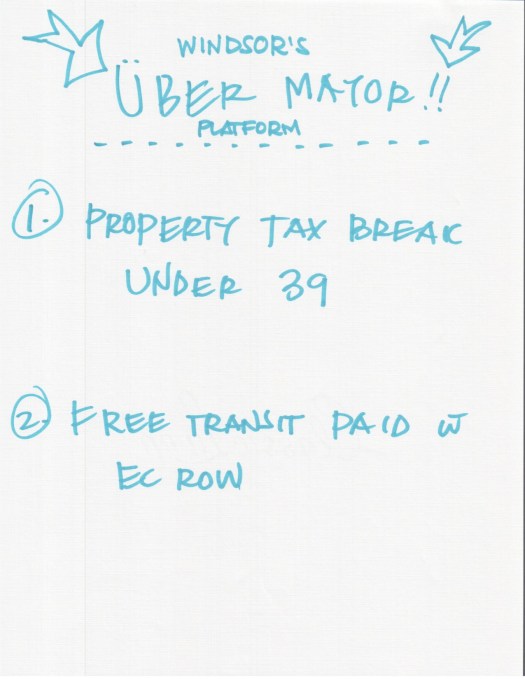 1. Property tax break for everyone under 39. Buy a house and start a family in Windsor before you’re 40 and you pay no property tax.

2. Make Transit Windsor free by creating a small surcharge for users of EC Row — think of the 407 — but more reasonable. 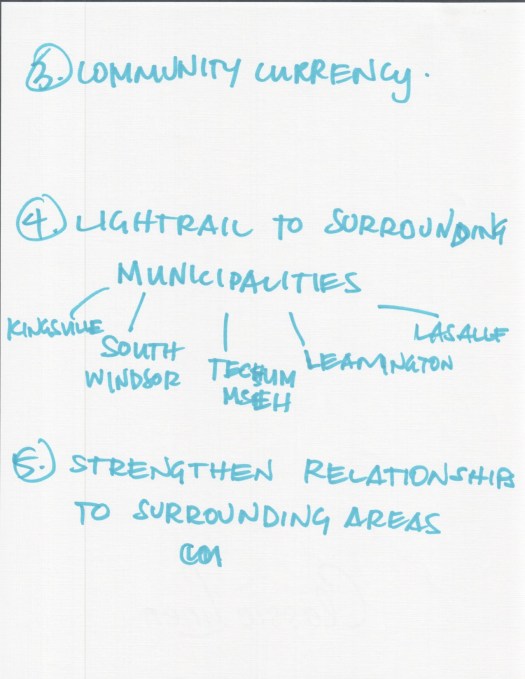 4. Light rail for all surrounding municipalities.

5. Very much building off the above, make real efforts to strengthen relationships with surrounding areas. 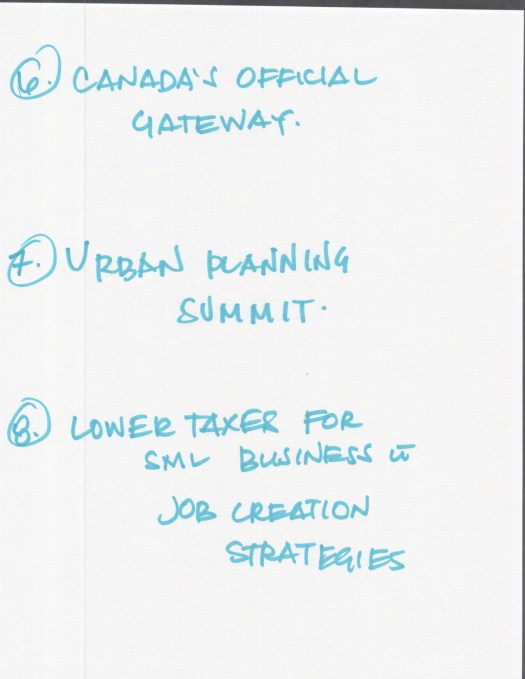 6. Become and own the title of Canada’s official gateway. Don’t wait for anyone to officially designate this. 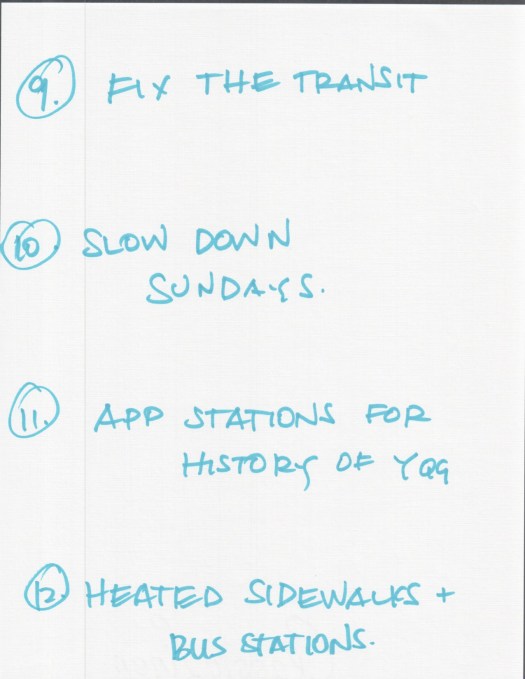 10. Slow Down Sundays — close Riverside Drive every Sunday for pedestrians.

11. Distributed mini-museums (maybe screens and apps) for history of Windsor and area. 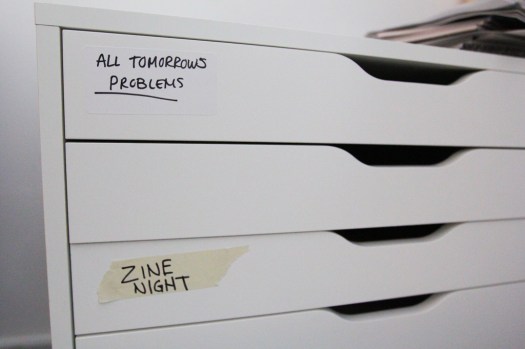 And here they wait for your perusal. We’re undecided of where’s this is leading (maybe a book, an exhibition, a series of posters, a bunch of PSAs, a political party?), but mostly we just really think these conversations should be happening a lot more often around everyone’s tables. We have to make a conversation about a long-view of the future of this city and urgent priority. Maybe the next week will be to write a manifesto or something. The next edition of All Tomorrow’s Problems: Monday, November 12 at 7pm.