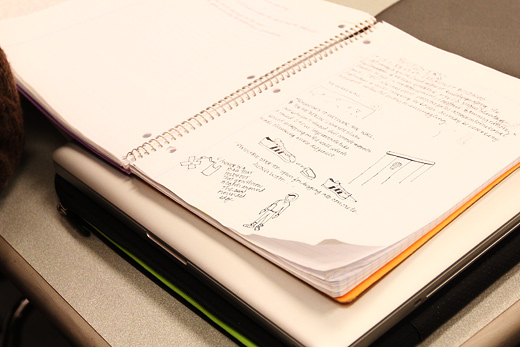 With almost a full crew we spent this Friday night testing finishes, planning ways to cross the border unnoticed, and building supports for the letter ‘R’, all while being filmed by a documentary crew from the Department of Communications, Media & Film.

Above, some notes from Danielle’s sprawling research on inventions for tactically crossing a border. 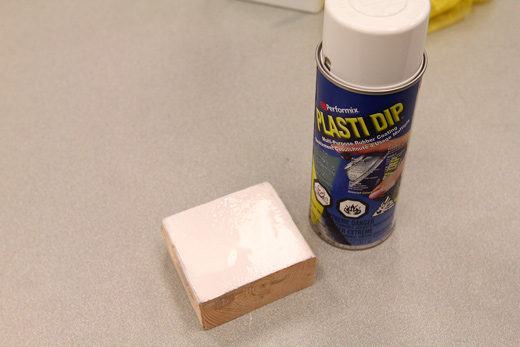 Hiba had found a company that seemed to make large letters for signage carved from styrofoam and covered in a rubber-plastic-type of material. It got us curious about how close that might be to the infamous plasti-dip. So far we’ve only tried the aerosol version of Plasti Dip, but for what we are using it for it might be best to go with the paint on version. So far, our results our inconclusive. 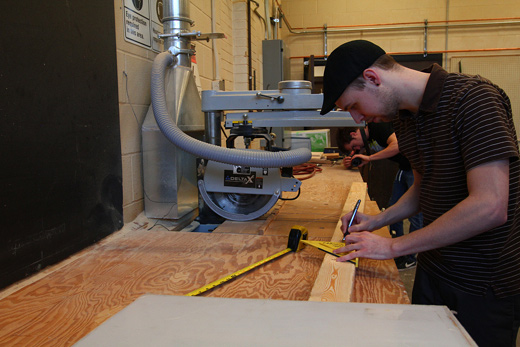 Meanwhile, work continues on the test letter R. Last week, we had started to cut wood for the edging / embossing of each letter, but found that we needed more supports. Above, Josh cutting the 2×4’s that we will be using to support and strengthen the letters for CAFKA. 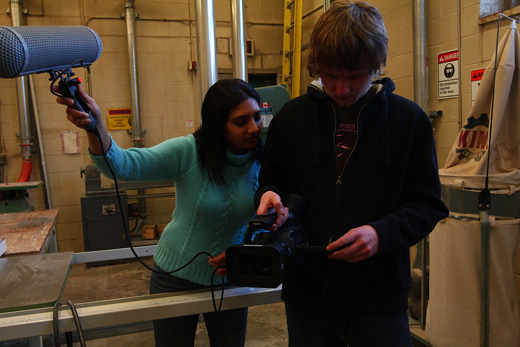 There was also a documentary crew from the University of Windsor’s Communication program film our process throughout the night. 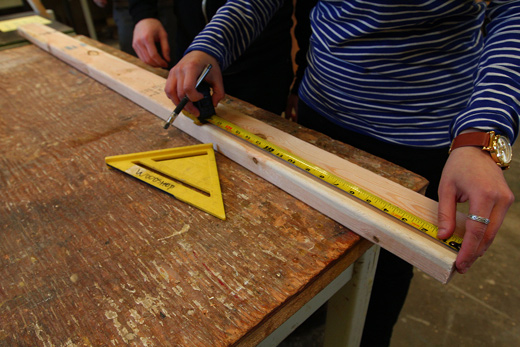 Double checking measurements. Each piece should be 18 inches long to fit inside the letter. 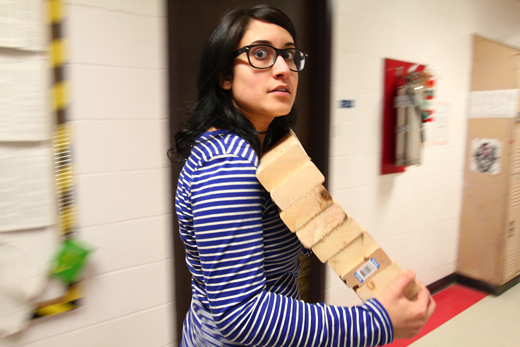 Hiba rushing the freshly cut wood to the sculpture room. 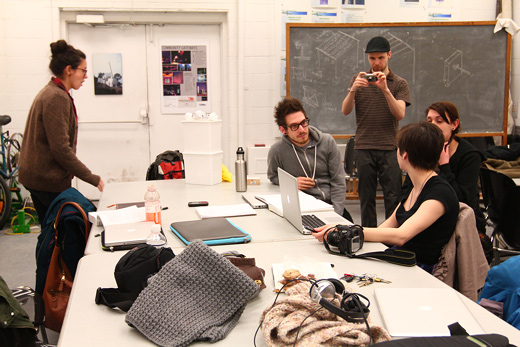 Back in Room 136, Danielle, Michelle, Justin, and Sara worked on How to Forget the Border Completely. 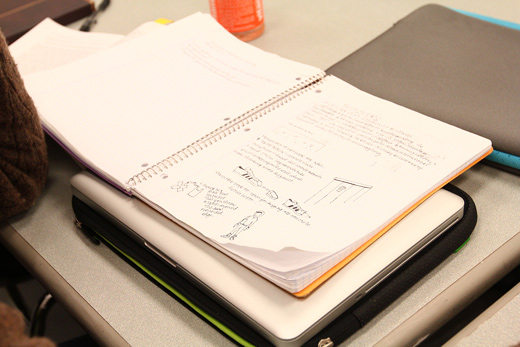 Danielle’s sketch book with some of her border-crossing tactics. 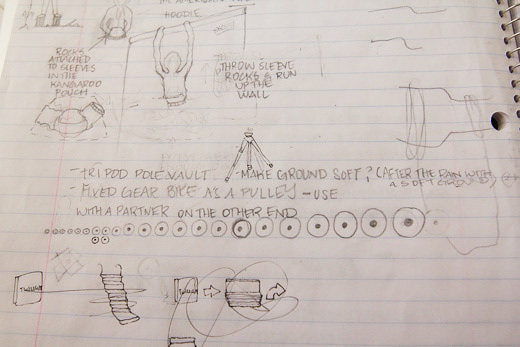 Danielle has been working on some tactical border crossing tools. A while back, she had looked into some obscure border laws and had found that the US could seemingly erect a structure just about anywhere in the US (or Canada or Mexico) to protect its border. So, with this faintly inevitable border structure, which we imagine as some kind of wall, as a backdrop, Danielle invents things like a tripod pole-vault and a fixed gear pulley system. 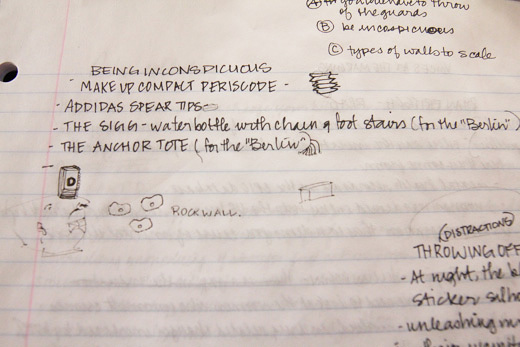 Notes on how to be inconspicuous. 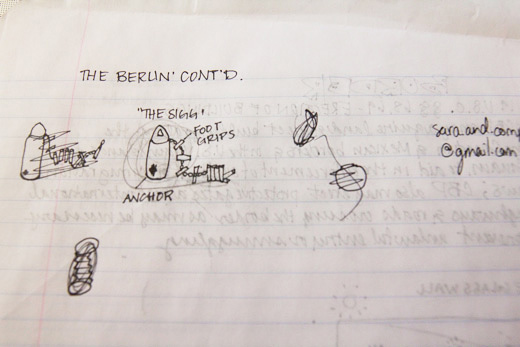 Various contraptions in everyday objects to ease the tactical border crosser. Perhaps these tools could be utilized beyond Windsor and Detroit. 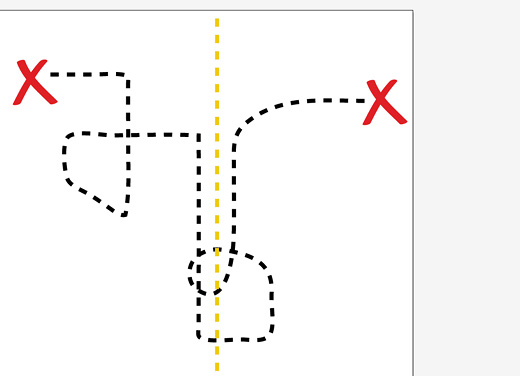 The cross-border portals continue to be worked through with … I’ve been working on some diagrams and graphic renderings to try to communicate the idea of portals that move over a border line. 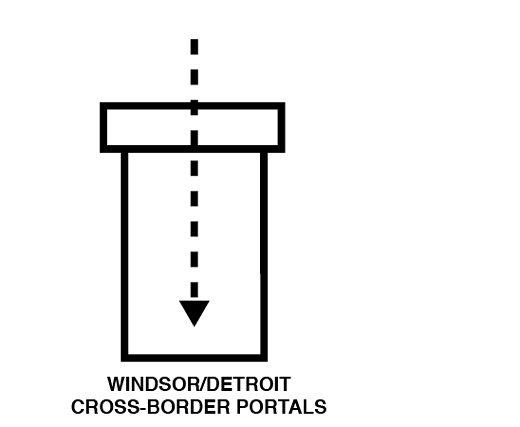 Travelling has never been easier thanks to Cross-Border Portals! 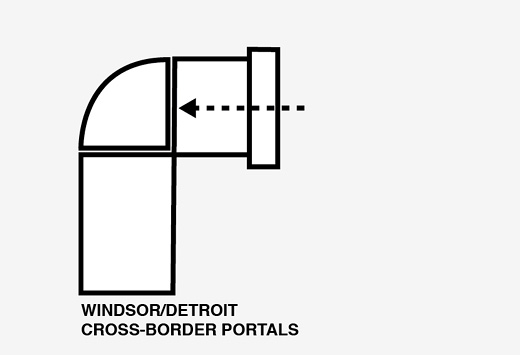 As you can probably tell, we modelled these portals after the ‘tubes’ in the  Super Mario Bros video game… 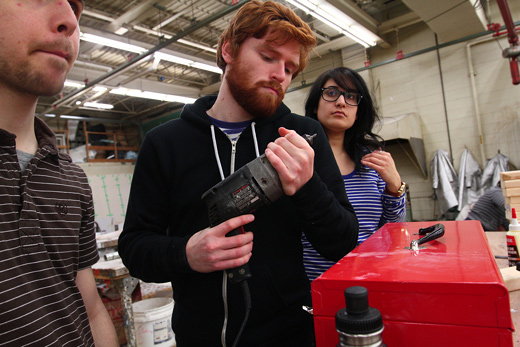 Back in the shop, Kevin, Hiba, Josh, and Karlyn ready the tools to install more supports on the letter. 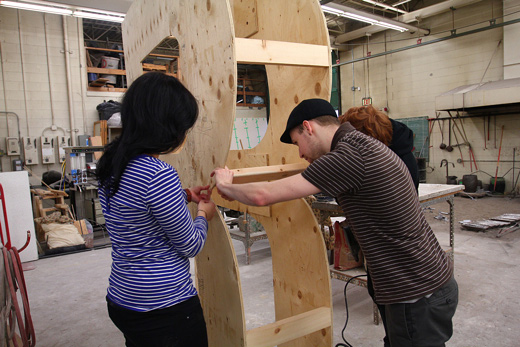 Josh, Hiba and Kevin begin screwing in the 2×4’s to the inside section of the letter. 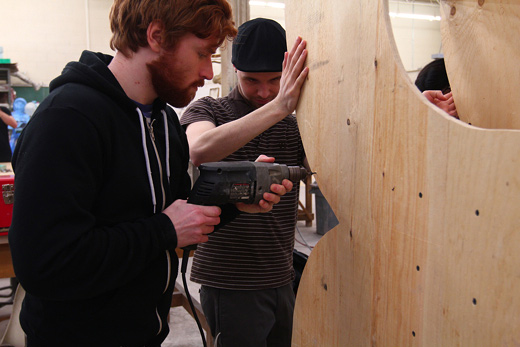 Josh holds the letter steady while Kevin screws in the supports. 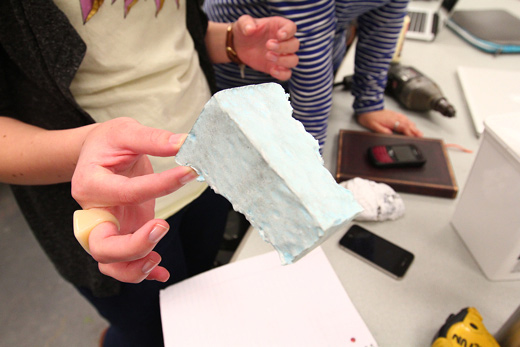 And, in the true spirit of exploration, we also tested the Plasti Dip on some styrofoam but unfortunately it ate right through. If we put a base coat on the foam first it might be okay to use, but that will have to wait. Above, Karlyn holds the remains of the plasti-dipped styrofoam.