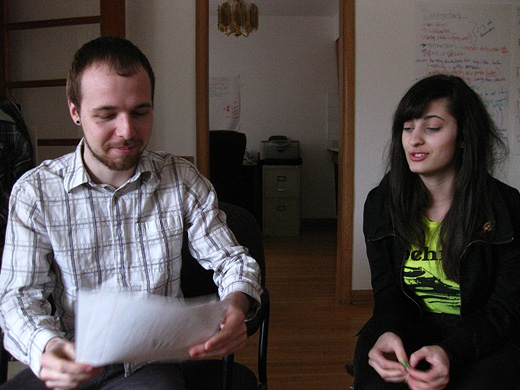 Friday night meetings have been hard to pull together over the last little while. Managing to fit together six different schedules can seem next to impossible sometimes, so it’s all the more fun when we can actually pull it off and all be in the same room at the same time.

We caught up on the recently launched Storefront Residencies for Social Innovation, the upcoming Save the City event, and some ideas for the proposal we’re hoping to put together for CAFKA.

Josh and Rosina had been working on some ideas for our proposal, the idea of looking at the border-zone, so to speak, between Kitchener and Waterloo. They had been looking up the role of embassies. 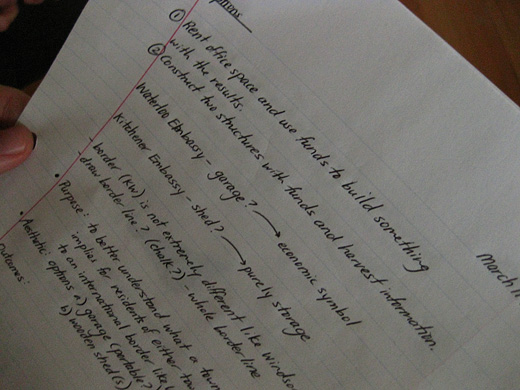 Some of the notes from Josh and Rosina’s meetings. We’re hoping to build something. 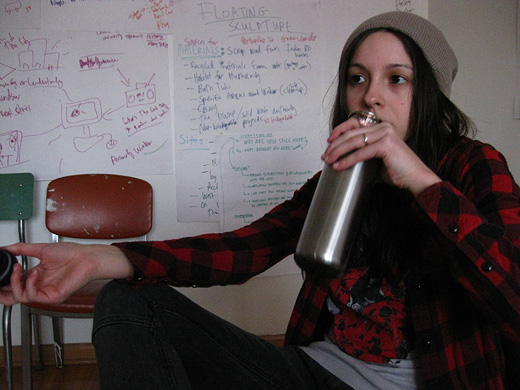 Danielle suggested constructing one building, sitting at the border between Kitchener and Waterloo, which would facilitate interactions that somehow demonstrate the border line. 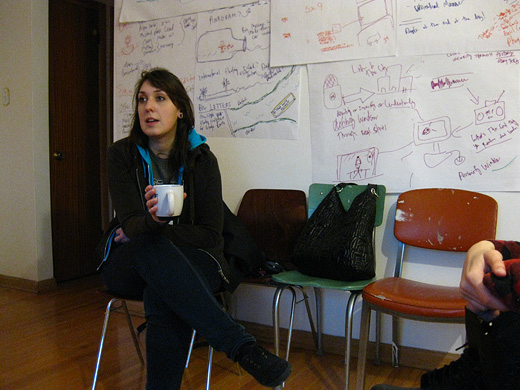 Michelle suggested we consider thinking about the ways in which Kitchener / Waterloo work together as one large neighbourhood in relation to Windsor and Detroit. 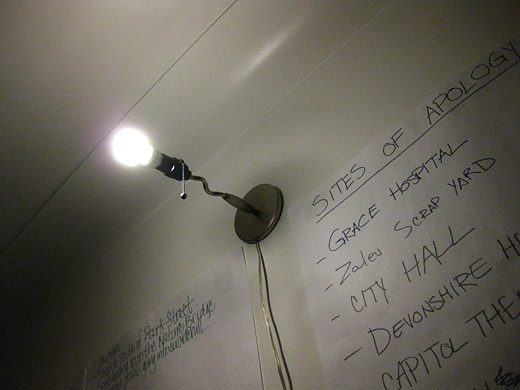 We also hung a lamp. There aren’t any overhead lights in the front room where we usually meet, and it’s hard to feel productive in dim mood lighting alone. It also makes writing on large pieces of paper a lot easier. 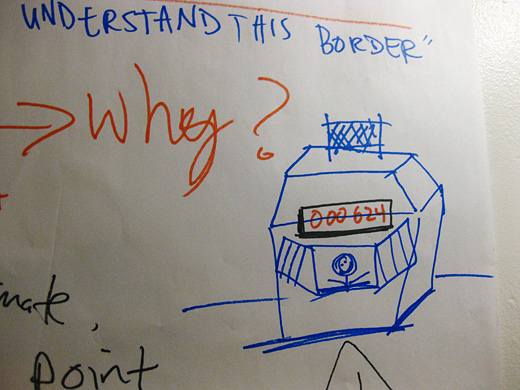 So, what did we write? Well, you can see above the drawing that I tried to copy from what Rosina and Josh put together, with an addition of a large LED counting sign (kind of a people served tally). 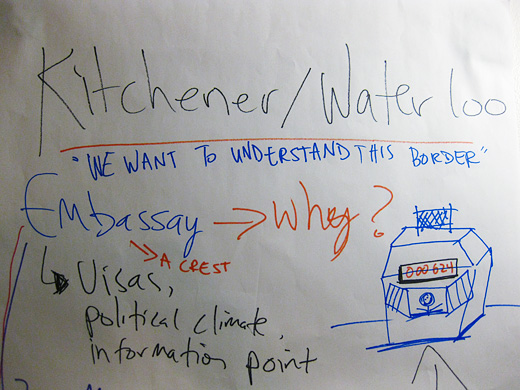 We tried to figure out what an embassy could look like (both physically and in terms of activities), and what a project based around an imaginary embassy could do. This line of thinking really comes out of wanting to compare other border situations (that may not really be borders at all, but are somewhat analogous to the Windsor / Detroit relationship), in order to imagine what the border situation could look like here. 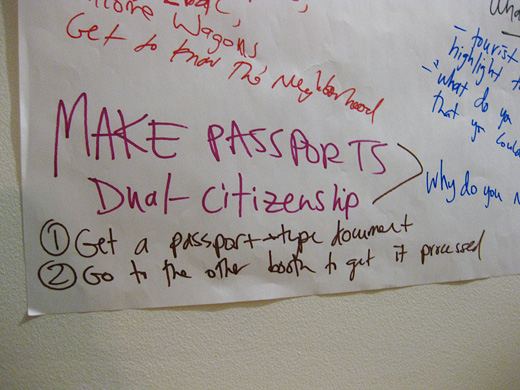 So, we came up with a two-step passport process. We felt pretty good to continue with refining the basic writing around the proposal and some renderings of what the physical structures (of the embassies) could look like.

The rest of the week, we’ll be getting ready for Saturday’s, Sing to the Streets, which will be a huge amount of fun! Francophone folks songs, uncovering the city’s French history, and a mini-parade — you should come!

One Reply to “Imagining Borders in Other Places”