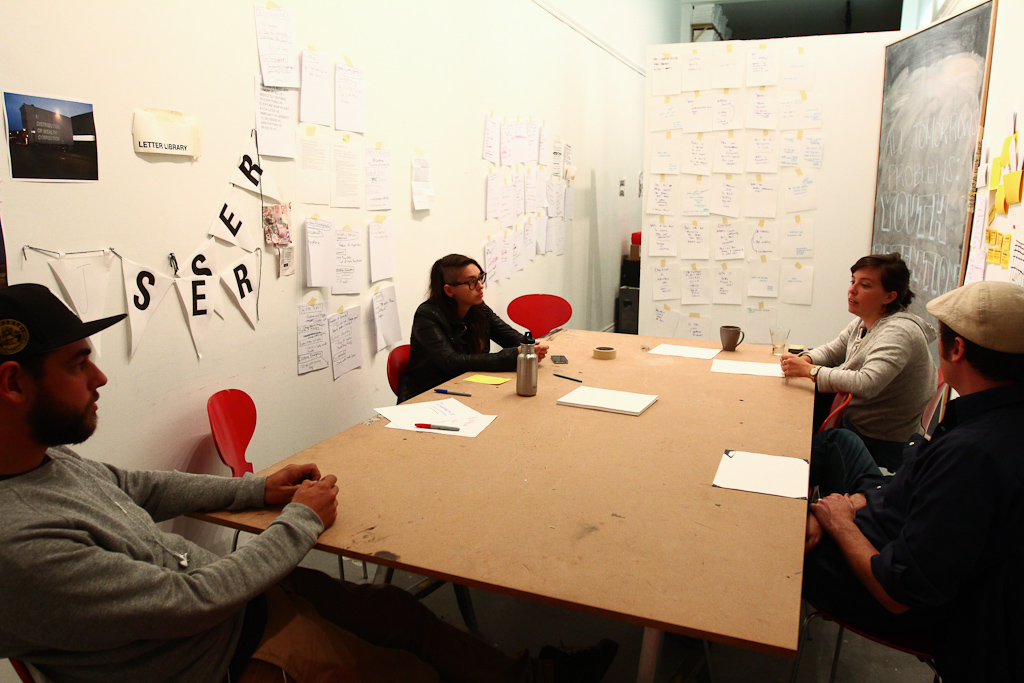 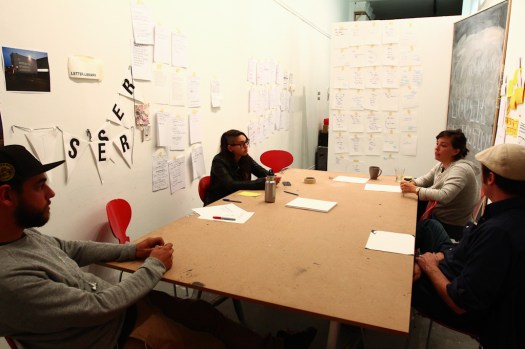 Last Monday night,  a small group of us gathered around the table to talk about All Tomorrow’s Problems. This is an open event that invites anyone to attend and think of this as a very loosely organized group to discuss and exercise your ideas on a specific topic. We may not actually make anything, but we will aim to creatively respond to the issue at hand. It picks up again tonight, Monday, October 15 at 7pm!

Huge thanks to Sam Lefort, Eric Boucher and Dan McCafferty for joining me and Danielle. The goal of this biweekly design night is to articulate and imagine the problems and solutions facing the city in a longer horizon, and which have already begun to reveal themselves. 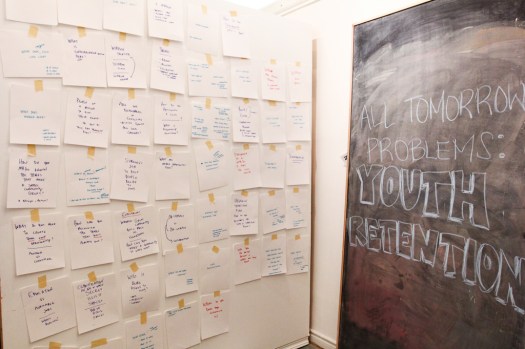 The topic of the first-week: youth retention. It’s not a secret that this has been an area of ongoing concern for me, personally, and so it was great to talk through ideas of how we could address this problem, without them being tethered to the all-too-familiar limits and and realities regularly articulated in the community. 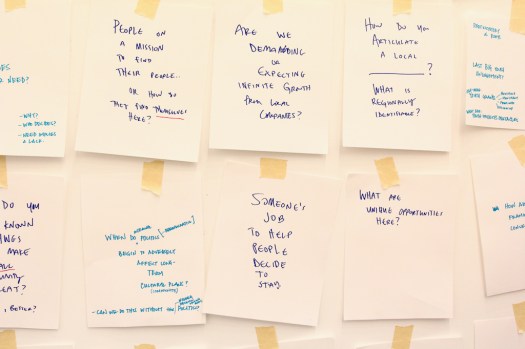 Some of the notes from the evening … I particularly liked the idea of making it easier for people to find their place in the community here, rather than assuming their place is waiting for them somewhere else. The big question framing the entire discussion — what are the barriers in place that prevent recent graduates from staying here? 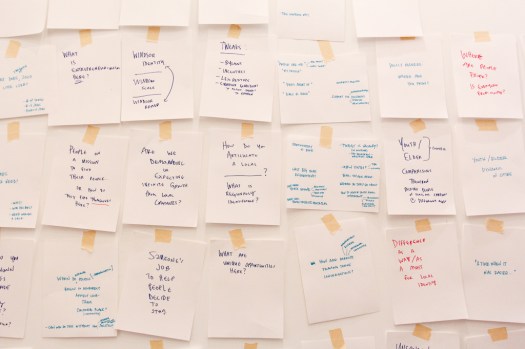 Also discussed — more focus on mentorship, a guerilla marketing campaign for parents to “talk to their kids about Windsor,” a head-hunter for every single graduate, an effort to more coherently articulate the local, and a completely revamped set of bylaws to jumpstart entrepreneurship here that doesn’t look like entrepreneurship in other cities and places.

All Tomorrow’s Problems isn’t aiming to necessarily solve the problems we discuss, but instead, open up an imaginative dialogue around these issues. Solving problems is over-rated anyways, asking the right questions is so much more important. Around the table on the first night, we had artists, designers, filmmakers, teachers, and a soon-to-be lawyer. In my mind, that’s a dangerously good combination of people asking a variety of questions. But, I’m also pretty sure that having you around the table would make it even better.

We’re not dismissing or avoiding actionable ideas, we just don’t want to get caught up in the limits of logistics and pragmatism — the city already seems to do that really well. See you tonight at 7pm.