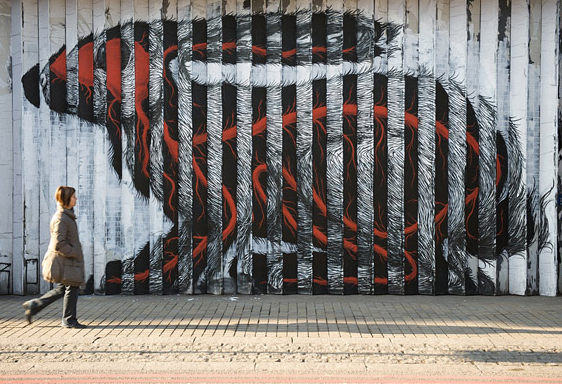 I recently stumbled upon a really neat post by Wooster Collective that featured work by Roa. This piece was found in London, England on a warehouse building with very interesting dimensions.  The picture changes when it is viewed from a different angle.     I haven’t heard of his work prior, so when I dug  a little deeper, I found out that he’s been painting all sorts of animals on buildings and walls around Europe. I think it’s a very cute concept, especially because his paintings of wildlife are specifically found in urban settings.  Something as noticeable as this would be really fun to see on some of the bland buildings around the city, don’t you think?

There are more photos of Roa’s work under the cut.

The two different views of Roa’s lanticular of a rabbit, on Curtain Street. These were taken from his public Flikr gallery. 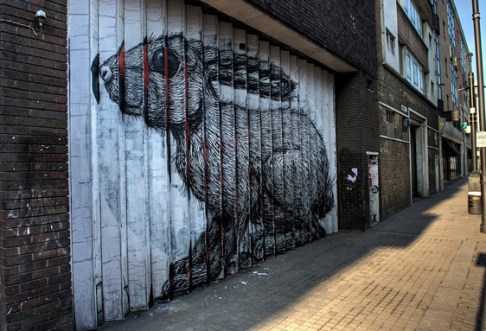 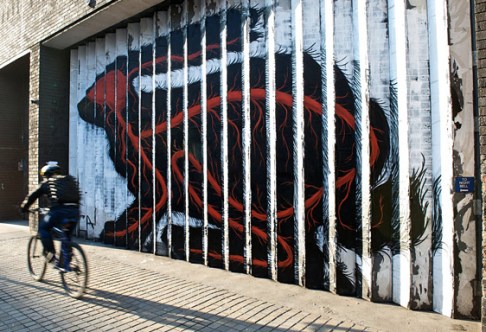 Another piece in London, convieniently on Bacon Street. 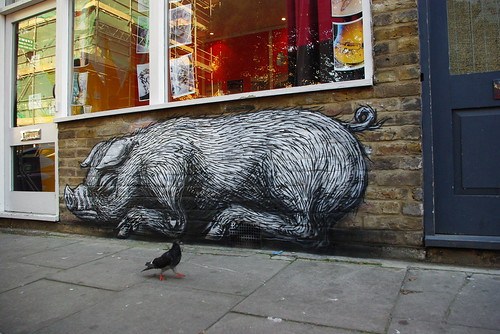