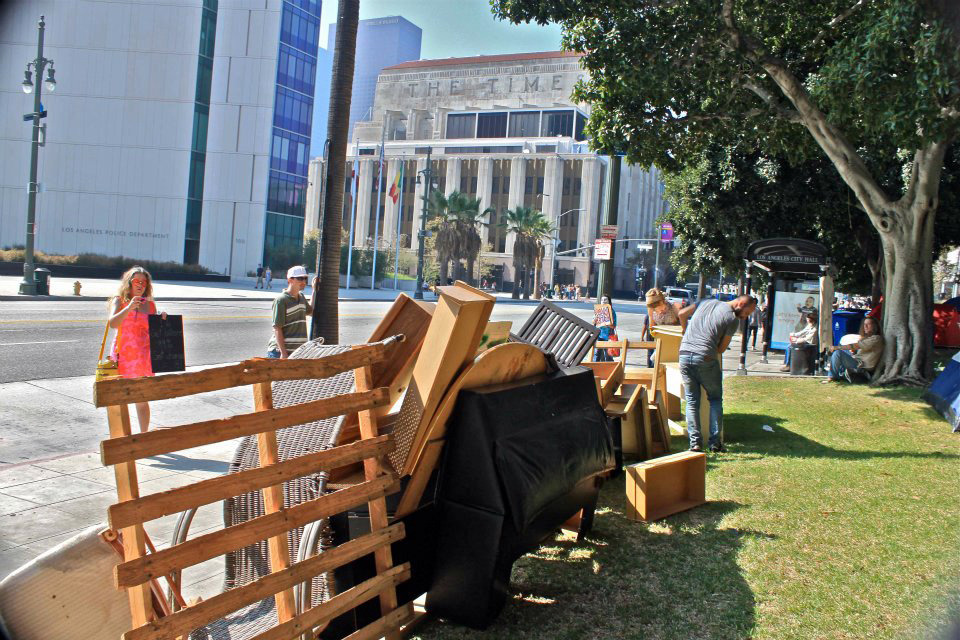 We’re pleased to continue this project with a question for a dear friend and exceptionally generous artist, Rodrigo Martí.

What service or disservice can artistic practices do to our ideas and understandings of economies, politics, and everyday life?

freaking out on field work
rumminations of battles won, lost and those yet resolved.

We were still green behind the ears having just begun a demanding graduate program a week prior. Directed by an invited artist and a curator, we were set to start our first group project. The four month endeavor would consider the responsibility of cultural institutions to their surrounding communities.

The steps were simple enough. Step one; mapping out community-based organizations that aligned with our political motivations, we were then to make contact and initiate a working relationship. There lay the snag in our step. A few of us began to squirm in our seats over the rush to start working in the field. It just so happened that the loudest dissenters were those of us (myself included) who had formal arts school backgrounds. We the squirmers, argued for the necessity of proper preparation which for us meant having more time, doing more reading, and engaging in more in-depth debate around the nature of field work before ACTUALLY getting ‘out there’. The response by the teachers was unequivocal: they insisted we cool our nerves and act on our dedication to the goals of our intended partnerships. Our commitment was an indication of our readiness to begin doing the inevitably dirty and unpredictable work in the field, period.

It occurred to me several months later and after the completion of the project that there was a significant pedagogical, even epistemological position being advocated by our teachers’ insistence on getting dirty rather than rooting ourselves in scholastic insight. Obviously – being in a graduate program – reading would definitely happen at some point. What’s clear to me now is that our hesitation marked a pedagogical and cultural bias we had picked up involving the nature and process of research and ‘good’ cultural production. This caused those of us generally more comfortable in the academic setting to fall back on academia as a preparatory safety bubble to postpone the insecurities felt in getting ‘out there’, potentially making things worse, or making fools of ourselves.

– ALL THE ALL CAP FREAK OUTS –

An echo resonated in my mind from the first gander at Broke City Lab’s question, I’d heard it before somewhere. Preoccupation with the value of our work as cultural practitioners working in the field has come from cynics arguing against its relevance and ethics, by practitioners recognition of the issue as a hurdle to surpass or an ongoing anxiety; it is most definitely in the rumblings of my own thoughts. While the complexity ingrained in the questions of service or ‘doing good’ offers an enormous area to consider, my focus here is on the initial anxiety and its ensuing self-doubts. There is an inherent self-doubt in the questioning of doing good vs. doing bad. Doubt has proven to be constructive to our modern modes of production and in our resultant identities, and though it is fruitful in many instances, it can be detrimental. This doubt’s genesis lies in existential self-questioning rather than a skeptical look at the structural, disciplinary or historical questions. It is my hope to warn against the creeping in of self-doubt as an excuse to work within one’s comfort zones while meandering some of its causes.

I’m in the midst of reading Grant Kester’s second book, The One and the Many, in which he considers the nature of collaborative art in today’s global contemporary art scene. There are two comments he makes that are particularly relevant and succinct. While framing the pressing ethical implications of artists opening up to alterity, Kester points out that there is “no art practice that avoids all forms of co-option, compromise, or complicity.”(1) While this statement can easily be considered a truism, it is also too easy to project insurmountable expectations and build pristine glass palaces around our intentions, especially when embarking towards new territory in our practices. While this projection can be the ‘spirit’ or ideal of your work, lacking a distinction between the image and the necessarily blemished path it must travel to become realized has easily resulted in frustrated efforts and unnecessary hesitation in my experience. This same disparity can lead to prematurely asking: ’is working in the field really worth it?’ without ever dedicating oneself to completing the necessary work. While I have had the fortune to work with, learn from and aspire to the work of several artists who have realized massive, successful projects extending to years of dedicated ground work, fundraising, stranddling of disciplinary and class lines etc.. It is John Cage’s suggestion to help restart an artist’s blocked practice: start anywhere, that trumps lofty intentions to the daily adherence to get through the daily hurdles and road blocks on the path of completing any effort.

The second Kester reference is framed by a larger cultural observation he makes, noting the growth of collaborative practices in recent years and commenting that these practices consider “extended interaction and shared labor..(as well as) participatory practice itself… as a form of creative praxis”(2). I agree with considering collaboratively working in the field as its own space of creative development, sustenance and learning. It has its own particular forms of engagement, not only in the inevitable clashes of working in alterity or the inevitability of the thumb of random, unforeseen or unavoidable disturbances finding their way into our pretty, schematic images of our work. Collaborative endeavors as a form of venturing and working with radically different elements in our practice are a particular artistic form and medium in and of itself. It is from this understanding that my grad school profs founded their advice to chill out and get out into the freakin’ field.

Stress, anxiety and freaking out are inevitable and helpful reaction that help push us to thoroughly prepare for an uncertain task. In a sense as public practitioners, we’re asking for it.

So, what can artistic practices do to our ideas and understanding? ANYTHING! No matter if its devoted gaze is fixed on politics, economics, everyday life or any other framing of time, system of value or discipline. But when considering what we do, and particularly what is being done today in the incipient institutional framing of public practice, I’d begin by underlying the need for not only an articulation of the nature of the ethical value of our labor, but also for the necessity to maintain a productive mix of morale support and productive critical commentary or (to add an avant-garde-y splash) ‘rigueur’. Before beginning our first year project, artist and theorist Suzanne Lacy unambiguously proclaimed to my cohort that ‘us public practitioners need to do double the work’. More reason for finding and sharing techniques to sustain individual determination and promote the freakiness one gains from the proximity and dirtiness of being ‘out there’.

Rodrigo Marti is a Mexican-Canadian artist who’s social and conceptual practice has lead to an increased involvement in sociopolitical concerns. Recent projects have worked with issues of access in public education, student activism and gang intervention with particular interest in public speech, myth and freedom of expression. Rodrigo completed his Master’s of Fine Arts in Public Practice at Otis College of Art and Design in May of 2011. He is based in Toronto, Canada and on rodrigomarti.com.

One Reply to “Rodrigo Martí on field work and alterity”