Lee Rodney teaches one of the best courses at the University of Windsor, Border Culture. I took the course in the fall of 2010 and wrote a book: The Creation of Place in Abandoned Railway Cuts in Windsor. 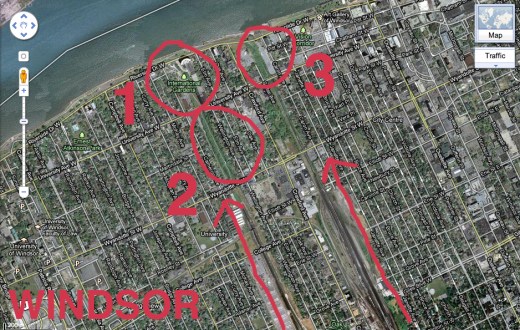 The book serves as documentation and comparative analysis of three specific forgotten spaces in downtown Windsor, Ontario, Canada. Each of these are former sites of railway lines that ran across the Detroit River into Michigan at the height of industrialization in the first quarter of the twentieth century, but are now closed up dead ends and dead zones, unlit at night and undetectable from street view due to their below street level geography.

These spaces have a transient quality, as people exist in them only while passing through, usually as quickly as they can in order to reach a safer location. The contents of this book are based on my own personal experience in and around these spaces as a young adult white female artist, including historical research on the areas as well as references from multiple disciplines including activism, art, urban planning, geography, design, visual culture, gender and feminist studies. The invisible borders embedded within the fabric of these hidden, forgotten underused and misused spaces is examined.

Over the course of the next month, I will be posting chapters of the book with images on a weekly basis. However, I would like to introduce the book by providing some info and context around what I was reading prior to and during the research phase of this project.

So, without further adieu, a few books that informed my book: 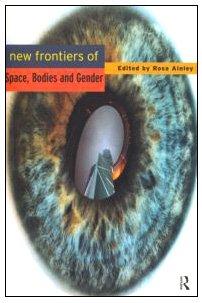 Voices in the Street: Explorations in Gender, Media and Public Space edited by Susan J. Drucker and Gary Gumpert 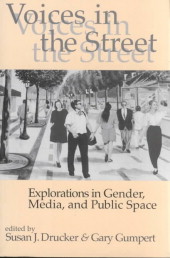 Speaking for a Long Time: Public Space and Social Memory in Vancouver by Adrienne L. Burk 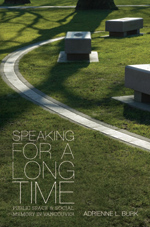 The Power of Place: Urban Landscapes as Public History by Dolores Hayden 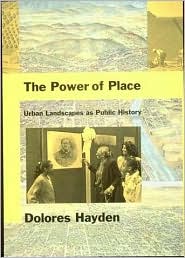 City of Windsor Department of Parks and Recreation: A History of Windsor’s Parks & City Parks Information via http://www.citywindsor.ca/000350.asp

Atlas of Love and Hate by The Detroit Unreal Estate Agency

Burgess, Jacqueline. “But is it Worth Taking the Risk? How Women Negotiate Access to Urban Woodland: A Case Study.” New Frontiers of Space, Bodies and Gender. Ed. R. Ainley.   New York: Routledge, 1998. 115-128

Hayden, Dolores. “Urban Landscape History: The Sense of Place and the Politics of Space.” The Power of Place: Urban Landscapes as Public History. United States of America: MIT press, 1995. 15-44.

Hayden, Dolores. “Storytelling with the Shapes of Time.” The Power of Place: Urban Landscapes as Public History. United States of America: MIT press, 1995. 226-238.

Gleber, Anke. “Female Flanerie and the Symphony of the City.” Women in the Metropolis: Gender and Modernity in Weimar Culture. Ed. K. Von Ankum.  Los Angeles: University of California Press, 1997. 67-88.

One Reply to “The Creation of Place in Abandoned Railway Cuts in Windsor: 1/4 Intro”