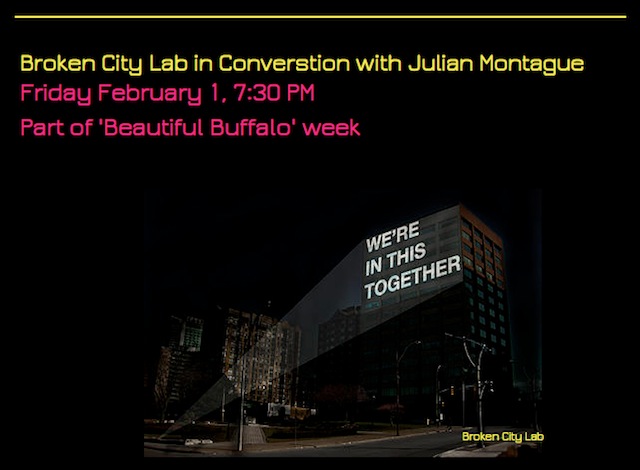 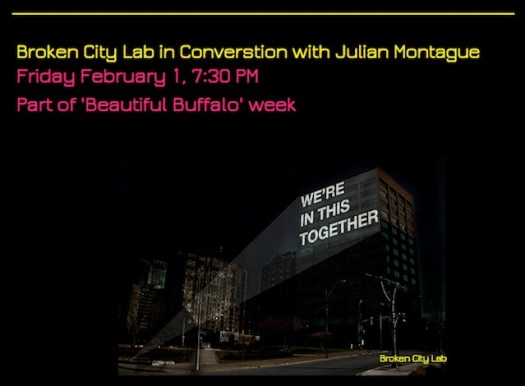 This Friday, Cristina Naccarato and Joshua Babcock of Broken City Lab will be heading to Toronto to participate in a discussion at Videofag with Julian Montague. The discussion will revolve around the repurposing of space in “North American Rustbelt Cities”. Julian will be discussing the topic from an American perspective while Joshua and Cristina will be discussing their work in Southwestern Ontario, Canada.

Julian Montague is a Bufflo-based artist whose work frequently draws upon the socio-political ecologies and aesthetics of the American Rustbelt. His acclaimed projects include ‘The Ruins of 270 Sherman Ave North’, ‘The Shopping Carts of Eastern North America’, and ‘Abandoned House Project’.​

“​Videofag is excited to be hosting these three artists in discussion on the ways in which artists cities with an abundance of space – specifically in so-called ‘North American Rustbelt’ – are innovating new functions for disused buildings/public spaces, and in the process reinventing the possibilities of neighbourhoods, community, and the artist’s role within a city. Specific examples will be drawn from BCL’s own repurposing of Windsor storefronts and empty ad space on city transit.”