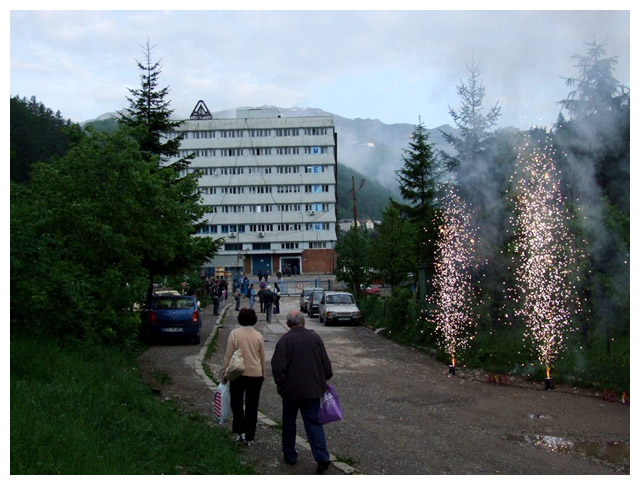 It’s always a bit strange to get so many random emails about great work, and so often there’s not enough time to really explore. Today, though, I’m glad I took a couple minutes to look this over.

The Szpilman Award is awarded to works that exist only for a moment or a short period of time. The purpose of the award is to promote such works whose forms consist of ephemeral situations.

Above, Péter Szabó lit fireworks and fired confetti-canons and smoke-machines for the workers who arrived early in the morning at factories and a bus-station in Romania and Hungary. As some of these factories were to be shut down soon, his labor of love towards the stressed and worried workers appears almost like an alien artistic ritual in the midst of a hopeless daily routine.

The winner of the award, Jaroslav Kyša uses doves as living barriers in the city of London by secretly scattering their favourite fodder in front of shops or across busy streets.