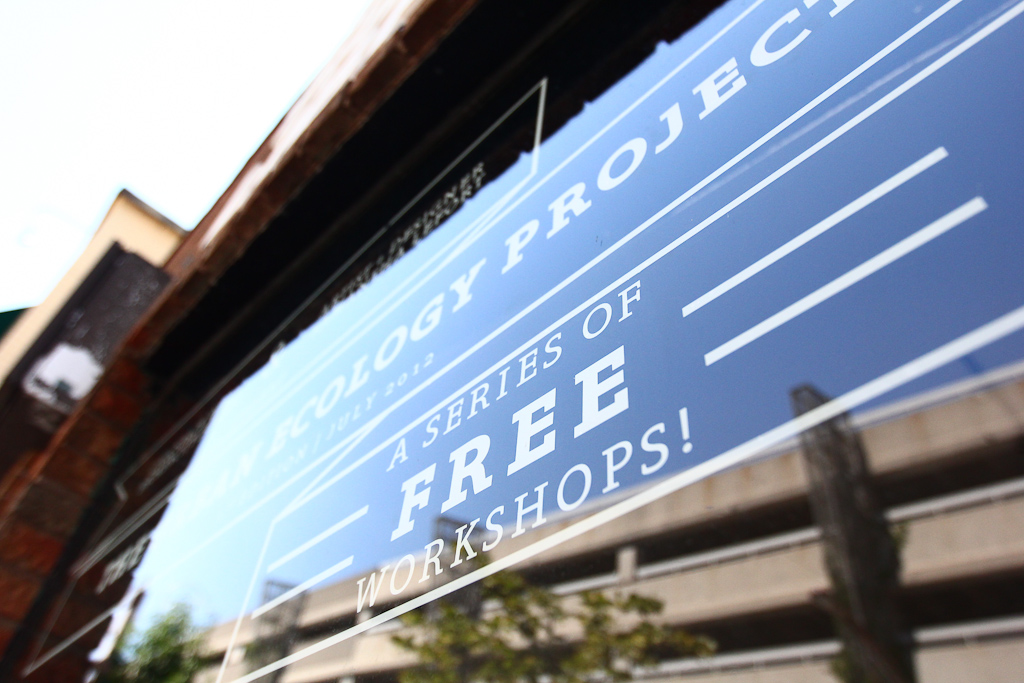 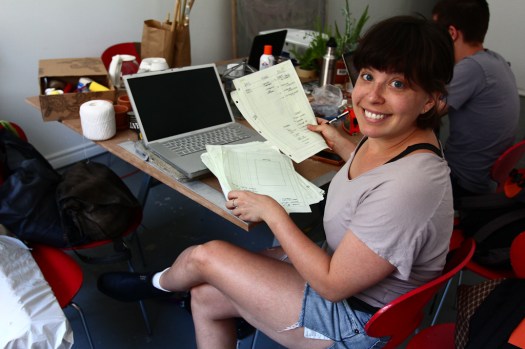 Today, we’re pleased to kick off the first workshop from our first artist-in-residence at CIVIC SPACE! Samantha Lefort will host a series of workshops this week on Urban Ecology — starting today at 3pm with Urban Apiaries (BEES AND YOU, IN THE URBAN LANDSCAPE).

Need to know more? Check out more info on Windsor’s CBC Radio’s The Bridge in an interview with Sam! 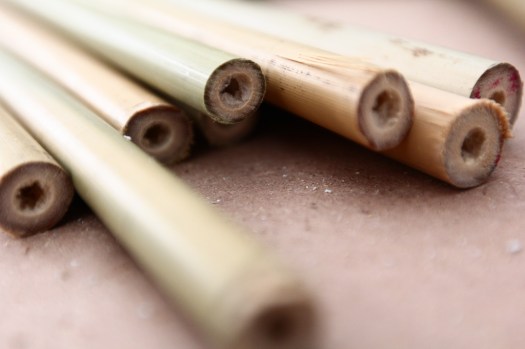 Sam and Hiba spent the bulk of Monday preparing the space and materials for the workshops. 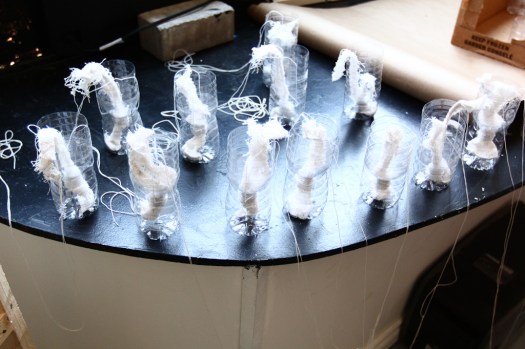 Some prep for the window installation and urban container gardening workshop. 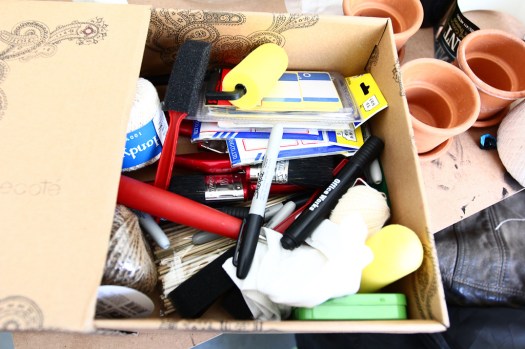 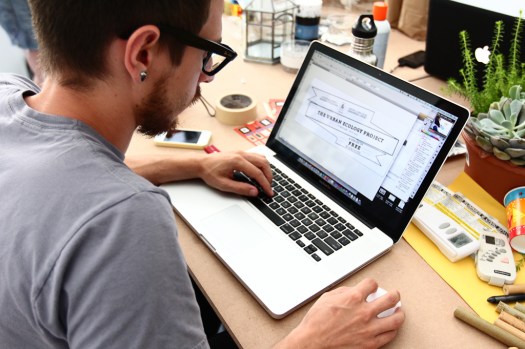 We also put up some signage in the window … translating Sam’s banner graphic into a vinyl cut. 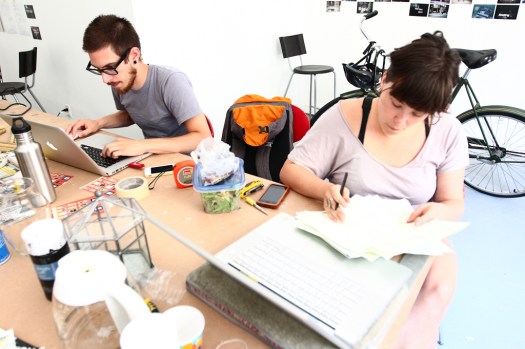 Justin and Sam at work. 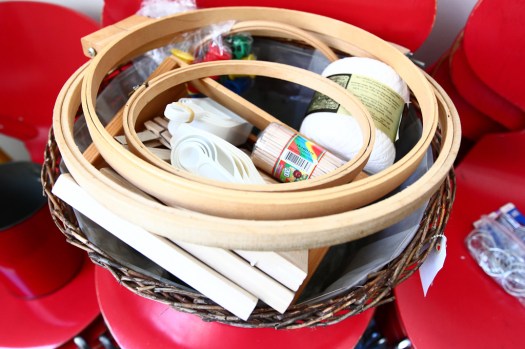 Can’t wait to see all of this come together. 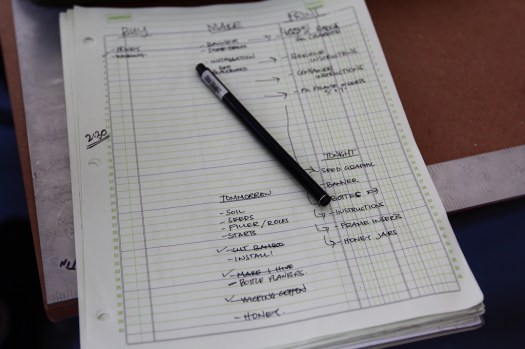 Sam’s to-do list on some ledger sheets she found in an attic in Philadelphia. 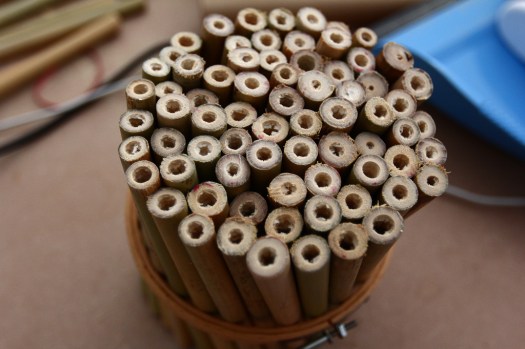 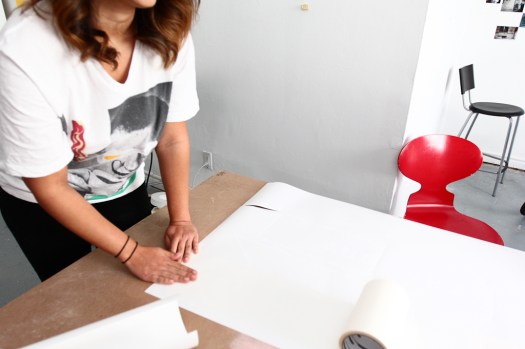 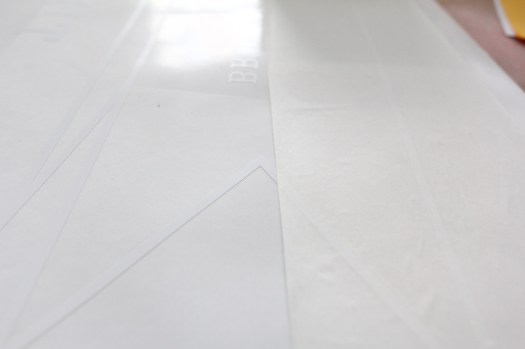 The cut turned out well — and white looks great on the windows. 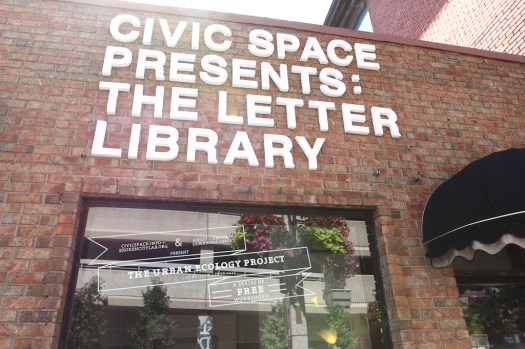 I think we’ll be changing our other graphics to white as well. 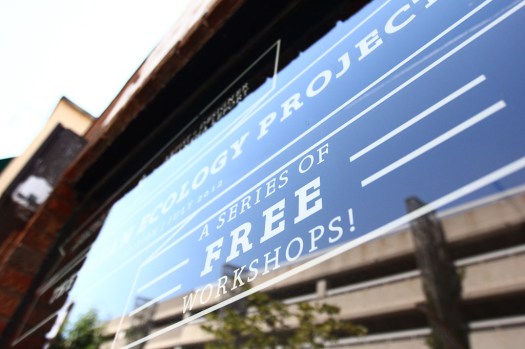 Free workshops all week on making our city a more livable place! Check out the details here:
http://civicspace.info/programming/urban-ecology-workshops/

Also, we’re still looking for some moss for Thursday night’s workshop– anyone have any leads? 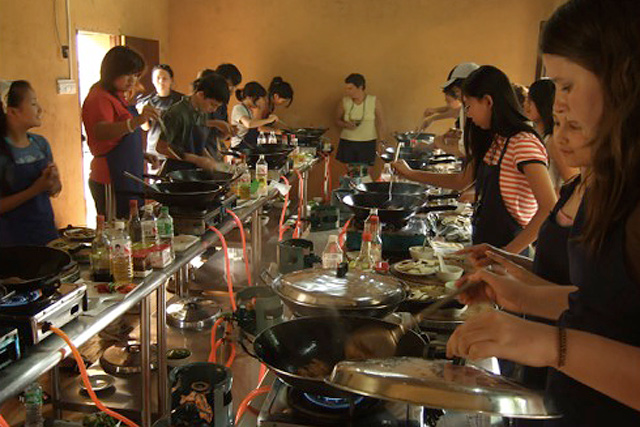 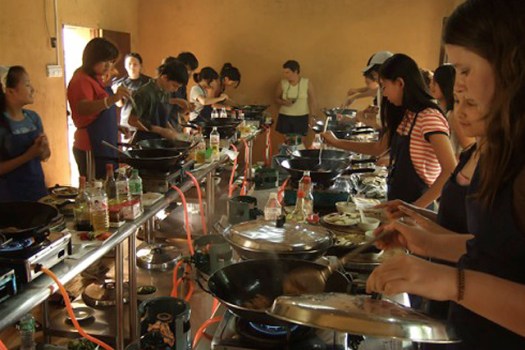 I had to post this so that we could collectively remember to follow up on this in the spring!

DEFL will be a year-round art and food lab + workshop, teaching and experimenting with a range of communities in Detroit, centered in the Eastern Market. We will work with local neighborhoods, schools and continuing education communities to learn cooking techniques, share stories about food and families, publish books, and work with the gardeners and farmers of urban Detroit. The school will also feature an annual Summer Intensive located in Detroit, pairing Graduate and scholars from around the world with Detroit communities. The home space will be centered in a professional kitchen – and restaurant, all meals will be prepared onsite sourced from the Eastern Market and urban gardens. DEFL will have a publishing partner, Signal-Return Press, for rapid production of books, research and special projects.

Building an axis between business, the academy, art, and culture, the Detroit Emergent Futures Lab will be a responsive and community-engaged institution. Nimble in its movements and fluid in its boundaries between business and art, urbanism and civic engagement, Detroit Emergent Futures Lab will support partners, participants, students and faculty working in hybrid forms in downtown Detroit.

Also, on Thursday night they’re hosting a bit of an information session, at Cost Plus Wines from 6.00 – 7.30pm. So, if you’re not already heading to the AGW/SOVA talk, “Is it a Hybrid Practice?”, then consider heading across the border to find out more about this and tell us all about it.

[via an email from Etienne Turpin] 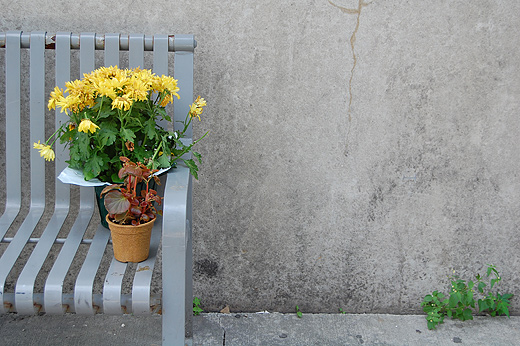 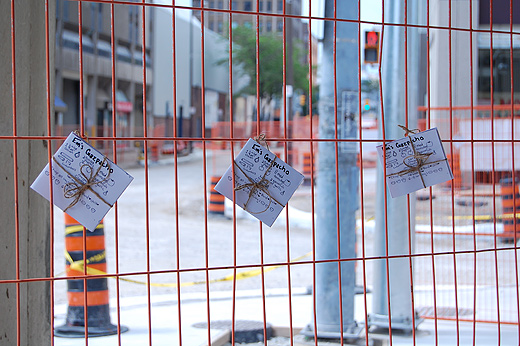 Over the weekend, Emily Colombo wrapped up Miss Em’s Friendly Services with an awesome zine-like handout. Lots of food was prepared and shared.

END_OF_DOCUMENT_TOKEN_TO_BE_REPLACED 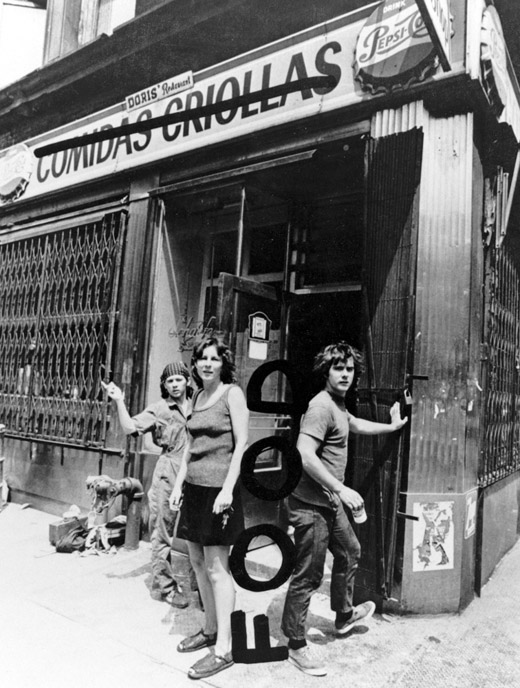 Carol Goodden and Gordon Matta-Clark opened up Food in New York in the early 1970s on the corner of Prince and Wooster. The restaurant, essentially the first in SoHo, was run by artists and served mostly artists, with the cooking itself becoming a performance of sorts. This transition of the space from a failed Puerto Rican restaurant to Food’s occupation to an alternative space that functioned as and questioned art and the potential in economic models based on something other than profit growth.

Established as a kind of “perpetual dinner party”, the restaurant as an idea was the art, alongside the actual dishes served up, the design, and the performance of cooking. Conceptually that’s important, but what’s really becomes interesting is the idea to open a place that wasn’t founded on profit, and indeed collapsed in some ways because of that. However, certainly that’s not the point.

Creating an idea with a sunset date, or with an acceptance of failure from the start, allows for a focus on the things beyond regular concerns. In the case of Food, artists stood in as guest chefs, inedible food was served, a hub of activity was created, and whether or not it succeeded, and indeed eve the tools with which one could measure the success or lack thereof, became irrelevant.

So, what if the next idea you have came along with a self-imposed sunset date? How would you work differently? What would become a priority and what would fade into the background? Tom’s recent post on the not-for-profit restaurant in Windsor, Namaste, invites similar questions and provides some encouraging answers.

I would be remiss if I didn’t also quickly mention Matta-Clark’s significant architectural interventions, again something deserving of its own post, eventually. His “building cuts” works in some ways paralleled the thinking behind an initiative like Food, in the case of these large-scale architectural works though, the question became, what if walls didn’t matter?