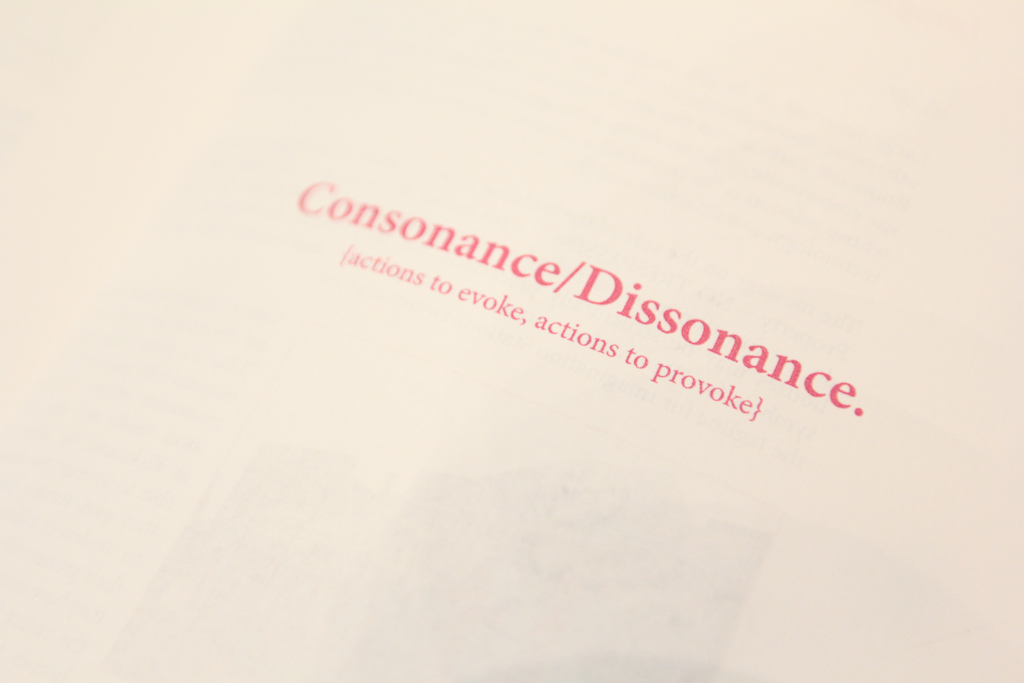 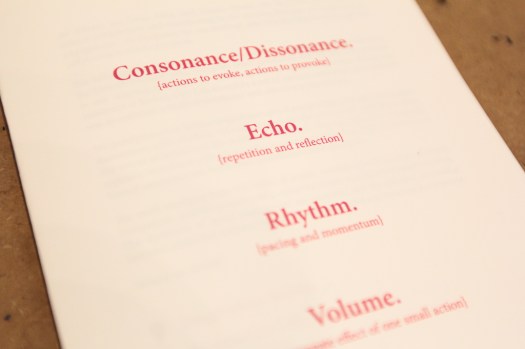 Coming in on Mondays after a 1W3KND residency is pretty much the best way to start the week. Above, a beautiful little booklet created by Irene Chin and Megan Marin. 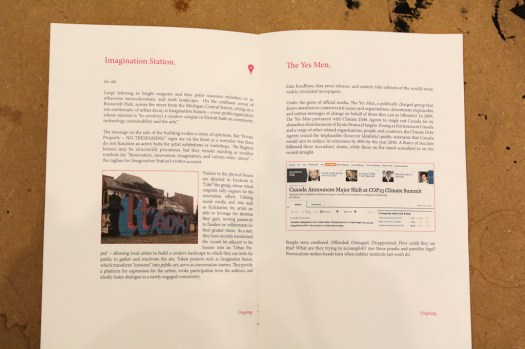 It looks at a number of projects that at a range of tactics and actions: Echo, Rhythm, and volume. 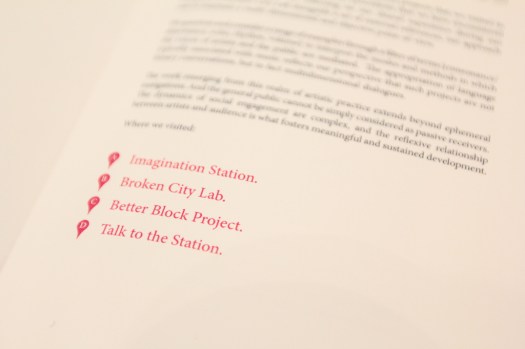 Can’t wait to see where this comes together as the residencies go on — maybe we should get a PDF up here in the meantime? The pitch was great, obviously; the rapped overview of the entire movie, an actual response from the mayor noting the city had no plans to create a Robocop statue, and eventually, an endorsement from the folks behind the Robocop movie.

They reached their $50,000 goal, so the statue is being built. And that’s incredible.

But, in all of this online commotion, which Loveland and Imagination Station are great at pulling together, there’s a lesson in how to approach big ideas. From the Kickstarter page for the Robocop Statue project:

When something like a RoboCop statue comes along and gets people psyched about collectively crowd funding something in Detroit, that energy needs to be encouraged, and ultimately it can be channeled into other efforts and a general awareness that things like this are possible (and in fact happen) here.

And, this, arguably, is going to be the foundation for something much larger. If someone had suggested five or six years ago that Detroit was going to become a haven for artists buying up property and thinking about things like community building, it might have sounded kind of absurd. This is, of course, not to suggest that Detroit wasn’t home to an incredible number of artists at that time, but rather, that it may not have made sense to draw all the dots between those projects and the things actually happening on the ground now.

There’s something about the small, the incremental, the gradual that really seems to be an appropriate response to the situations we face in our communities. There are no overnight solutions, and even if the Robocop statue was arguable an overnight success, I’m inclined to agree with the folks behind the project when they suggest that this statue can actually be the start of some much larger money and ideas being put into Detroit. If a city get puts on a national or even international map because of a strange, small initiative, one certainly has to pause about all the money dumped into larger and seemingly less effective multi-million dollar marketing regional campaigns, etc.

The lesson for anyone in a position of authority out there: just listen and allow creative people with great ideas do great things.