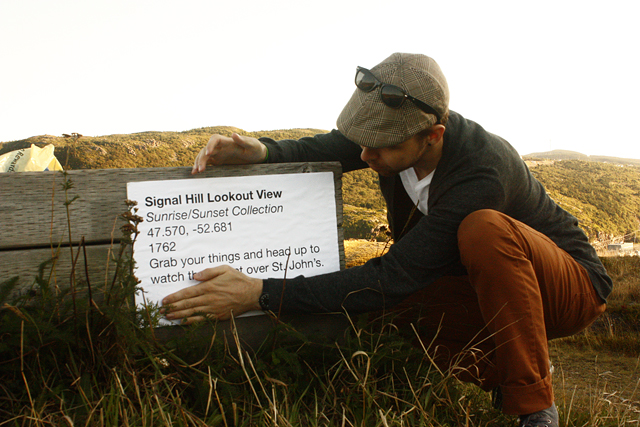 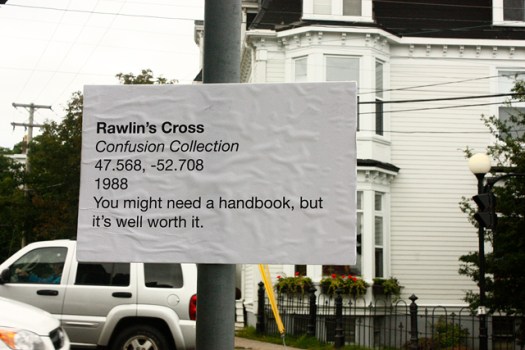 Yesterday, our walking tour adventure continued as we visited the last five stops on our list. 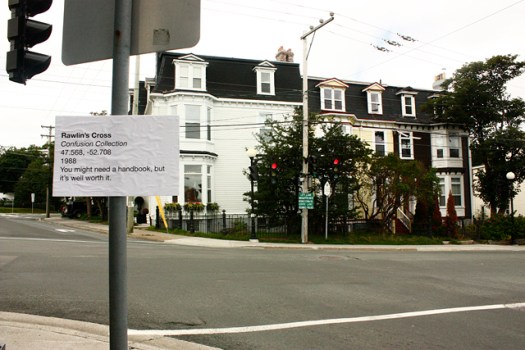 Rawlin’s Cross is known as St.John’s most confusion intersection. With traffic lights pointing in various angled directions, it’s no wonder people have made maps that specifically tell you how to navigate this crossing. 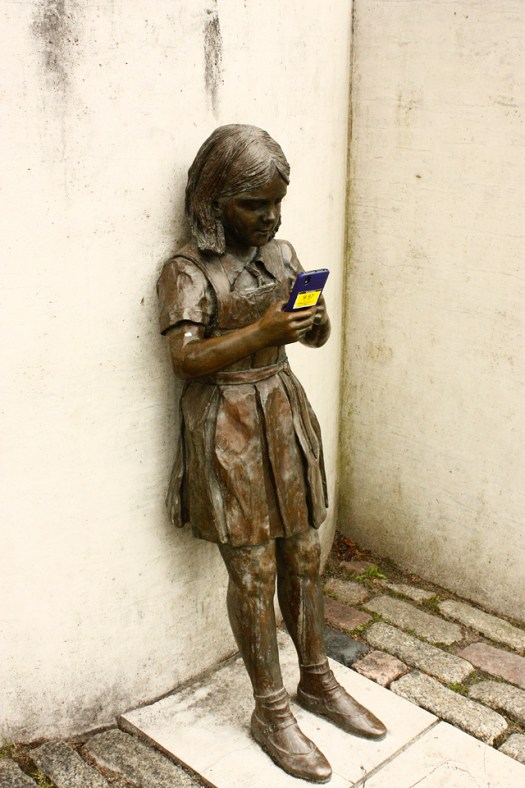 As we walked to our next stop, Josh noticed a sculpture of a little girl that seemed kind of bizarre to him, so he added the finishing touches to the piece. He calls it “Girl Texting” cast in bronze. 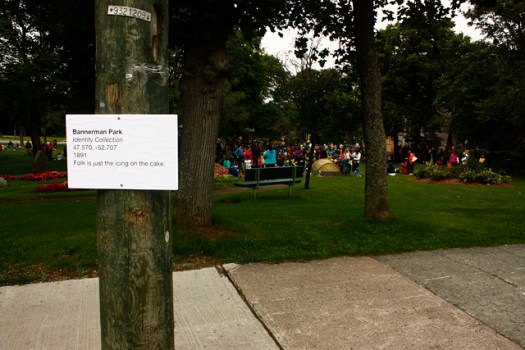 Bannerman Park appears on the Identity Collection as one of the biggest gathering spots in the city. If there isn’t a folk festival happening here, there’s some other type of festival or party brewing. 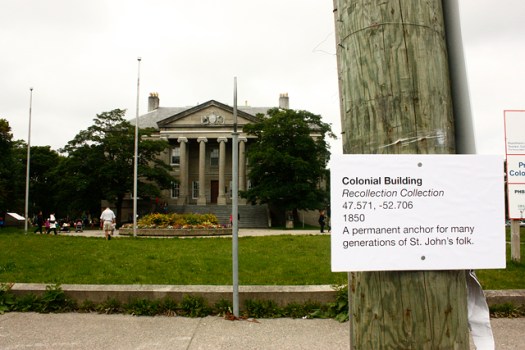 In Bannerman Park is the Colonial Building. People see this building as one of the most important historic sites in St.John’s. 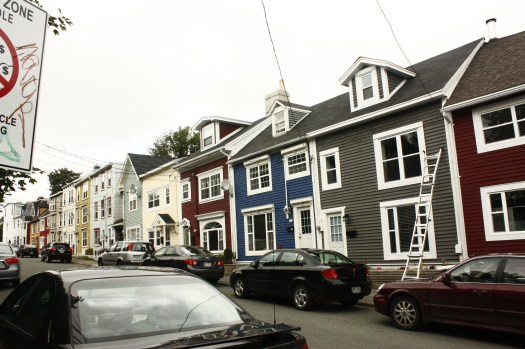 As we continued our walk, we stumbled across another street with a row of Jelly Bean houses. This road caught our attention particularly for the colour choices…we temporarily named it Broken City Lab Lane. 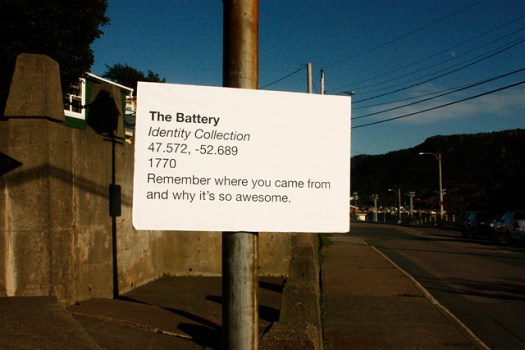 Speaking of Jelly Bean houses, the Battery was our second last stop on our tour and it is also the original spot for this style of housing. It stands as the true cultural roots for any Newfoundlander. Also, the view is beautiful. 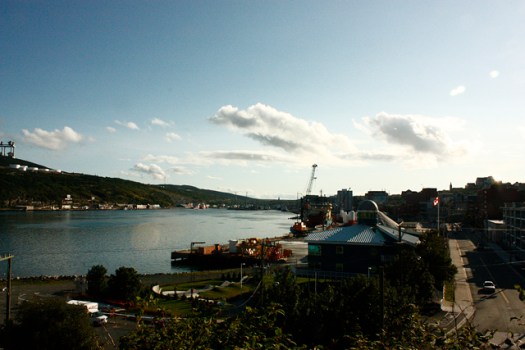 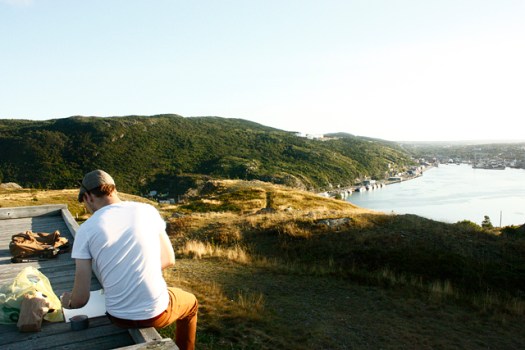 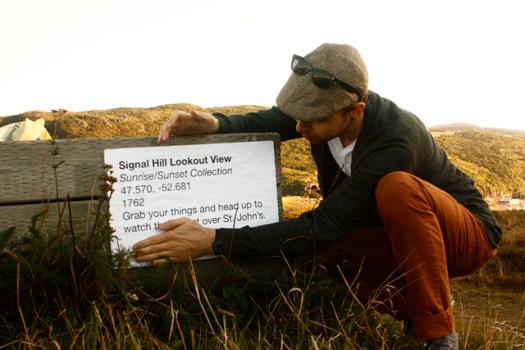 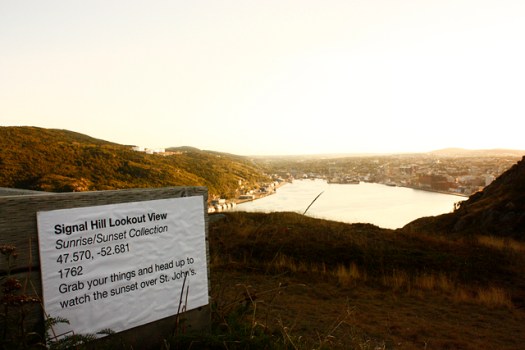 The best place to see the city aerial style. 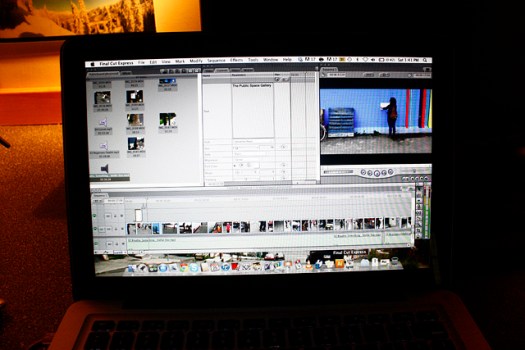 Back at the home base, a video was put together compiling our adventure. We brought this video down to Eastern Edge and had it playing during the Art’s Marathon. 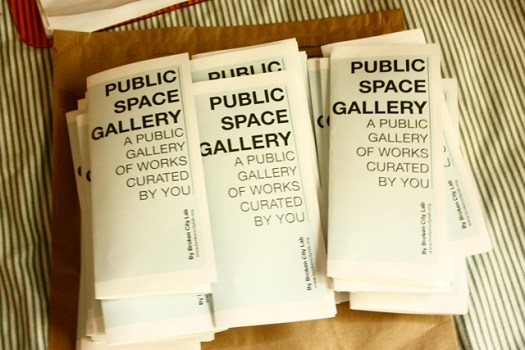 While that was happening, Josh headed over to Staples to pick up our Walking Tour pamphlets. 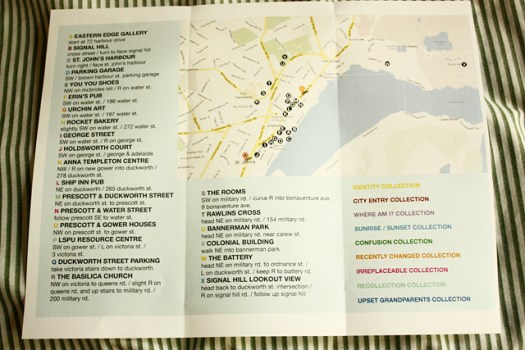 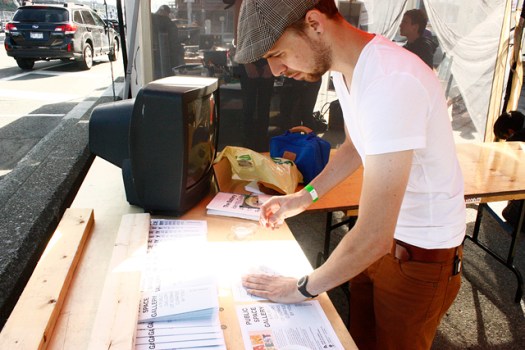 Installing our tent at the AM fest. 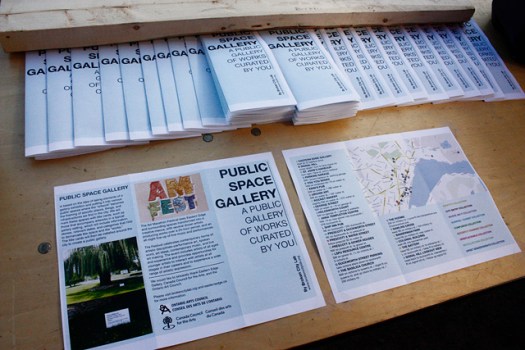 The pamphlets were laid out for festival dwellers to take. 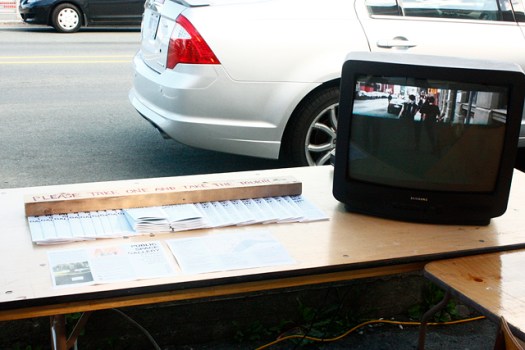 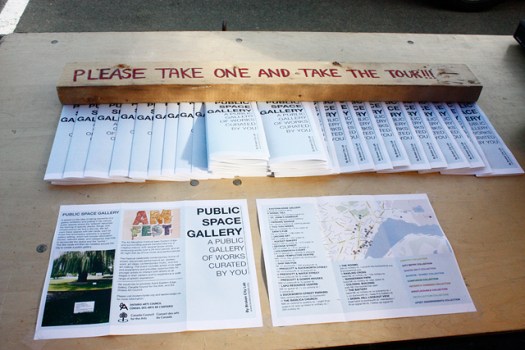 By the end of the night, more than half of the pamphlets were gone. 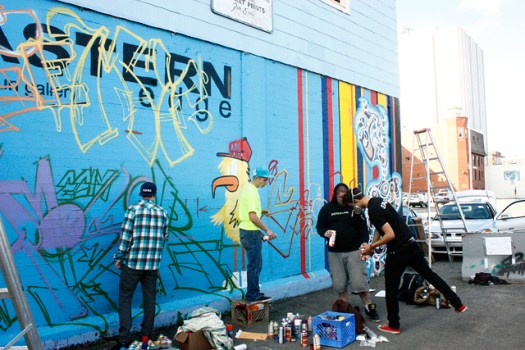 Around the gallery, over 75 artists came to participate in the AM festival in various ways. Above, the Eastern Edge wall is taken over by graffiti artists. 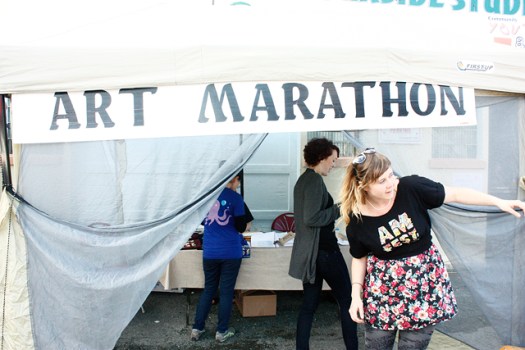 The festival ran for 24 hours straight and was a really fun to be a part of. We want to send our biggest thank yous out to Eastern Edge for including us in the festival.