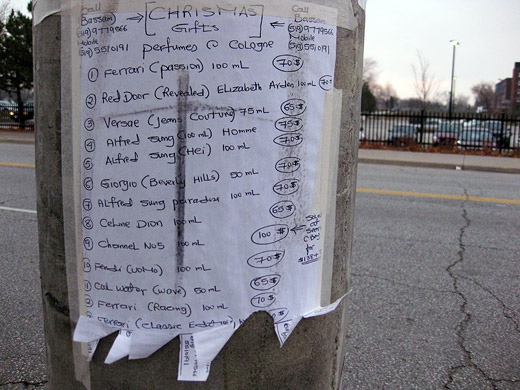 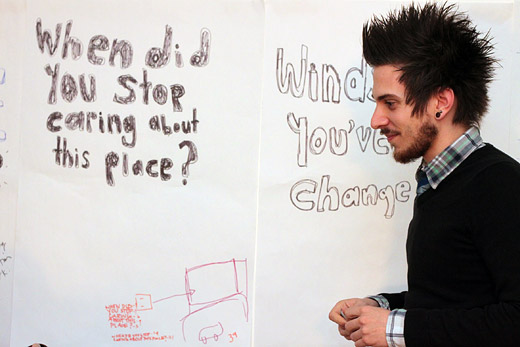 We spent last night watching a rough cut of some of Eric’s ongoing micro-residency project, did a lot of measuring, used Google Earth, did some math, drew some diagrams, and brainstormed a new project (because Cristina wants to sew, a lot).

With the semester basically over now, we’re hoping to wrap up a couple things before the new year before starting on some bigger new projects in the new year, which you will hear about soon!

As per usual, before the meeting we spent some time at Green Bean, and on the way Cristina and I saw this again (having seen it last week, but forgetting to take a picture then). I had, at first, misread this as a Christmas list (as in, a list of what someone was wishing to receive) … and I think I would have liked it better that way. 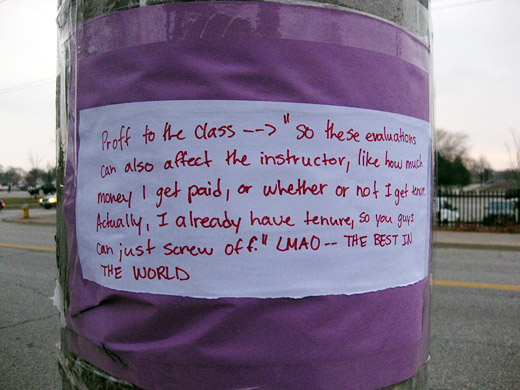 We also saw these … possibly 140 characters? We wondered if these were tweets or just something random, but either way we weren’t sure who made them. 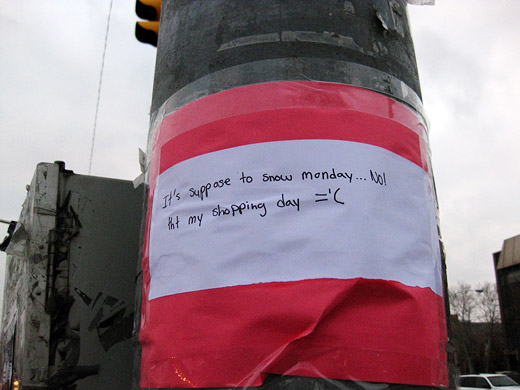 Some were more interesting than others, mostly though, I think I liked the bright coloured paper. 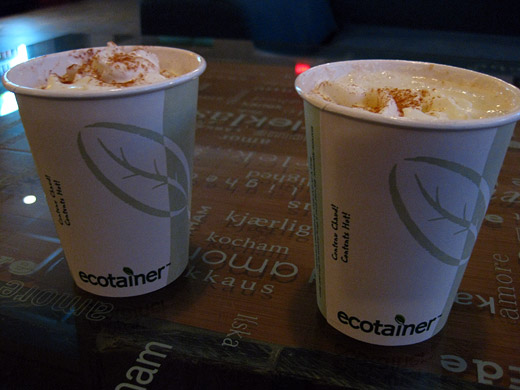 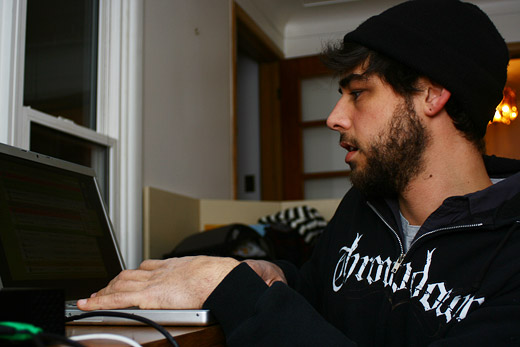 We met up with Eric, he brought over a rough cut of his micro-documentary, connected with his ongoing micro-residency. 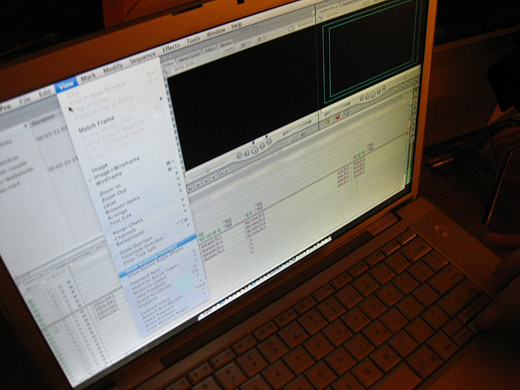 The magic of Final Cut Pro. 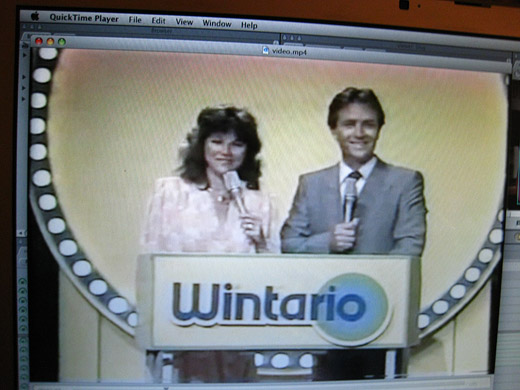 Eric didn’t shoot this, but it’s definitely included (in-part) in his documentary. It’s a clip from some lottery campaign in the early 80s, with this episode (?) in particular being filmed in Windsor. 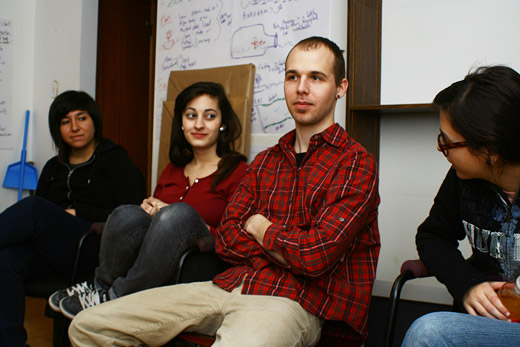 Cristina, Rosina, Josh, Danielle, and I watched the 10 minutes Eric had assembled. 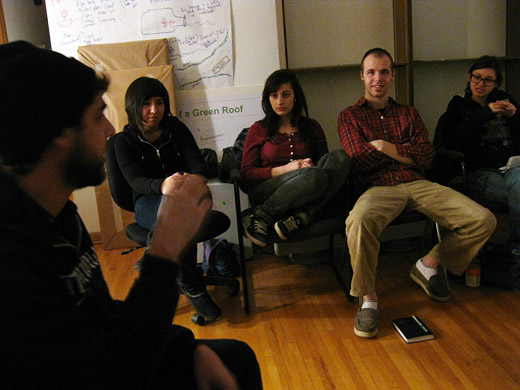 Eric talked about some of this ideas for editing more of the interviews together. Seeing as the interviews he’s already done have been almost an hour long, the original idea of cutting together short 10 minute pieces on each seems difficult. 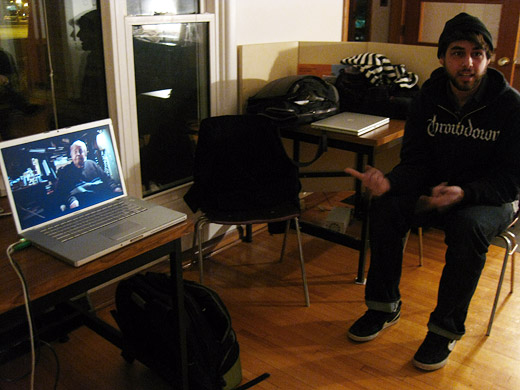 It’s looking like it’ll be a longer film, with all the interviews put together. 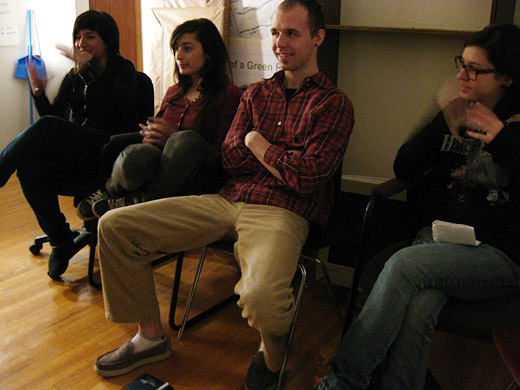 The conversation was friendlier than this may have looked, we weren’t acting like judges or anything… this was just so we could see the screen better! 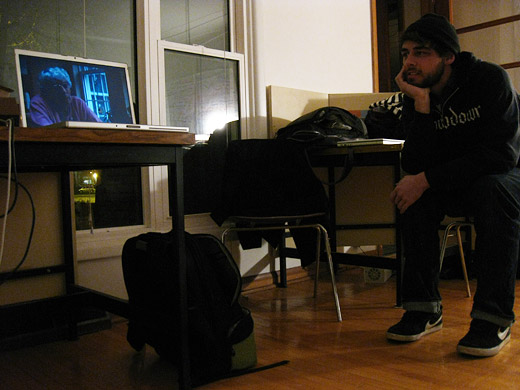 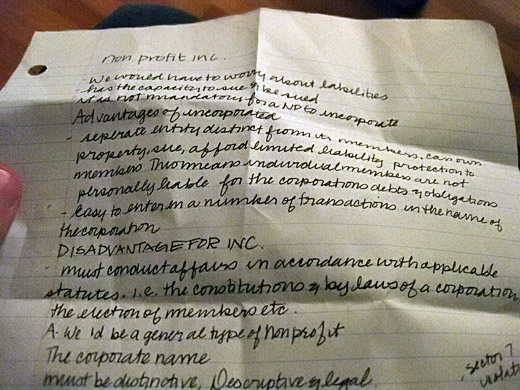 After the screening, we talked about the research Danielle had done looking to the potentials of becoming a non-profit. It looks like right now is not the right time, definitely more disadvantages than advantages—we had been hoping that doing this might ease things for future projects, but for now, we’ll leave this be. 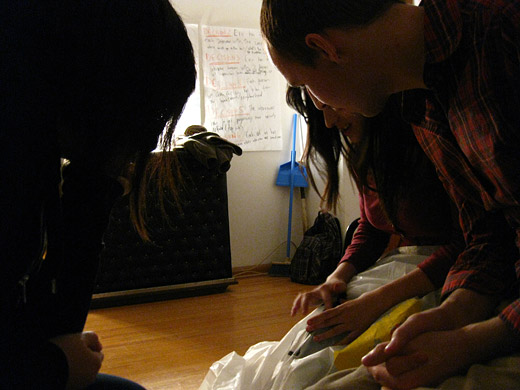 Another project idea we’ve been mulling through is a large-scale banner of sorts. We had kind of started one back in the summer, but this new way seems like it’ll be a little less work intensive and a bit more manageable. 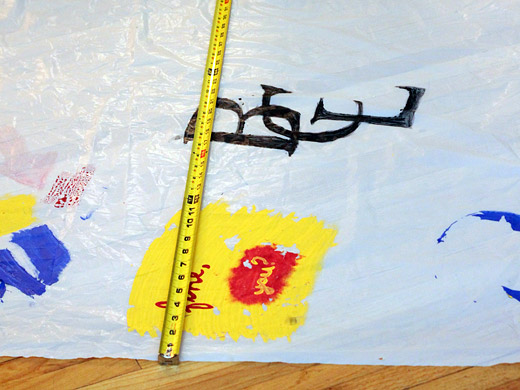 Rosina had done some material tests a few days ago and we set about measuring. We’re thinking about doing one letter per this sheet of plastic that we suspect might be sold as a shower curtain at the Dollar Store. 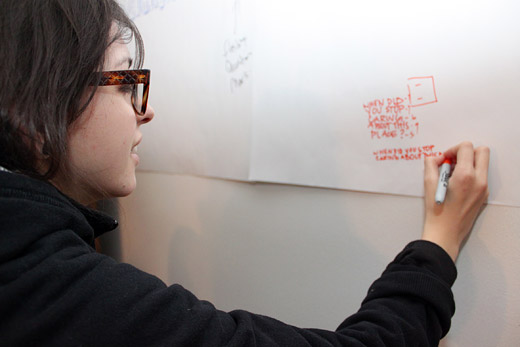 Danielle was doing some basic planning in terms of sizing of the message and some potential layouts. 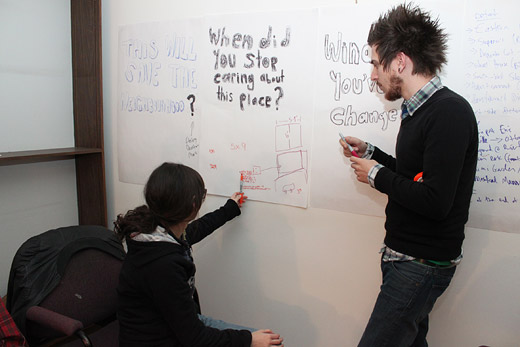 We tried to get an idea of just how large this banner would be if we actually made it at the scale we’re imagining. 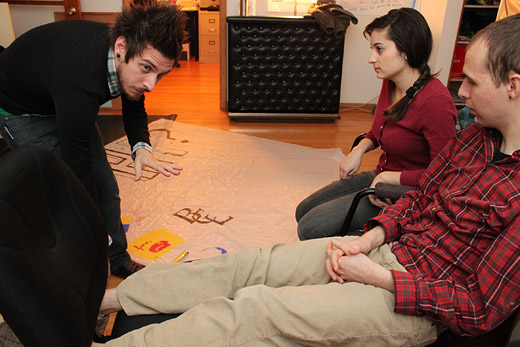 Rosina and Josh talk me through the measurements we need. 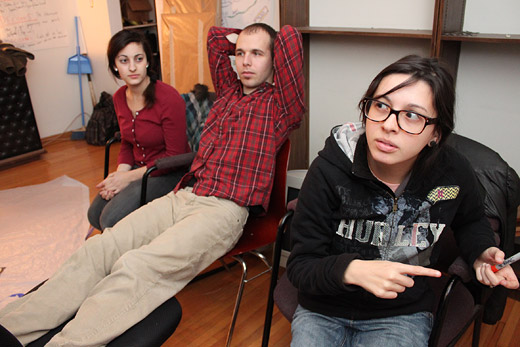 Danielle wonders about the size and location. 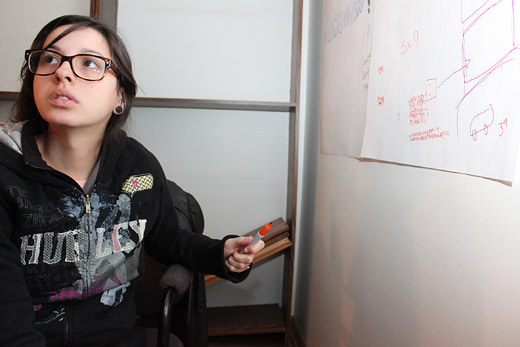 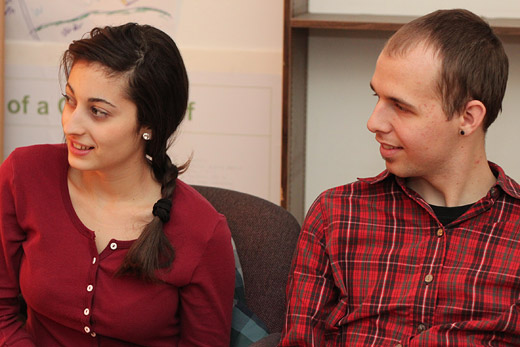 Rosina and Josh watch as I go outside with the tape measure. 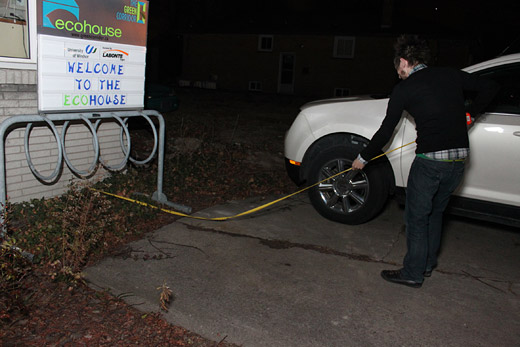 Outside, I try to get an idea of just how large the banner would be. 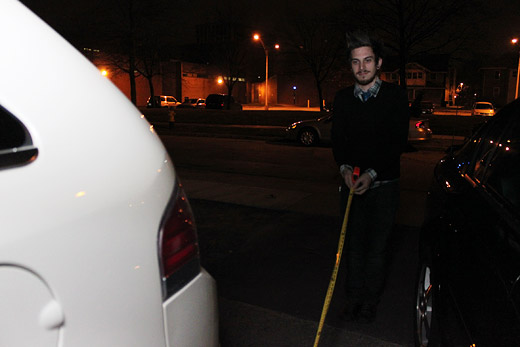 Out onto the street to reach the approximately 50′ width. 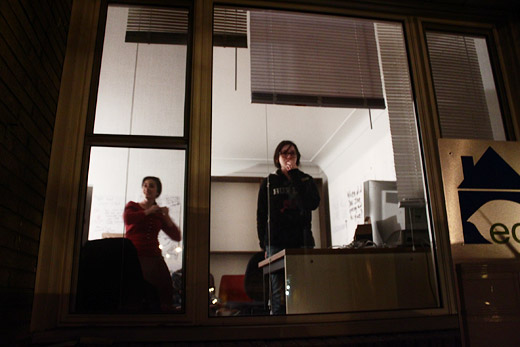 Rosina and Danielle look on from inside, where it was warm.

More material tests ahead and then we’ll probably get started on this project. I’m also slightly excited for it to get cold enough again to try some more text in ice blocks.