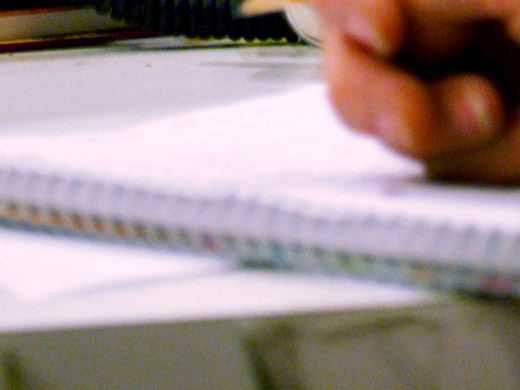 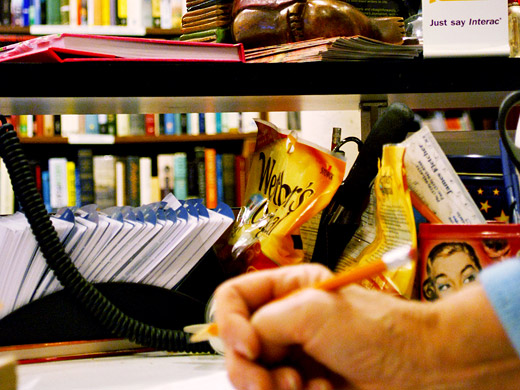 Michelle Wybenga is asking people for love letters to Windsor.

As part of her ongoing micro-residency, she’s requesting from a number of people that she knows in the city for a contribution to an eventual publication of sorts containing these letters among many others.

She spent the weekend at BCL HQ working towards the beginnings of this project and we’re anxious to see it evolve.

Included below are her photos and notes from some of the conversations she had over the weekend. 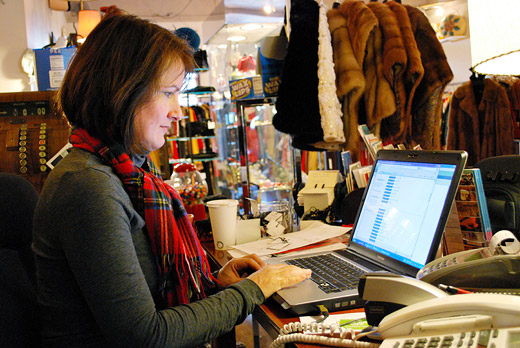 “I started in the east and hit Walkerville, where some of my favourite Windsorites keep shop. The lovely Louise Jones at Jones & Co. was not only amenable to lending her words to the project, but she even let me snap her photograph while holding down the fort on a busy Saturday at the store. As a builder of community among Windsor businesses, Louise is sure to express insightful sentiment. And I bet she’ll bring some swanky stationery into the book, given her penchant for things vintage. This visit set the positive tone for responses to the idea of addressing Windsor personally, in a print forum that can be a compilation made available at local retailers; atop daily dealings, there are things left unsaid to Windsor.”

“I enjoy few things more than revisiting my former employer, Roger Wurdmann, at Juniper Books at 1990 Ottawa St. He took me in and gave me pay when it became obvious that I was going to loiter amid the house and stacks of used and rare books anyhow. His place is a gem: new patrons frequently pop in while passing by on foot and light up in realizing that the front room opens up to a home for more titles than I could keep track of – cue his mother, Margaret, the darling of the store (who chose to practice her hand modelling for me today). She steers the ship while Roger scours the city for even more finds. She’ll oversee his contribution of literary aptitude as he deftly articulates his thoughts to Windsor.” 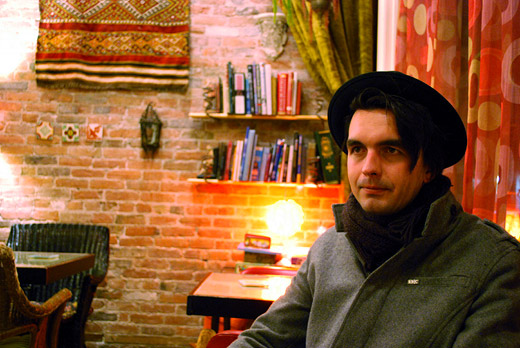 “Around the corner from the bookstore is the office of Stephen Hargreaves. This space encompasses blocks of handsome houses extending east of Gladstone Avenue, all the way to Taloola Cafe. The editor of WAMM Magazine beats a path through the grounds of Willistead each morning in preparation for producing the city’s definitive source of arts and music listings, and scanning a cultural landscape undergoing major flux. With sufficient caffeine consumed, Stephen spends the necessary hours purveying content for an audience eager to know the news (context and critique) of creative endeavour in Windsor. His prose is lyrical since he provides the tunes as a performing artist himself, and he has a song in mind to give to Windsor (penned, as it may be, in the margins of a mag).” 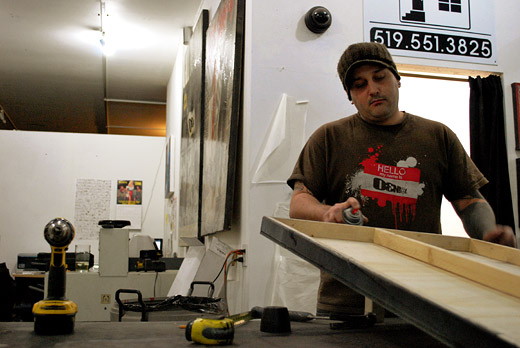 “Back on the west side, things get graphic with Dan at the Pelissier Street Gallery. Although my conversations and correspondence today have me highly anticipating the final products from the people who are making things happen in Windsor, this guy gets me geeky over the possibilities for the pages of this book. As my initial intent was to make my publication photographic, Dan’s ideas are perfect for giving words to his feelings about the city according to his artistic aptitudes and distinct aesthetic; his statement correlates with his impression of Windsor in a way that brings method and meaning together, and coheres the creative ideal underlying (I think – it’s early!) the production of this piece with BCL.”