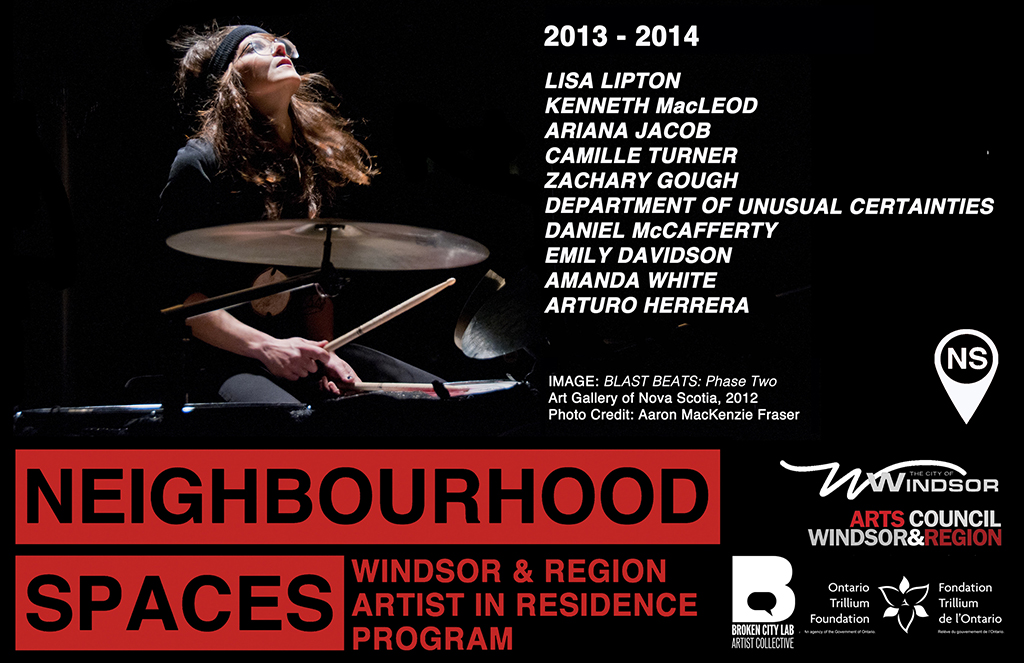 The 2013 – 2014 Neighbourhood Spaces (NS) artists-in-residence have been announced! Residencies kick-off this week with Lisa Lipton (Halifax, NS) at Atkinson and Forest Glade Skate Parks in Windsor, ON with her project: BLAST BEATS: Phase Three.
BLAST BEATS: Phase Three is an exploration in alternative methodologies for building a feature film on the road that spans the scope of Lisa’s experiences as a visual artist, musician and director. Each scene is being constructed in different locations across North America and explores the potential within transforming multi- media installations and performance into film sets and scenes. The narrative evolves with each place and space, and is informed its local community members and conversations with participating collaborators. Through mixing landscapes, people, artistic practices and genres of music, the project aims to unite a vast linage of creative energy in order to create a diverse story and feature film that transcends time and space. For her 6-week NS residency, Lisa will facilitate the making of a“Windsor-based SCENE” at the Skate Parks of Windsor to be included in the larger docufictional film.