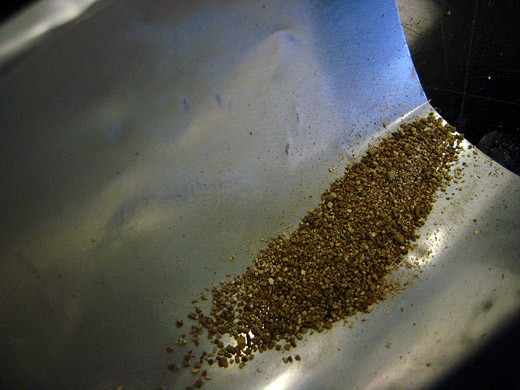 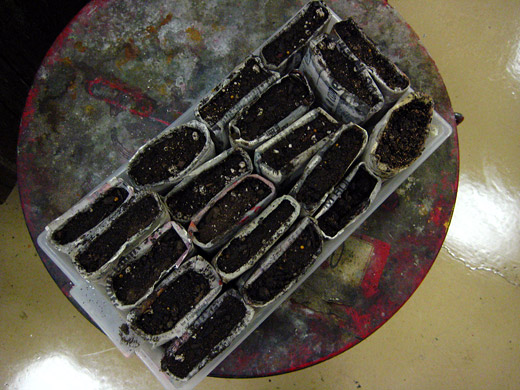 We finished putting soil and seeds into the magnetic planters and set them on a sunny window ledge to start germinating. We figured the planters would stand a better chance at surviving (and staying in place longer than just overnight) if there were some wildflowers starting to grow.

We also went to the downtown space and started brainstorming, but I’ll make another post on that later. The wildflower seeds we were working with come in a large container that looks something like a container of seasoning. The seeds are mixed with vermiculite, which is supposed to promote better growth, and were donated by one of my students in the Green Corridor class (thanks Kelly) for another project. 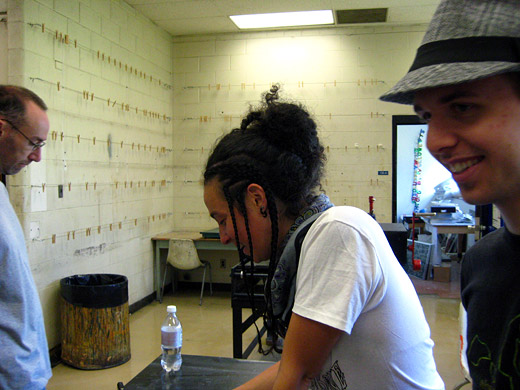 Darren, Talitha, and Josh started lining up the planters for our assembly-line like production. 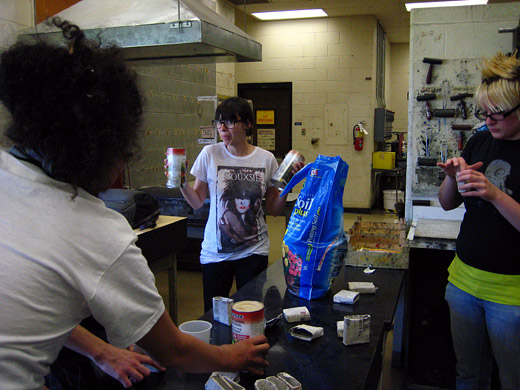 Danielle questions the possibility of wildflower seeds coming in such large containers. 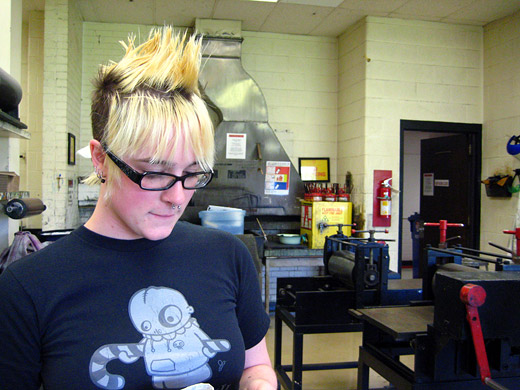 Nicole begins to pack some of the planters with soil. 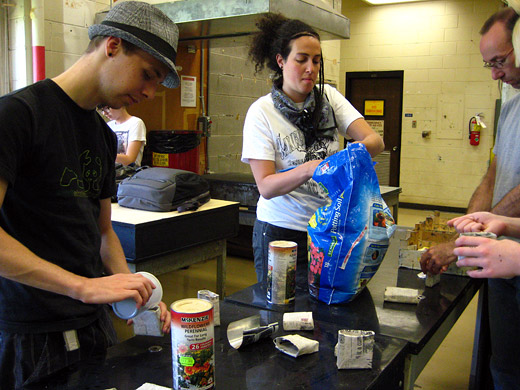 Josh, Talitha, Darren and Nicole fill the planters with soil and then seeds. 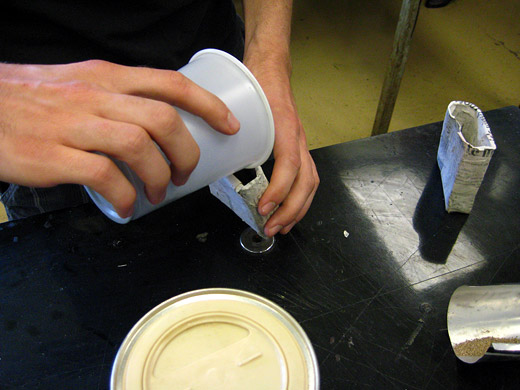 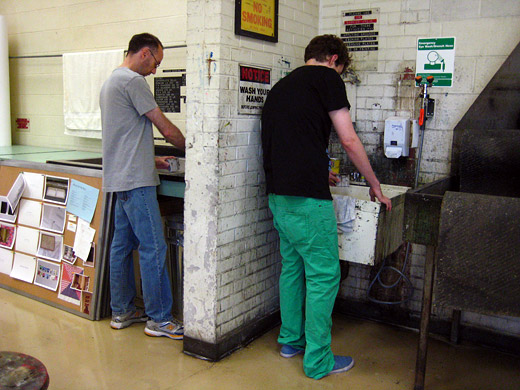 Darren and Steven filled the planters with water. 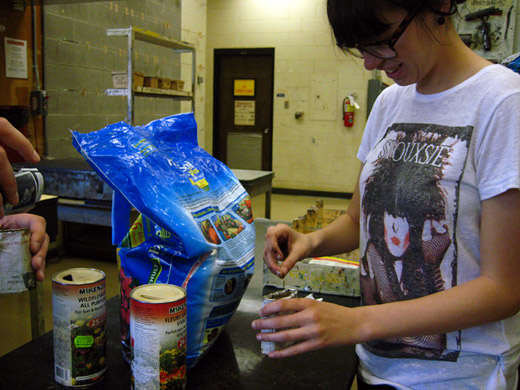 Danielle adding a pinch of wildflower seeds to the planters. 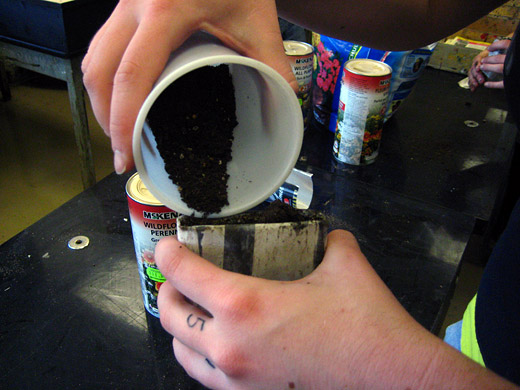 Nicole tops off the planters with soil. 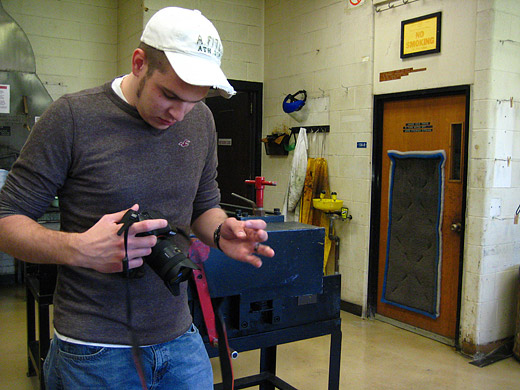 Owen manning his camera and getting his hands dirty. 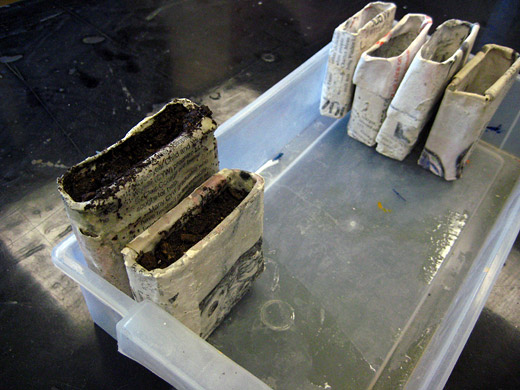 Steven dug up this perfect-sized container to hold the planters upright. 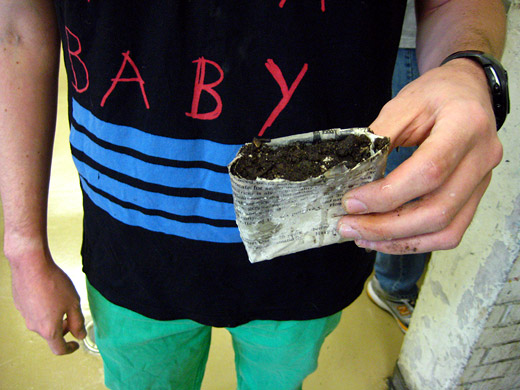 Steven with his freshly watered planter. 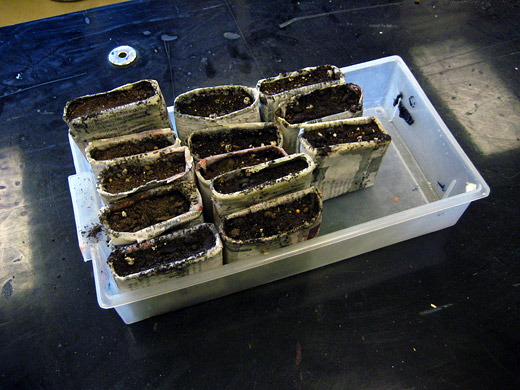 Most of the planters needed to be watered in stages as the seeds kept floating to the surface if they were filled too quickly. 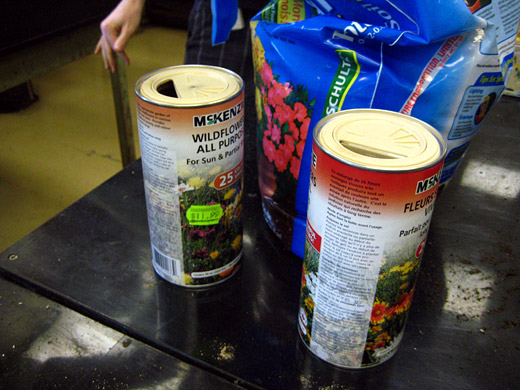 The containers of wildflower seeds (25 varieties) and soil. 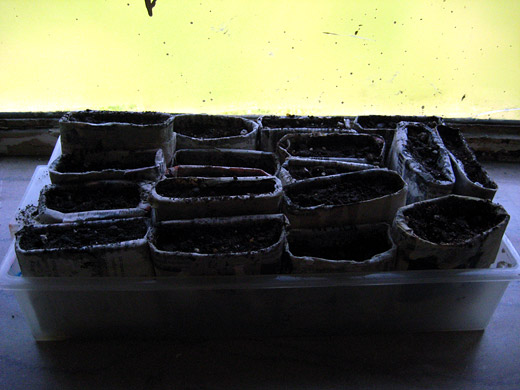 All the planters in the container on the window ledge of Steven (and my) studio (I haven’t moved in yet, but soon!)

Hopefully we start seeing some of the seeds germinating soon and get these up later on this week.