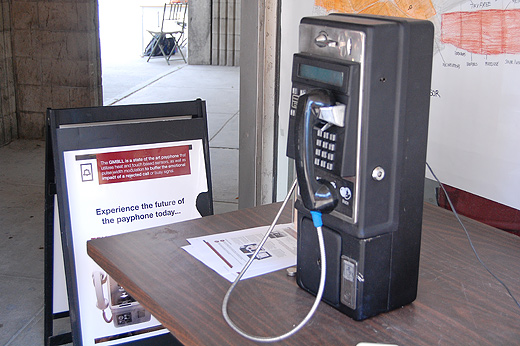 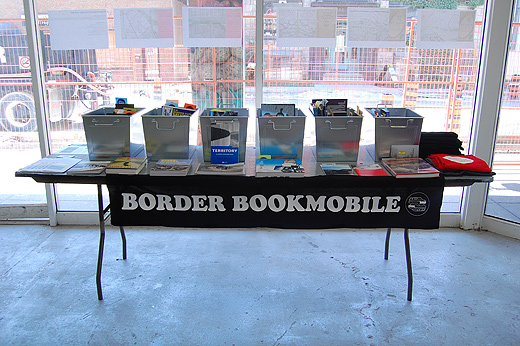 SRSI participants hit the street today in the blistering heat to interact with passersby. Lee Rodney’s Border Bookmobile gets re-routed, Emily Colombo serves up some lunch and fixes a few bikes. The Department of Unusual Certainties is working hard planning their Speed Dating for Store Owners event on Thursday, July 8 7pm inside of 406 Pelissier. 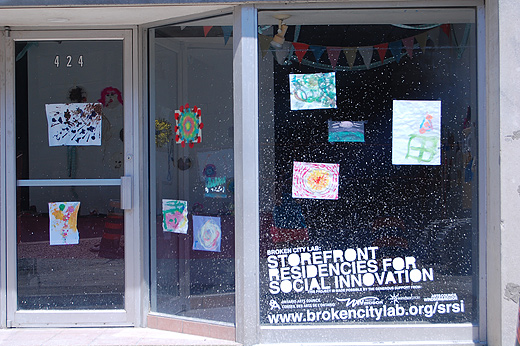 The Imagination Lab workshops are now over, but the artwork remains on display until Friday, July 9. 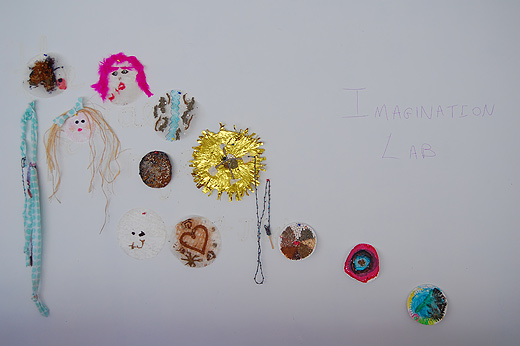 Nicolette Westfall did a great job of putting together the crafts on display in this space. 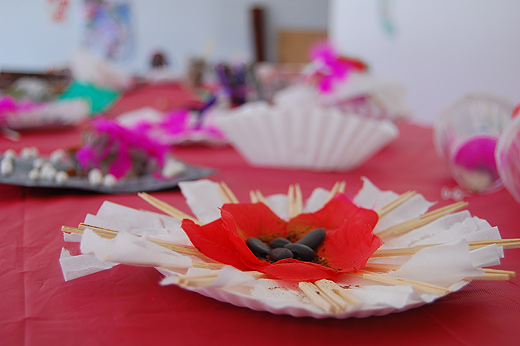 All crafts are available to take home and enjoy for free! 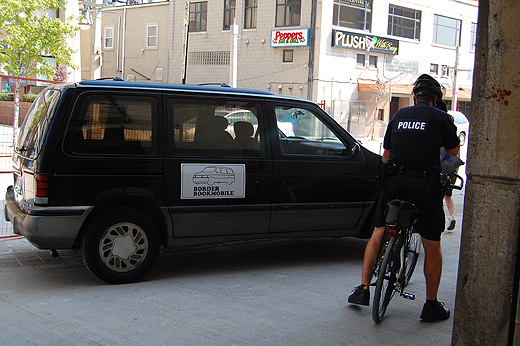 Lee returned the Border Bookmobile to its location outside of 406 Pelissier on Park Street. Although it remained there unmentioned on Monday, there was a police officer who stopped by on his bike and told us to move the van to street parking. 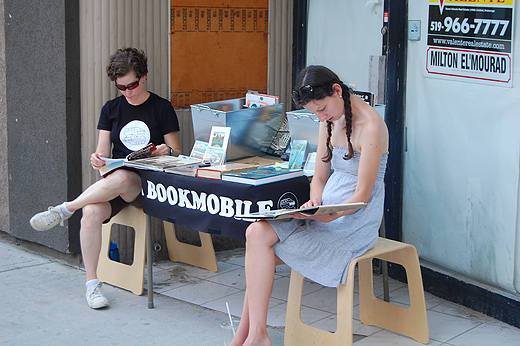 Lee set up her reading station a little further down the road in front of a vacant convenience store. Luckily the sun wasn’t hitting this side of the road until the afternoon. 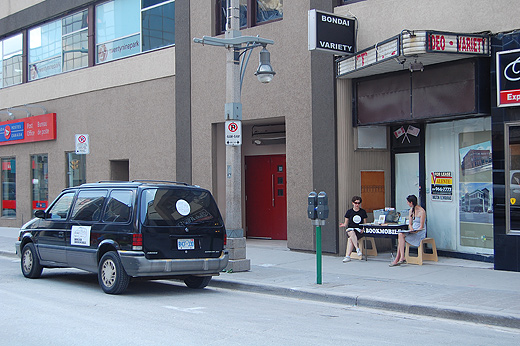 Lee set up a selection of books in front of this non-place.  She was able spark attention from people who exist downtown and are interested in local history. The Downtown Mosaic’s posters on the window of the vacant store that show before and after shots of a specific street corner lead to a certain kind of nostalgia that works well with Lee’s collection of books documenting Windsor and Detroit’s history. 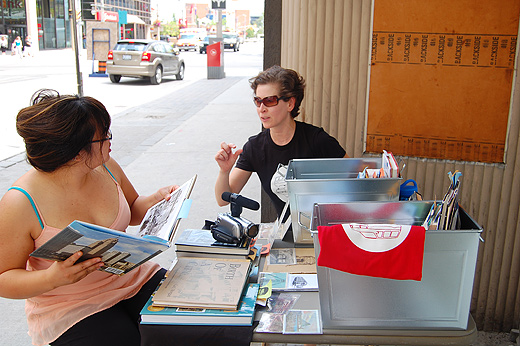 Some friends stopped by to browse the books. Lee also spent some time conducting interviews with certain individuals later on in the day. 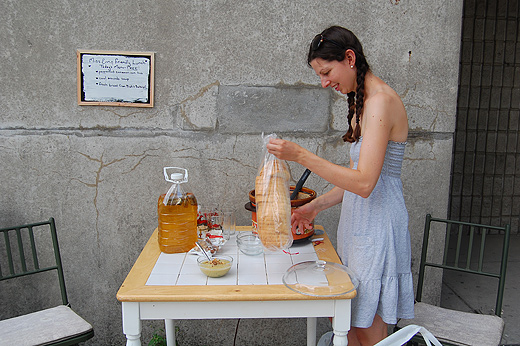 Emily made some cold avocado soup and had fresh bread donated from Black’s Bakery to enjoy. 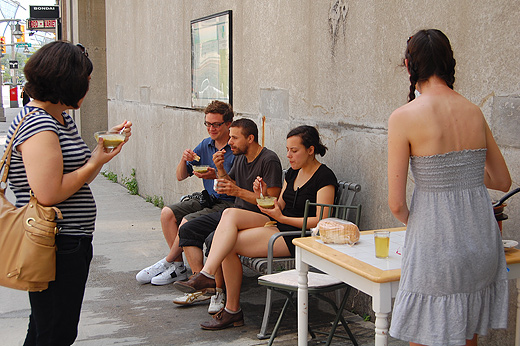 Everyone had a lunch break to enjoy Miss Em’s soup and also to entice others to try some as well. Emily got into some good conversations today. 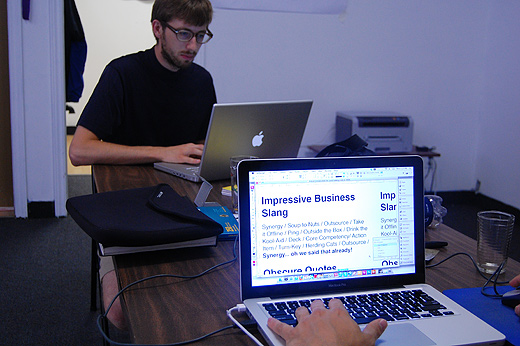 Simon and Chris of the Storefront Success Stories project have been putting on many hats throughout the month. Yesterday they were wrapping up on some graphic design for their event Speed Dating for Store Owners tonight at 7pm in 406 Pelissier, a cumulation to their work in Windsor surveying downtown businesses and connecting local business owners. 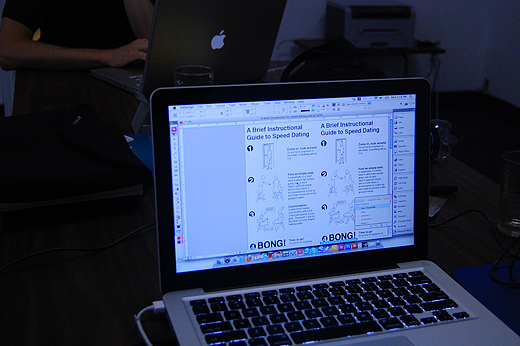 The illustrations in this instructional guide were made using InDesign by taking photos and tracing the figures along with minimal contextual detail.

Laura took her now functioning GMBLL payphone out to the street to test the consumer market. 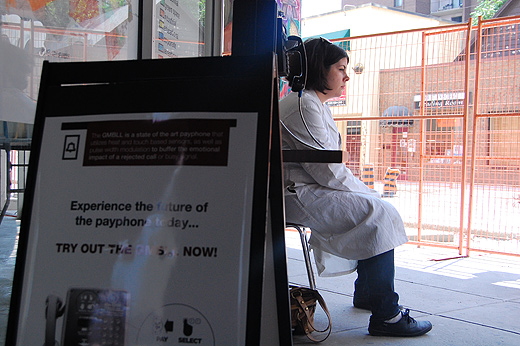 She set up in a location where people coming or going from the parking garage above cannot avoid her. Unfortunately the dust from the construction was so bad in the afternoon that everyone had to come in a bit early. It was a nice relief from the heat, however. 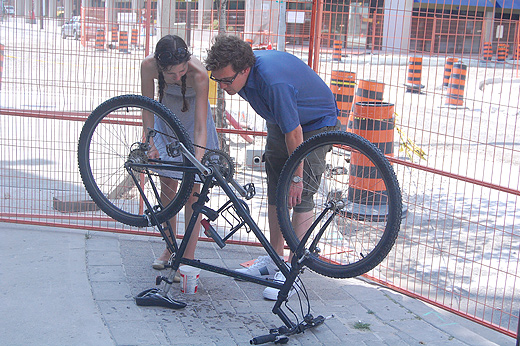 Emily helped Daragh tune up his bike right before being forced indoors by the dust and the heat. The current participants will be back out engaging the public tomorrow and all the way through the weekend.