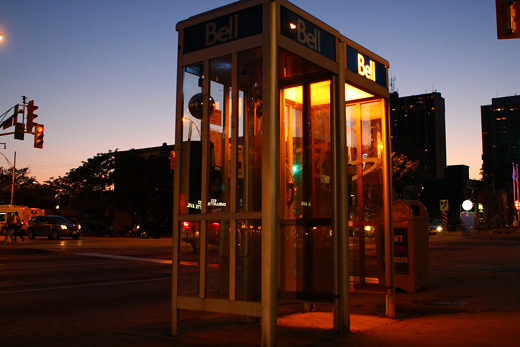 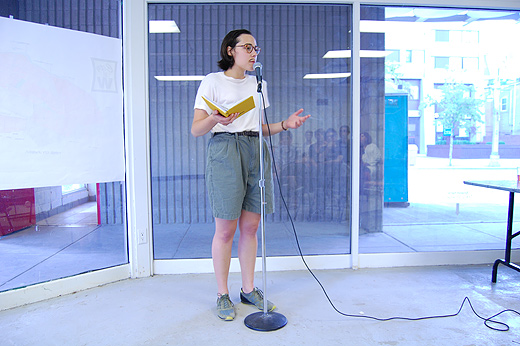 Friday was the last open house for SRSI. Norman Eberstein read some of his log entries written during his job, Emily made some amazing snacks for us, Kero busted out his Lemur, and Laura did another payphone intervention. 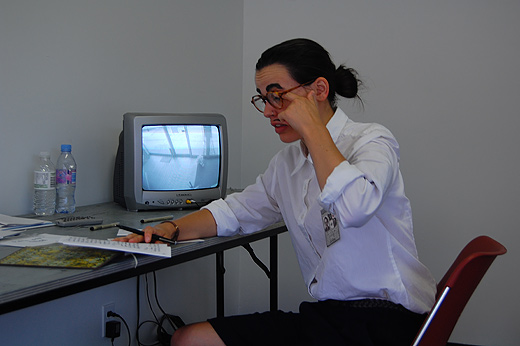 Norman was feeling not quite himself on Friday morning when he came in. He got his nose pierced overnight and had a generally sad demeanor. He stayed for a few hours and then went home to prepare for his log reading later on in the evening. 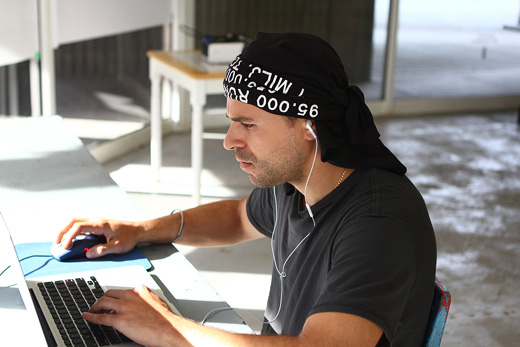 Chris moved his workspace to 406 Pelissier in honour of the open house event. The change of atmosphere helped him concentrate and get a lot of work done on the Storefront Success Stories Tip Sheet that will be released on Monday. 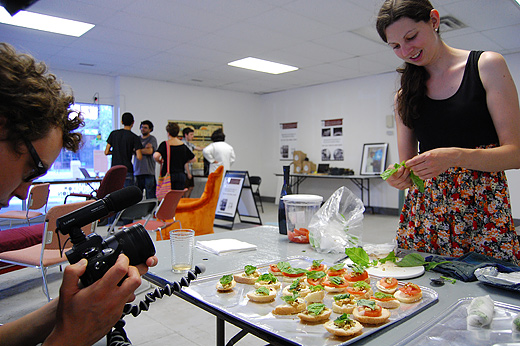 Daragh was filming, like usual. He has been working on shooting some B roll this weekend before he heads back to Toronto. Emily made the tastiest hors d’oeuvres for us, rice wraps with fresh mango and mint, and bread with cream cheese, tomato, basil and walnut. Delicious! 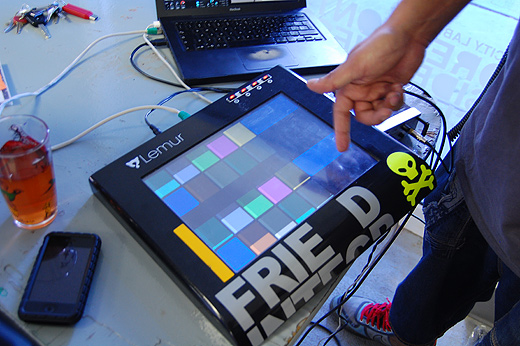 Kero provided music for the open house with the Lemur. 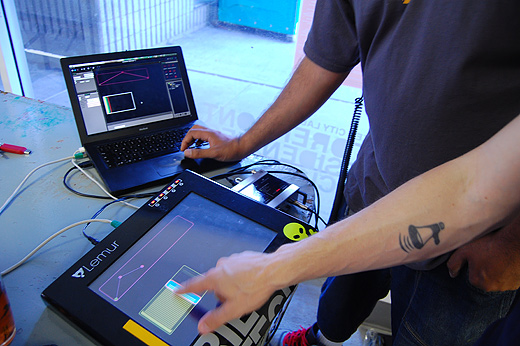 He spent some time showing Josh, Justin and I the very fun interfaces on the touch screen pad. 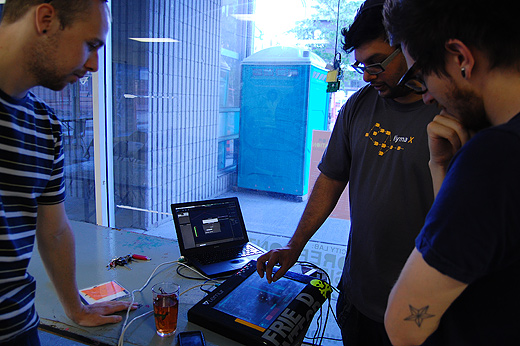 Kero is an absolute genius. His presence in the city and the work he produces is essential to putting the Windsor/Detroit region on the map. 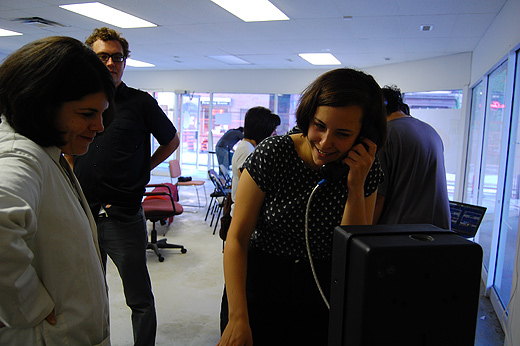 Laura set up shop with his GMBLL payphone. Sara had fun interacting with the phone and getting a gum ball in return. 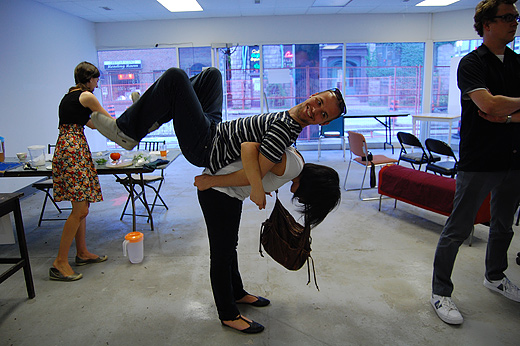 The large space was perfect for some acrobatic dance moves. 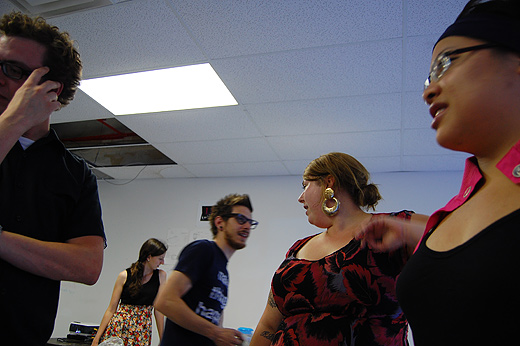 Friends gathered inside to wait for Norman’s performance to start. 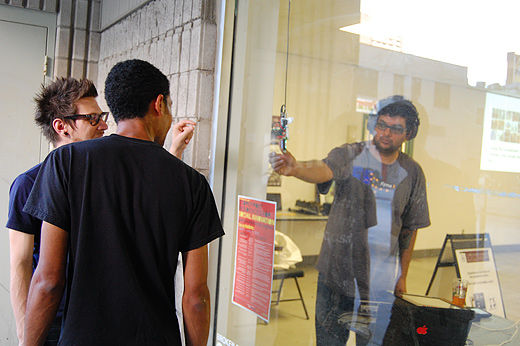 Justin and Stephen Surlin spent some time talking about the Arduino text piece Justin made for the windows. 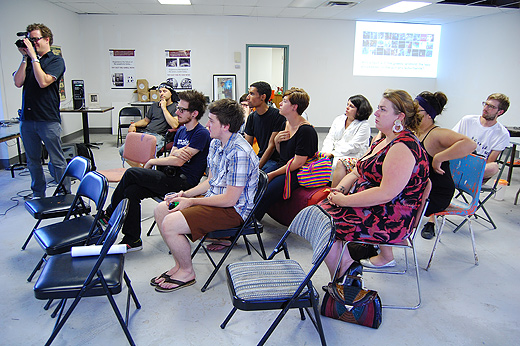 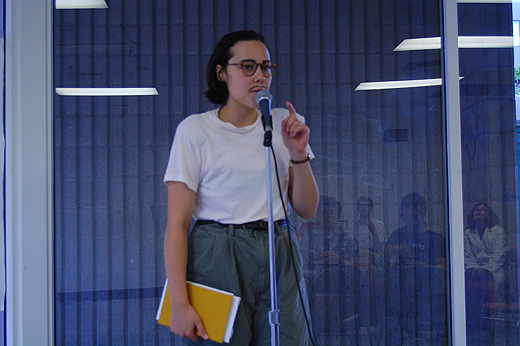 He opened up with a few really bad ice breakers. 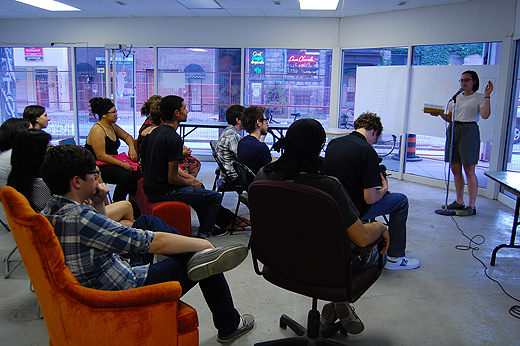 Reading some excerpts from his security guard log, Norman talked about his calling to help people and the seriousness of the job. 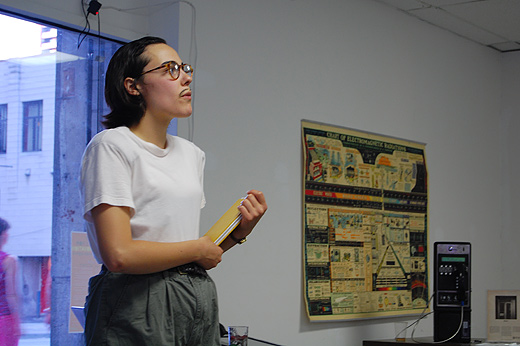 After he was done, Norman was answering questions from the audience and reflecting on his time spent in Windsor working as security for SRSI. 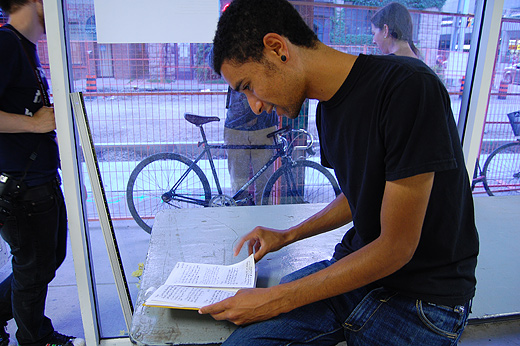 Stephen got in trouble shortly after for getting ahold of the log and browsing through its contents. Norman was not impressed. 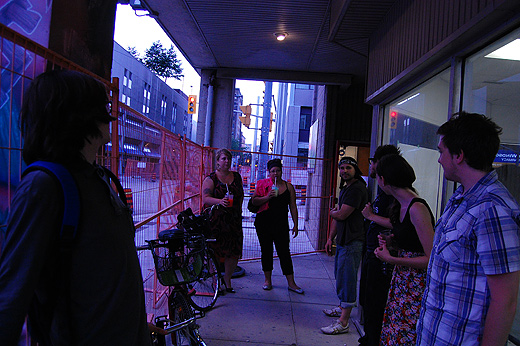 After, some people ventured outside to go with Laura to the corner of Wyandotte and Ouellette to install another PL1999. 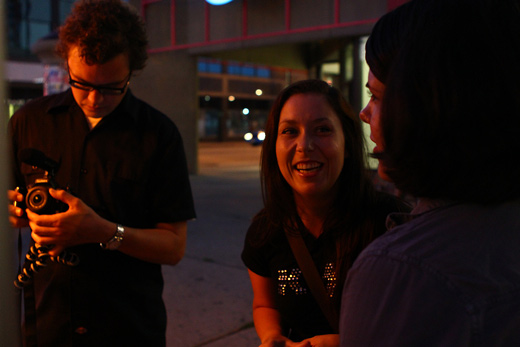 Laura met up with a visual art student who was eager to participate in the installation and learn about Bell Payphone Labs. 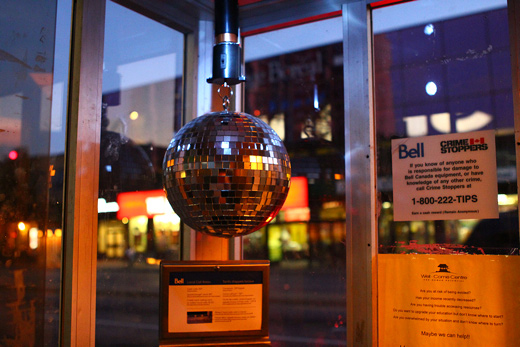 Justin went out as well and took some nice shots of the disco ball. 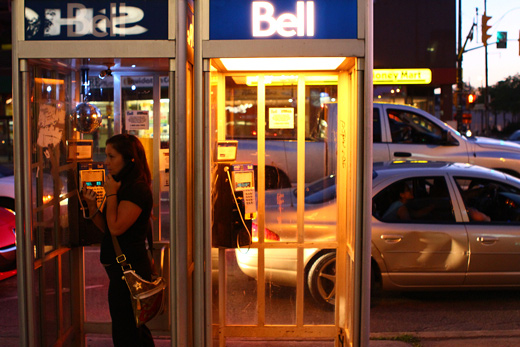 The student posed for a few shots inside the booth.

On this busy intersection, it’s hard to say how long the PL1999 remained intact, or how many people saw the disco balls before they were removed.

This weekend we are hosting Merry Ellen Scully Mosna for one more round of pies, The Department of Unusual Certainties are finishing up their tipsheet, and BCL is starting to clean up the spaces on Pelissier, leaving them ready to go for the Visual Fringe Festival starting July 16.