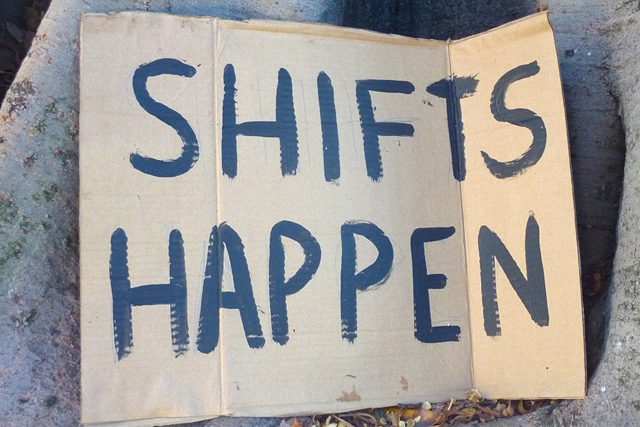 We’re ecstatic to launch this project with a question for Sue Bell Yank.

Is social practice, as a term or label, more valuable in extending the reach and possibility of visual artists, or more valuable as an articulation of an entirely different space and mode of production?

Social practice falls under the rubric of art, but it doesn’t really extend the reach and possibility of artists, because its realm has always been the artists’ realm – or perhaps art in an expanded form as it has existed since the 1960s. But if one draws an arbitrary line at the 60s, which saw the birth of land art, performance art, conceptualism, one can then extend to the precursors of those works, to Dada, to surrealism, to then the precursors of those movements…to Impressionism…

So how can it be anything but art, historically and practically? Social practice is a convenient (if perhaps indelicate) name for current practices that have grown from important artistic concepts that have been around for decades. The best artists of any time challenge hegemony, attempt to break through the complacency of their audiences to awaken them to alternate possibilities (the very raison d’etre of the avant-garde), investigate societal problems and (sometimes) create new ones, break apart systems and ways of being and re-envision them poetically.

That being said, the space and mode of production of social practice is indeed broader than what we traditionally think of as studio practice, object-making, but grows from and infects those realms as well. It is hybrid, it is vigorous, it reaches into many other systems and aspects of being beyond the art context. It manifests programmatically as conferences, participatory activities, workshops, dinners, shops, performances, community centers, even housing tracts – reaching beyond the cube to the board room and proscenium and public park and neighborhood.

Is the term itself valuable? Why are such labels valuable in the first place? Primarily, for access. Yet for many of these projects, it seems unimportant precisely how participants access them, as long as they do. They don’t necessarily need to understand them as Art. In fact, sometimes labeling a project as Art, to a general public, allows them to dismiss it as something wackadoo and not worth much thought or attention. But the term “social practice” is also unintelligible to a general public, so not very useful in that effort either. People tend to take these projects on their own terms.

Another value to a label is categorization within the industry itself, that industry being Art. In that case, the label social practice indeed allows for an extension of the artists’ reach in a more mainstream fashion. Artists who work in this way are gaining traction at more and more institutions, increasingly in demand for participatory, engagement-based, or community-based projects that are extremely attractive to cities and cultural institutions. Social practice becomes a useful umbrella term, though its vagueness also leads to powerful misconceptions and mismanaged expectations. This is the dark underbelly of labeling – putting these artists and their projects into a convenient box as “audience development tools,” able to do the hard work of reaching underserved demographics, of creating inclusive and festival-like environments where everyone can participate in making art and feeling good about themselves. We then begin to forget that social practice is really about challenge, and problems, and that hard work of practicing new systems of the social, of reworking dysfunctional aspects of society.

Like it or not, we are stuck with the term for the time being, and it is important for artists, arts organizers, and writers to diligently re-examine our understanding of it again and again, in all its complexity.

Sue Bell Yank is a writer and arts organizer. She is currently the Assistant Director of Academic Programs at the Hammer Museum, and adjunct faculty in the Roski School of Fine Arts at the University of Southern California. She graduated from the Masters of Public Art Studies program at USC, and completed her thesis on the role of contemporary art in rebuilding efforts after a crisis, focusing on post-Katrina New Orleans. She has worked with artist Edgar Arceneaux as a co-founder and Assistant Director for the Watts House Project, and has a deep-seated investment in non-profit organizations and arts-based urban planning practices. She was part of the curatorial team for the 2008 California Biennial, and most recently served as a curatorial advisor for the Creative Time Living as Form exhibition. Her writing has been featured in the 2008 California Biennial exhibition catalogue, Journal of Aesthetics and Protest, the Huffington Post, Mammut magazine, and various arts blogs including her ongoing essay blog entitled Social Practice: writings about the social in contemporary art (www.suebellyank.com).

One Reply to “Sue Bell Yank on Art and Social Practice”