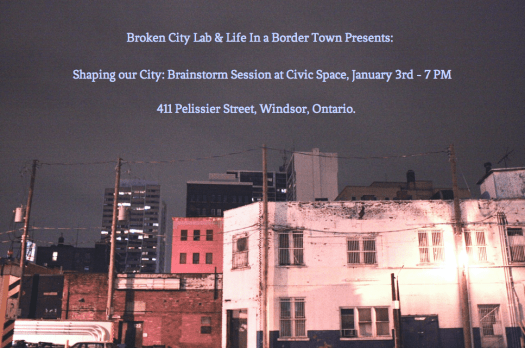 As static as Windsor might seem at times, it is definitely going through some changes. Our downtown is a lot brighter because of the large screens on the Windsor Star building, the University of Windsor’s downtown campus opens next year, the aquatic centre is opening this year, we have a new bridge that may be completed in 2020, the new Penalty Box location is reviving a historical building on University Avenue West, and the old Grace Hospital has been torn down.

In the vein of our previous project, City Counseling (Session #1), we’ll be talking through new ideas and changes happening in the city, as a group. The goal of this brainstorm session is to bring people together, learn something new about Windsor, and contribute creative perspectives for shaping this city. I hope you can make it down to Civic Space tomorrow at 7 pm (January 3rd) to contribute to these conversations.

This event is a collaboration with Life In a Border Town. 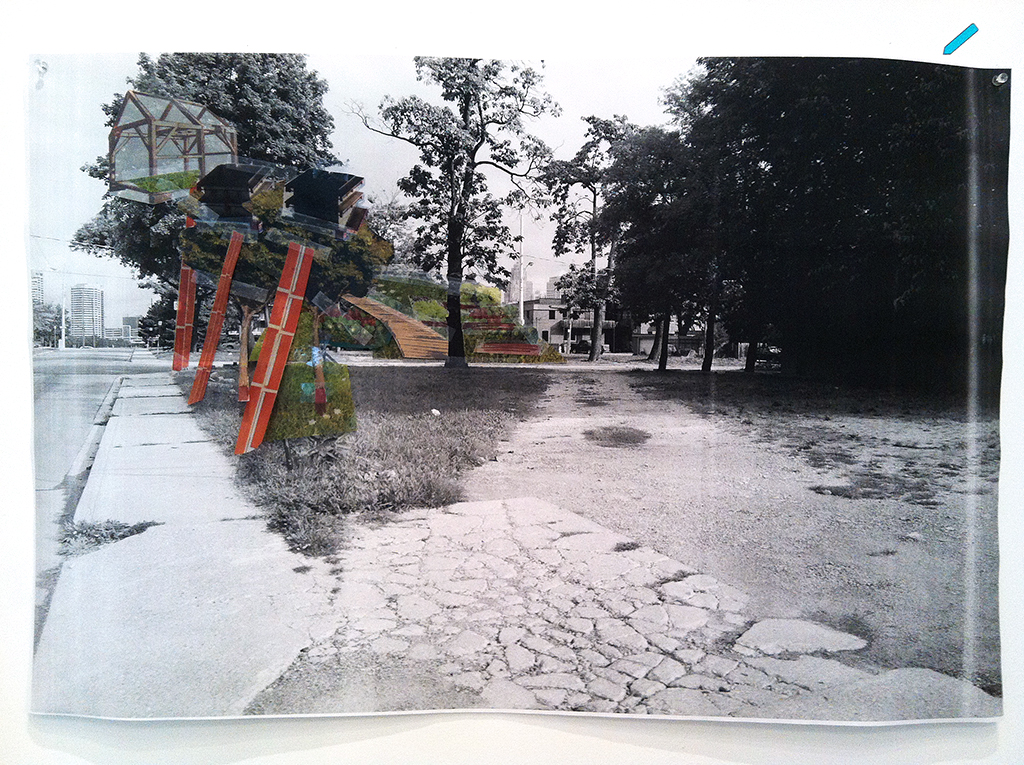 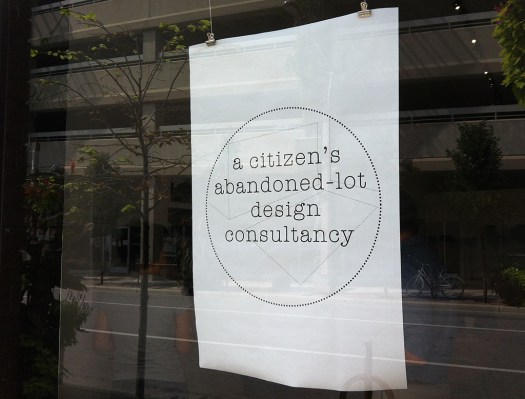 This past Saturday, CIVIC Space saw the first session of Desire and the City, the first of a two-part design workshop created by our friend Kiki Athanassiadis. Kiki is interested in the potential that abandoned lots suggest, and since Windsor has many of them, there was an abundance of source material to pull from. She put together a kit for everyone to use; it consisted of survey forms to use at the abandoned lots, large black and white images of lots in Windsor, and images of objects printed on vellum that could be taped and overlapped. These materials allowed us to visualize our ideas in a very gratifying way (as you’ll see below). 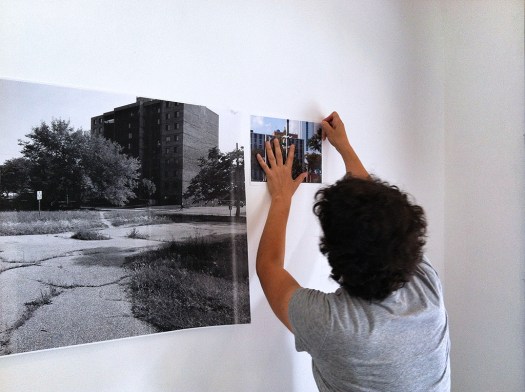 Kiki also posted some colour shots of general areas and a “master map” of where the sites are located in the city. 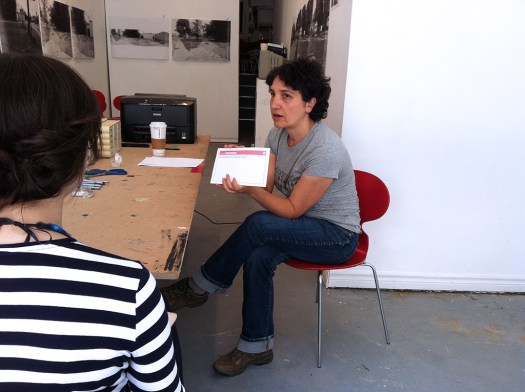 Here Kiki explains her survey forms and what we might want to note once we head out to our desired lots. 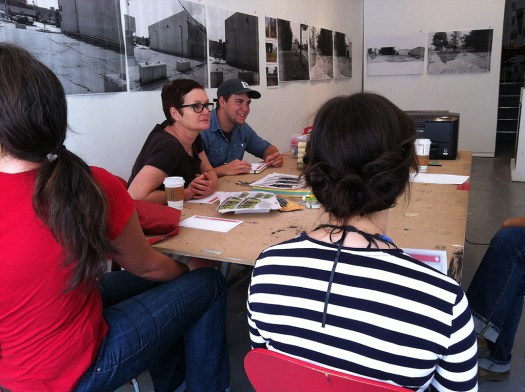 After Kiki describes the project and the instructions for how the session will work, we start to think about which lots we might visit. Sara and I decided to go East and visit a lot near Caesar’s Windsor. 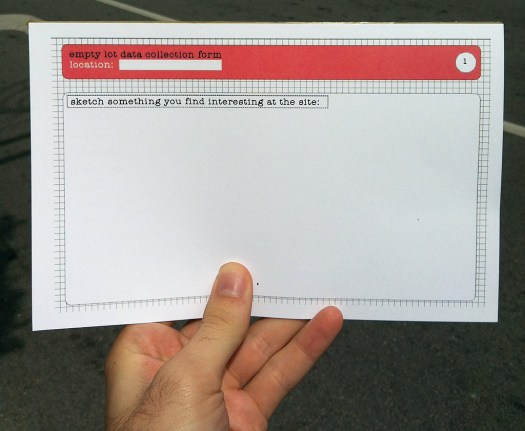 Here’s a closer shot of the survey forms. They are about half the size of a regular sheet of paper and bound with a think glue. They’re nice. 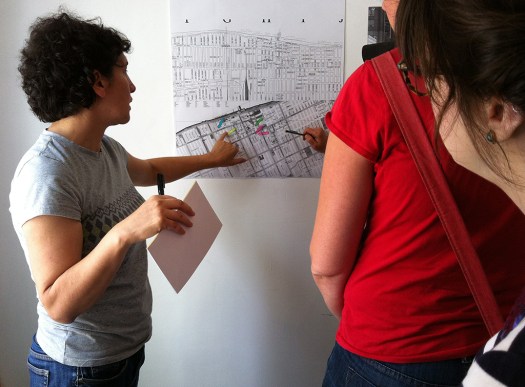 Kiki shows us where the lots she’s photographed are located in relation to the downtown core. 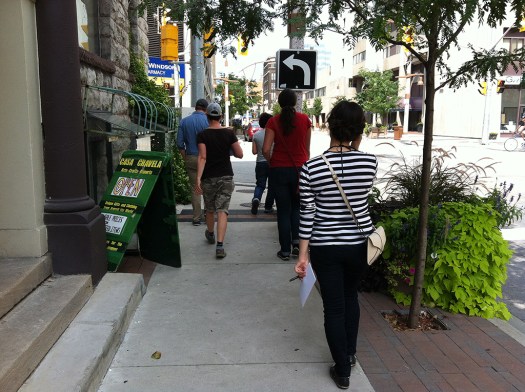 …and we’re on our way. Most of the pack decided to head West, but we went East. 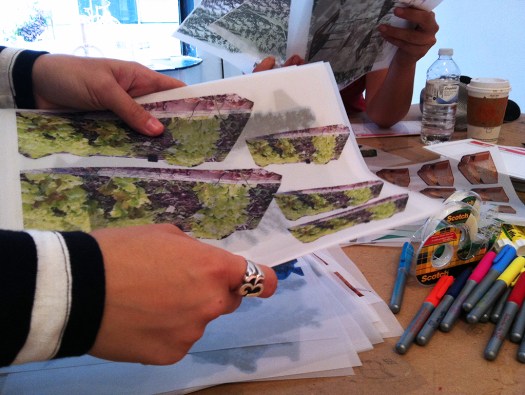 Embarrassingly enough, I forgot to get a shot of the property we chose. It looked like it was for sale, but the real estate signs and wooden posts were left in a heap in the middle of the lot. When we returned, we briefly shared our ideas. The ideas ranged from community garden proposals to a manmade volcano. We used the pages Kiki laid out to mock up our ideas in space. Obviously, there wasn’t a volcano printout, but most people found what they needed in the stack. 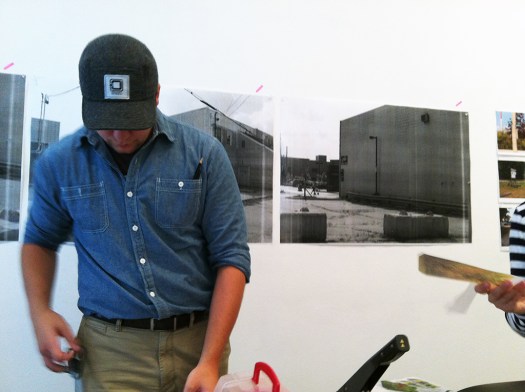 Everyone got really invested in his/her creation and, consequently, we didn’t realize how quickly time was going by. 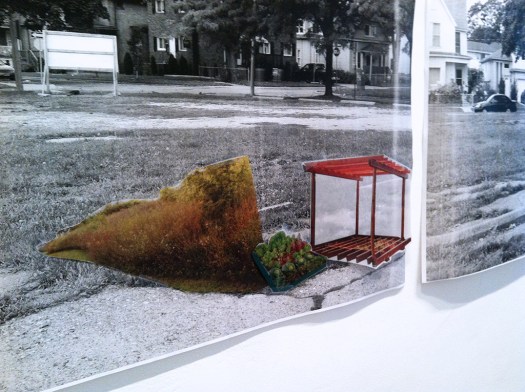 Here’s a little covered garden / naturalized area tucked into the corner of this lot. 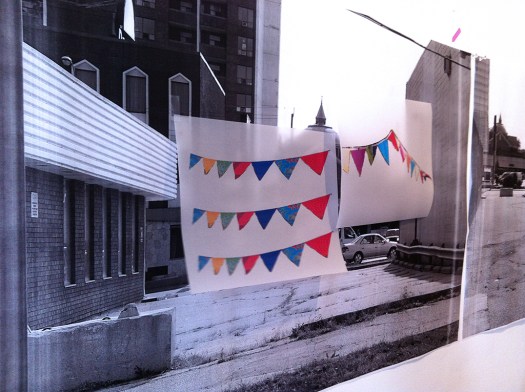 Here is a celebratory lot between two commercial spaces, complete with bunting and all. 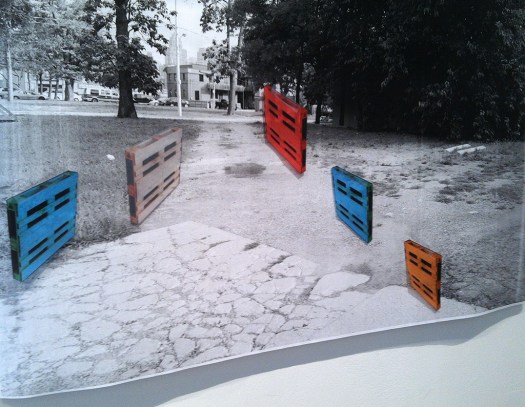 I didn’t know a pallet pathway was a possibility until I saw this idea. The pallets could also be filled with something, or be used as planters. 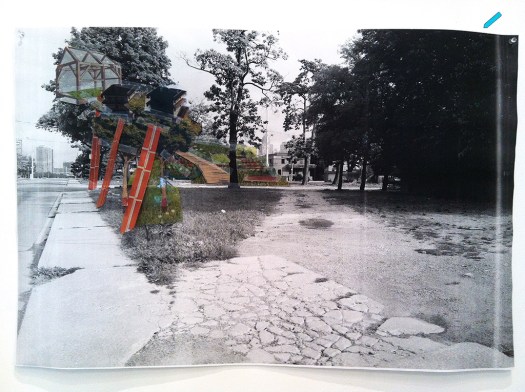 Here’s something you don’t see enough of: public tree houses. There really isn’t a compelling reason why something like this couldn’t exist, besides the issue of accessibility. It also looks like the main treehouse is a garden…interesting. 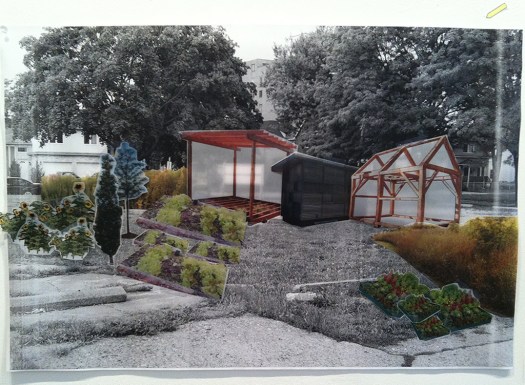 Here is a pretty serious community garden proposal that covers a whole abandoned lot with greenery. It looks like it might also house a massive compost bin. Impressive! 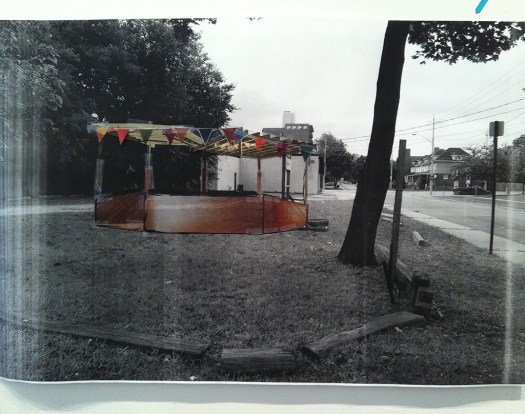 This proposal looks like a fairly substantial gazebo structure or performance stage. I like the way it works with the shape of the railroad ties pictured beneath it. 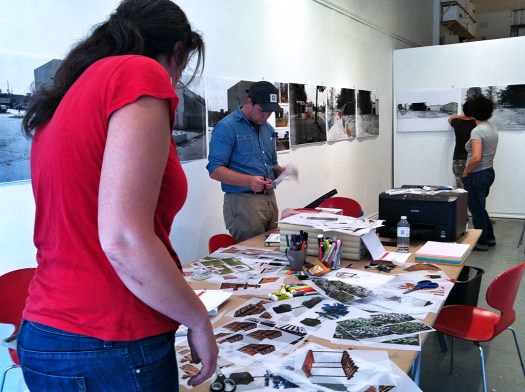 There’s more to come, so please join us for the second day of Desire and the City on Saturday, September 14th from 1-4pm at CIVIC Space. Don’t forget to register here. Hope to see you! 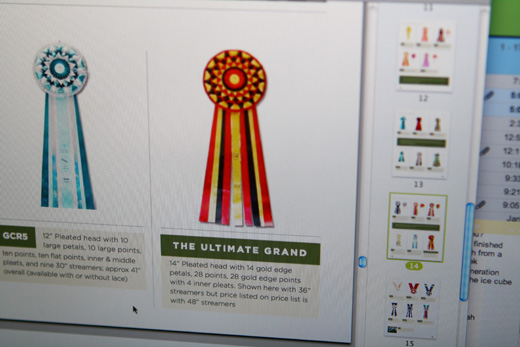 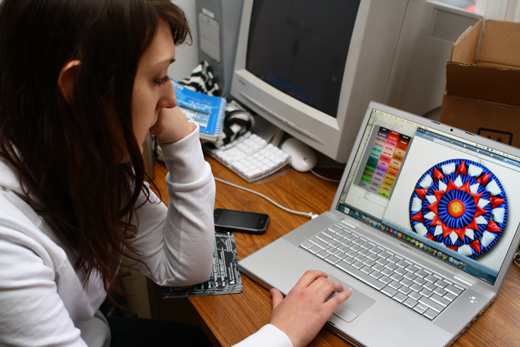 Tuesday was all about research. We looked up some more details on ribbons and talked more about how we would move forward with the Sites of Apology / Sites of Hope event.

We’re also getting ready for Sunday’s event, Listen to the City (remember, 8pm at Phog), and for Thursday night’s projection performance at Propeller in Toronto.