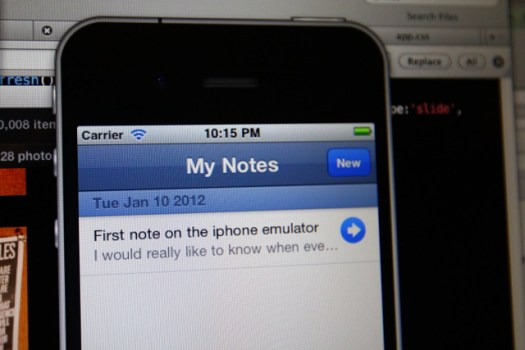 It’s been a while since I’ve done one of these posts — a kind of summary of some of the things I’ve been working on. It seemed about time. I like posting as a sort of summary for myself, but maybe it’s interesting for my dearest BCL colleagues to see what I’ve been up to as well.

One of the things that has been taking up a lot of brain space has been a project I began over a year ago developing some Windsor / city-exploration specific iPhone apps. After wrestling with Objective C for way too long, I’ve moved over to HTML5 and in particular using Sencha Touch as a base. My progress has increased a lot. 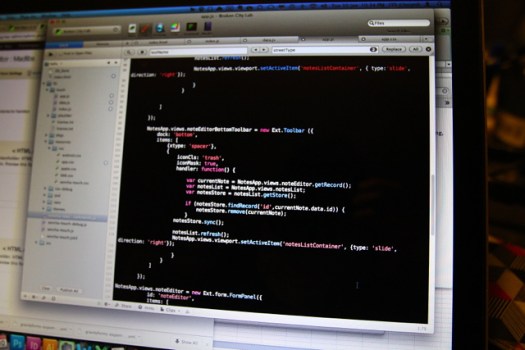 I’m comfortable with HTML, CSS, PHP, but I’ve somehow avoided picking up a firm grasp of javascript. Sencha Touch is a set of js libraries, or more specifically, from their website, “Sencha Touch is a mobile JavaScript framework for developing HTML5 web apps that look and feel native.” I’m just following tutorials right now, but things are sinking in. 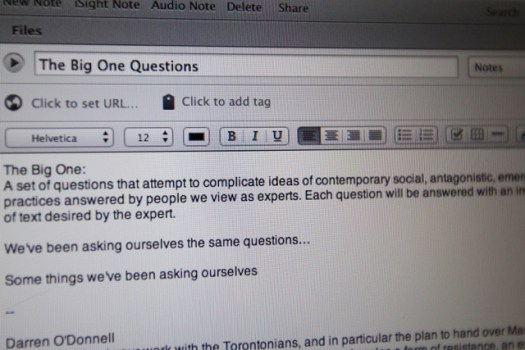 A project building off of something Josh started a little while back. Basically a set of questions for a list of people. I’m hoping to post the responses on here — I’ve asked for a photo and text as answers to the questions — and maybe turn it into some kind of short run publication. 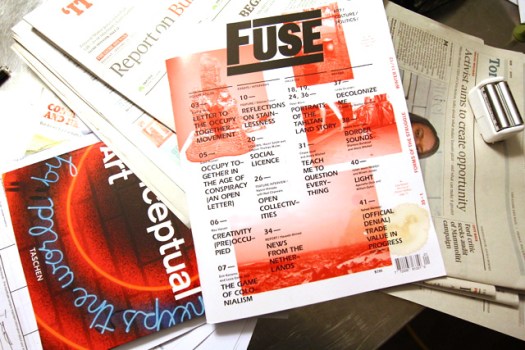 Awaiting my perusal, the latest copy of Fuse!!! 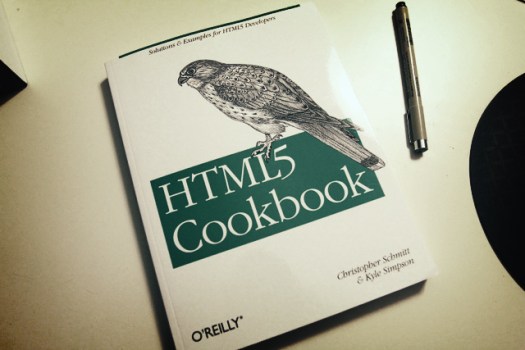 And, a trusty guide already, the HTML5 cookbook. 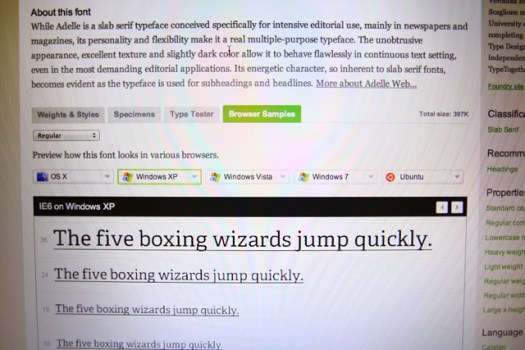 Also, as you may have noticed, I’ve been playing around with other webfonts. We’re currently deploying Adobe Typekit, using Adelle and Museo-Slab. 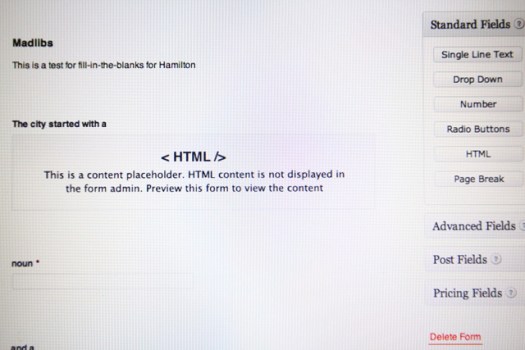 And, in preparation for some work we’ll be doing for a project in Hamilton, I’m working with Gravity Forms and a tutorial for creating mad-lib style forms. Gravity Forms seems flexible, but there’s some basic stuff that I haven’t been able to get an answer for on the forums, specifically, an issue with the Reply To part of a contact form. 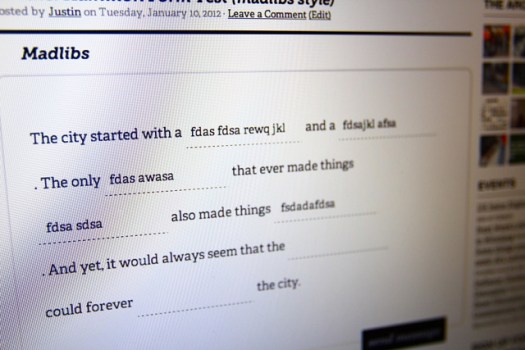 Basically, I’m try to get this effect. I’m thinking there’s too many blanks above, but you get the idea. 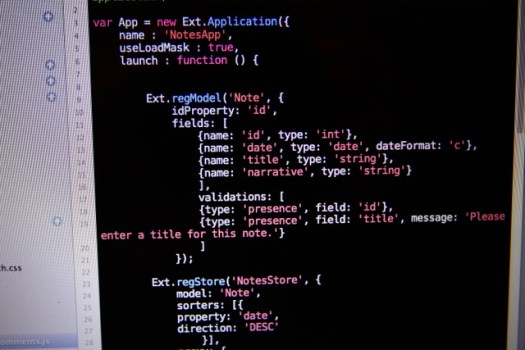 A final shot of some mad code. I type things out from tutorials by hand then try to catch my own mistakes. It’s kind of like a game, but then it’s not actually fun when you can’t find your own error.

Tomorrow, mid-week BCL work time! We’ve been meeting Fridays, taking minutes, prepping for a potentially incredibly busy year, etc., just in case there was any thought that we’d been taking it easy.

I saw this in a newsletter from Ableton. Being a fan and user of the software, I watched this video on how Caribou uses the program live, and it struck me as an interesting view on collaboration.

While there’s a given song structure, at any time, anyone on stage can trigger loops, restructure the song, and introduce new elements, all while moving in a common direction, but without knowing exactly when they’ve arrived at their destination.

Maybe a good model for thinking about collaboration. 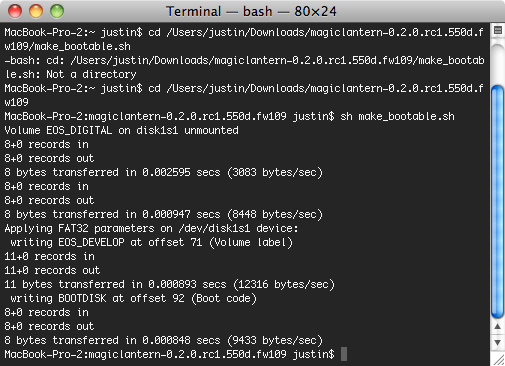 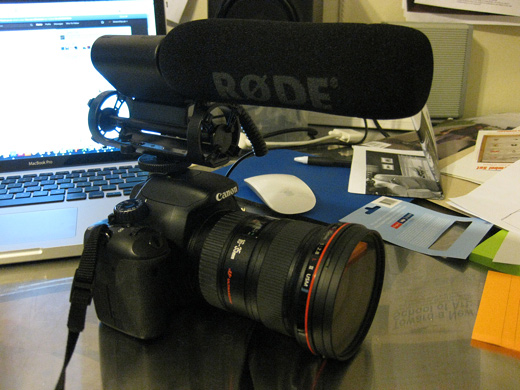 Part of our research for How to Forget the Border Completely is going to come from a lot of video. We’re not sure how many interviews we’ll do or exactly where we’ll be shooting, but we wanted to be prepared. I’ve had a Canon T2i for over a year now and it’s a very solid camera. I originally picked it up because of its video capabilities (specifically, the 24p option), but I hadn’t really made much time to shoot anything.

So, while HFBC seemed like the perfect opportunity to start, I also knew we needed to upgrade things a bit. I read about the Magic Lantern firmware hack a little while ago and finally got around to installing it — more in a bit on that — and with the advice from Karlyn‘s partner, John, I also picked up a Rode VideoMic and Zoom H1 for audio.

END_OF_DOCUMENT_TOKEN_TO_BE_REPLACED

Bildr.org could be amazing. The idea is to create a visual Web-based library of componentized instruction sets, “building blocks,” for doing various hardware and software constructions. Put a bunch of these components together, and you have all of the instructions you need to execute a multi-part project.

So, that crazy project you’ve always wanted to do but were never sure how to even start it might finally be able to be realized, if Bildr can come together. The thing is, it will require a lot of input from a ton of knowledgeable people. I can’t count the number of times I’ve spent hours on Google trying to find the exact right answer to a problem I’d been having, whether in PHP, Perl, or Max, but it wasn’t always just finding the right answer, it was trying to figure out how to ask the right question.

Something like Bildr could fix that… by allowing you to assemble your own set of instructions from those little modules of instructions, things could be a lot easier. However, in some ways, it still requires you to know exactly what it takes to do what you want to do, and for me this has always been the gap. How do you know what needs to be asked to solve a specific problem?

Bildr is just starting up and looking for expertise, so you if you know how to do some little bit of programming or building or if you have a very specific knowledge subset of LEDs, for example, contact them.