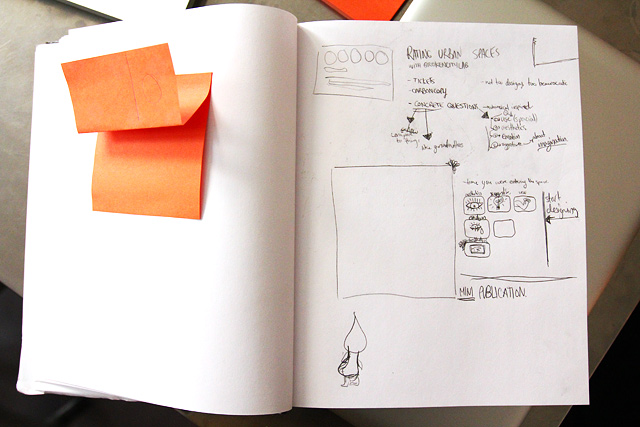 Sara and I spent some time planning out some very preliminary designs for our Grades for Public Spaces project. The gist of the project is to have a series of rubrics to annotate / grade public space — or rather, use those rubrics as a tool to generate conversation and engagement in the use and rethinking the use of public spaces. This project will probably accompany some upcoming drifts we’re planning.

We’re planning carbon-copy style prints, anyone ever print anything like that before?

The stickies — trying to map out the carbon copy part of the pages.

Can’t wait to get some rough designs up! Soon. 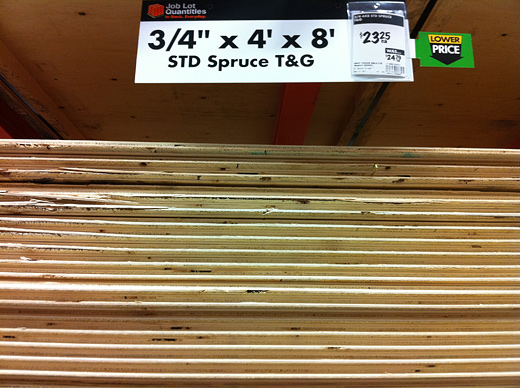 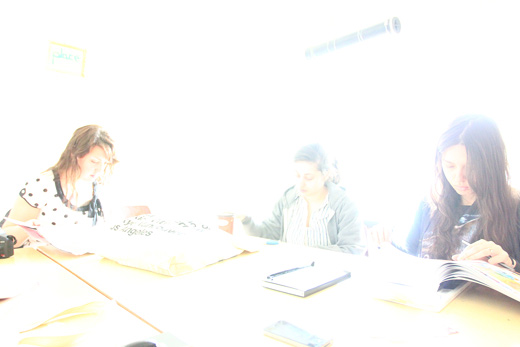 Over three days this week, we got a lot done. And, as I write this, stuff is still getting done. This is why collaboration is such a valuable model for art practice.

But, it’s not just about getting stuff done, it’s the challenges, the insights, the novel perspectives that can be brought up around a table that push the work forward. With some of us having worked together for nearly three years, we can anticipate one another and move ideas and projects that much further along because there’s a context, there’s a history, there’s a resonating understanding of what we can do together.

END_OF_DOCUMENT_TOKEN_TO_BE_REPLACED 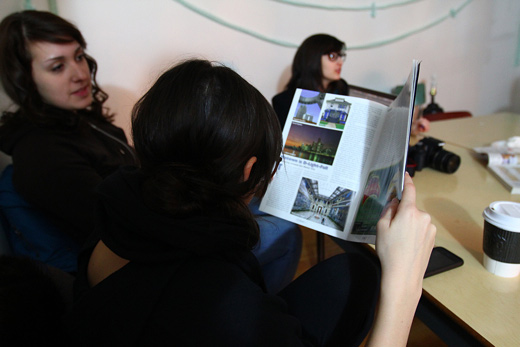 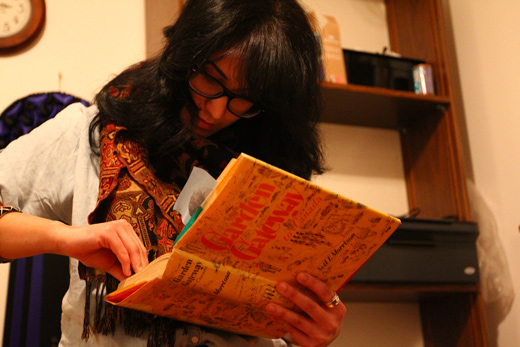 Friday night was especially fun. With next week being our first research report for How to Forget the Border Completely, we basically spent the evening casually going over some preliminary research, planning out some new directions, and getting more acquainted with the collection of border books next door.

END_OF_DOCUMENT_TOKEN_TO_BE_REPLACED 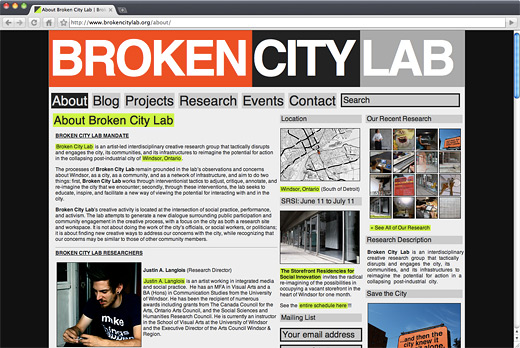 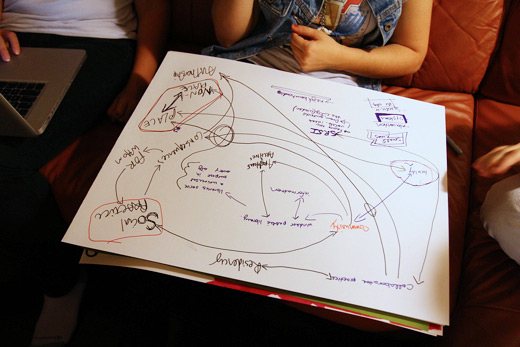 This week’s meeting started off kind of slow. A long week had us collectively feeling strapped for good ideas, but we had a specific task list in front of us. Looking at the calendar, an idea we had talked about not all that long ago, suddenly has a pressing deadline.

We’re looking to put together another residency of sorts. This time, it’s going to be shorter, but more collaborative. Everyone who comes will have the chance to work with everyone else on a project that we sort out all together. The residency will be 5 days long, and then there will be a 2-day conference at the end of the residency where we’ll talk about everything that happened and more. There will be a couple of keynotes at the conference too.

To be able to pull off this conference though, we’ll need to write another grant. The deadline that we have to hit is October 15, hence the pressing deadline.

END_OF_DOCUMENT_TOKEN_TO_BE_REPLACED 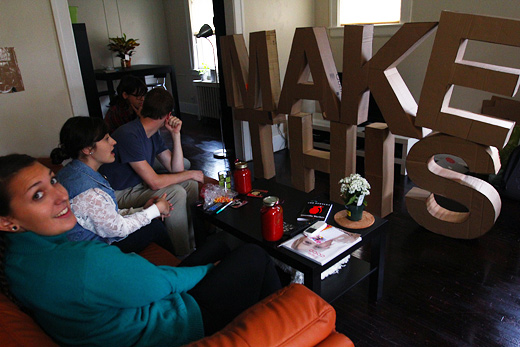 We met tonight and we’re feeling good. It was a long summer, but we know what we want to do in the coming months. It’s going to be really, really great.

And really, how could it not be? These letters are looking so good so far!!!

So much more soon. 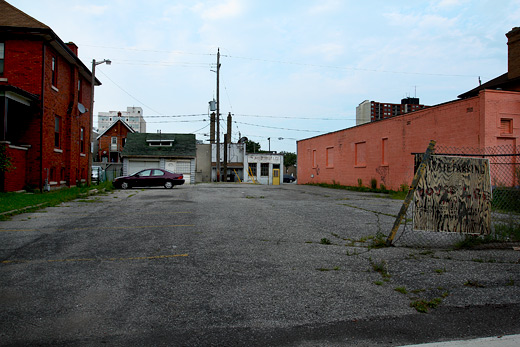 Our projects try to work around the realities that we encounter in Windsor on a daily basis. We address these realities creatively, and so the ways in which we address them don’t always translate to solutions. We usually try to suggest the change we’d like to see, albeit on a small scale. So, in continuing with this work, we offer the following:

We’re little less than 3 months away from the 2010 municipal elections here in Windsor. We’re not sure what to make of all the candidates entirely at this point, though it’s encouraging to see so many people entering the process.

It’s essentially a given that we’ll have the same mayor for a third term (or maybe not?), but we’ll likely see a number of new councillors. This is, in large part, due to the new 10 Ward system along with promises from councillors to not run again.

In hopes of imaging a greater city, we’d like to propose the following platform. It has gaps, it’s biased, it’s potentially unfundable, but it’s a list of ideas that we think could make Windsor a better place to live:

If you’re running for council, please steal these ideas. 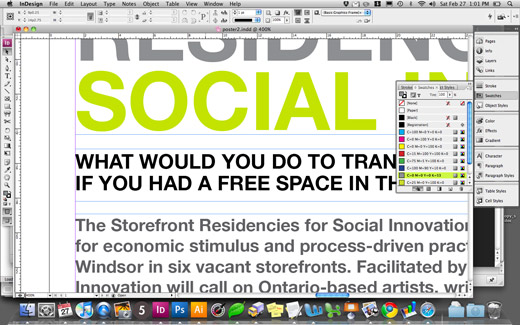 Not that we don’t already have our hands full, but seeing as it’s nearly March, we’re starting to look ahead to summer time activities. These activities might be somewhat related to this ongoing conversation we’ve been having on the blog.

We’ll be posting more information soon, but for now, just know that if you’ve been planning on visiting Windsor, you should try to keep your calendars open in July. 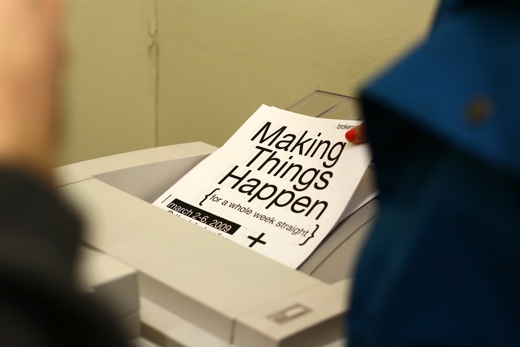 This week’s Office Hours were busy, hectic, and (I think) productive. There we some new faces around the table, which is always great, and lots to do in terms of planning and organizing. Breaking into groups made sense and we pushed forward on a bunch of things in parallel, but I’m looking forward to the show next week when we can all be around one table working together collaboratively.