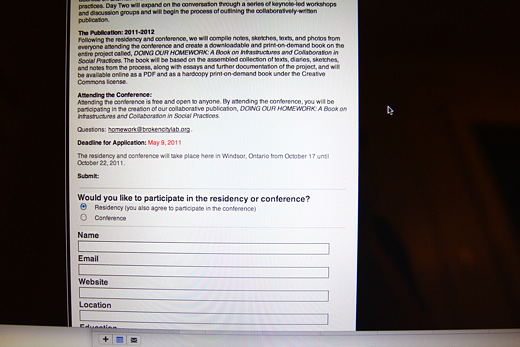 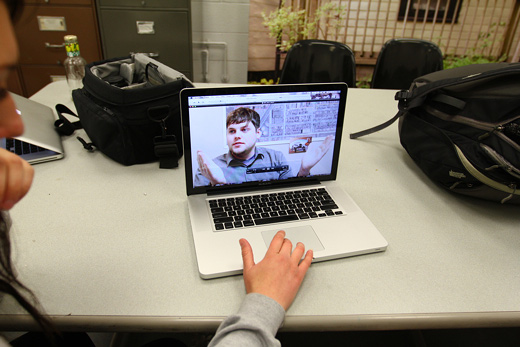 We spent Friday back at Lebel, reminding us of the meetings we used to have a couple years ago when all this was just starting up. Given the size of the school and the resources readily available (like tools, multiple desks, ample light), we split up into smaller groups to tackle some “next steps” for each project on the table.

First though, we watch parts of the interview that Michelle and Rosina did with Stephen Lynn for How to Forget the Border Completely. 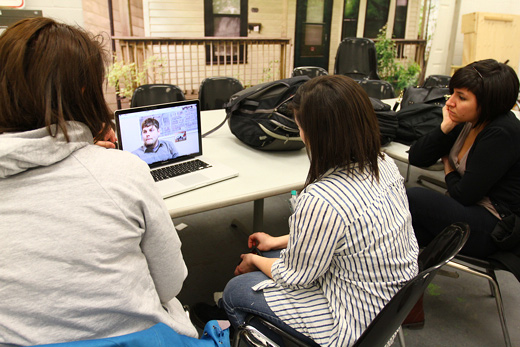 The interview went pretty well and despite a small technical hiccup, Rosina and Michelle got everything they needed. We also learned that digital gain on the Magic Lantern firmware for our Canon T2i is no one’s friend. While still learning the gear, we had turned it on for the interview with Kero, which resulted in useable, but noisy sound. For Lynn’s interview, we used the analog gain and got an even (if a little quiet right from the camera) sound quality, which we know we can boost in post anyways. 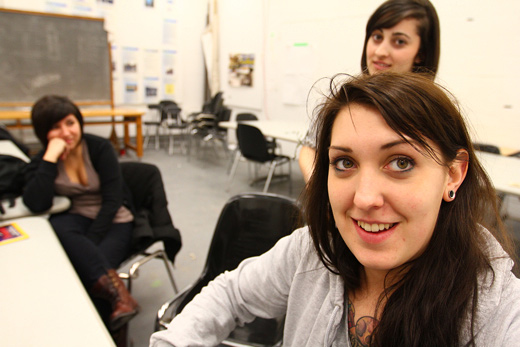 Michelle, Rosina, and Cristina at Lebel. Rosina and Michelle were going to tackle the next round of interview questions and touch base with Erin about some Windsor-Detroit tourism ideas for HFBC. 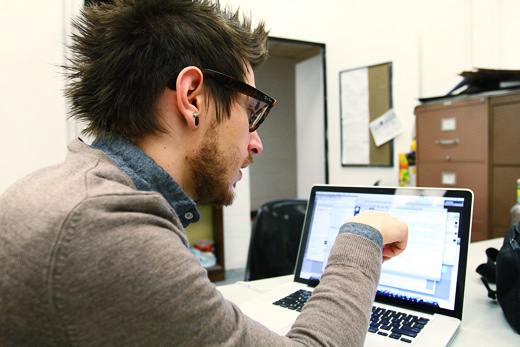 So, Cristina and I took on the Call for Submissions for HOMEWORK. 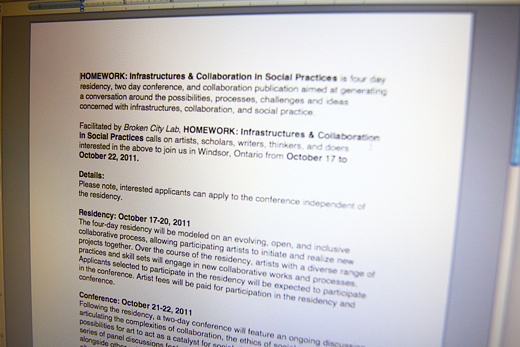 Cristina put together the first draft, pulling from the grant application and our SRSI call from last year, and it was in good shape.

Fine-tuning is always the most fun though, so we spent some time trying to answer questions in the call before they came up, and we also made a form. 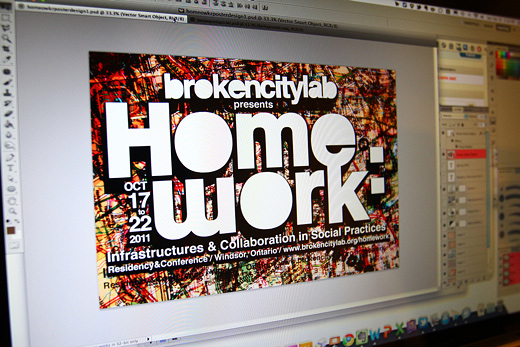 And, we worked on some images, some of which weren’t so successful… 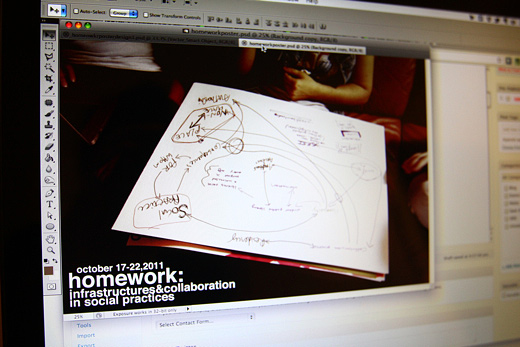 So, I think we’re going to go with something a bit simpler. 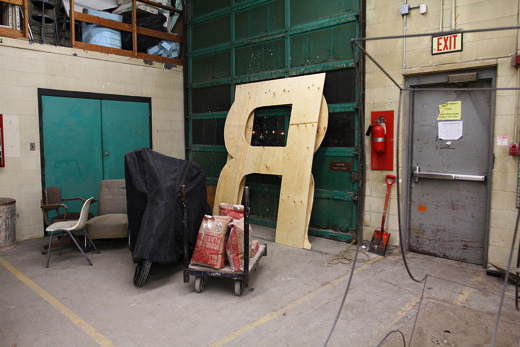 Meanwhile, Hiba and Josh worked on the test letters for CAFKA. 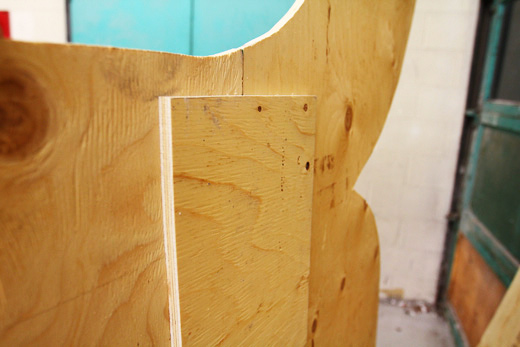 Their goal for the night was to connect the two halves of the letters, so they used some scrap wood as a starting brace. 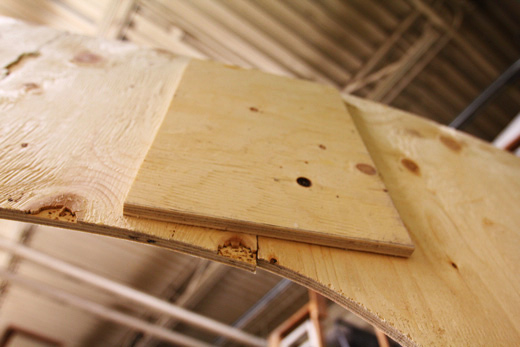 They noted that the letters are even more unruly at this size and now connected together, so the next steps are to get the internal structure figured out. 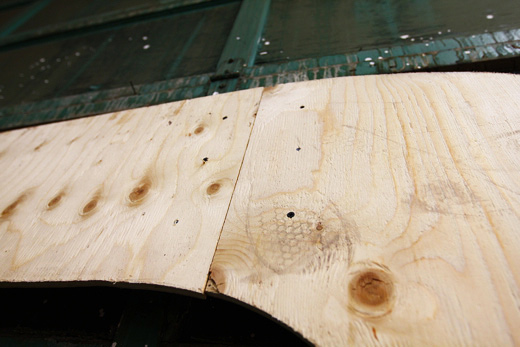 Since we’ll be spending sometime finishing the face of the letters anyways, getting some basic screws into the face seems the most straight forward option. 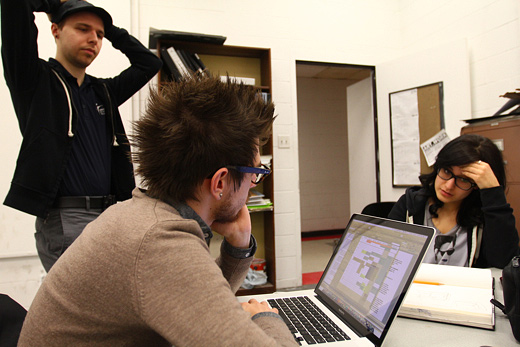 Back around the tabe, Josh, Hiba, and I try to work out some deadlines and some work plans for the letters. 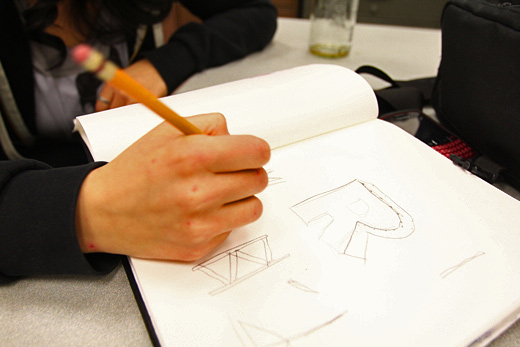 Hiba and I sketch out some options for internal structures. 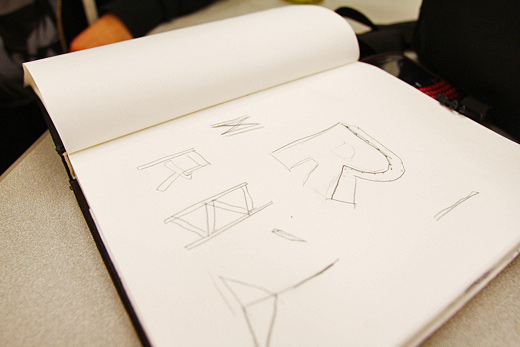 As well as the process for applying the flexible plywood around the sides. 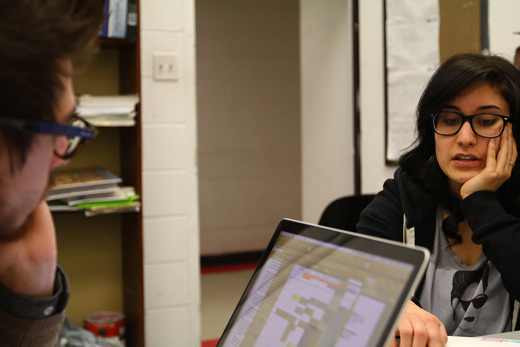 We’re figuring on using 1x2s and creating a criss-cross series of supports between the faces of the letters. Around the outside of each letter will be the flexible plywood. Hopefully this will create a rigid enough support, while not making the letters insanely heavy.

It was a good work night, maybe we’ll spend some more Fridays at Lebel?

How to Forget the Border Completely and HOMEWORK: Infrastructures & Collaboration in Social Practices are generously supported by the Ontario Arts Council.