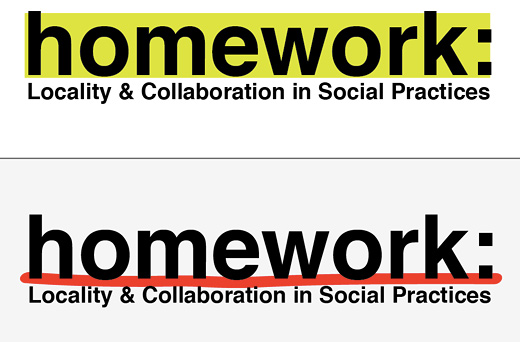 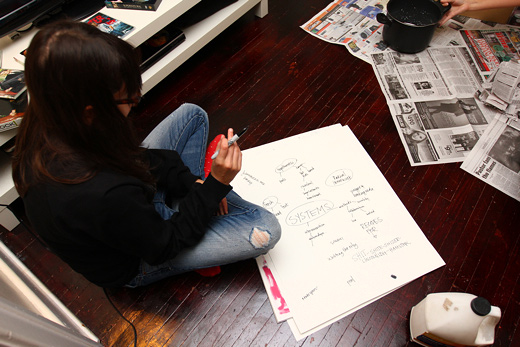 We had another great Friday night meeting, even though Josh was sick, and even though we underestimated two things. First, we struggled again thinking through this second residency/conference idea, and the letters took way longer than anticipated to papier mâché.

At any rate, with the autumn weather firmly setting in, it’s looking like we’ll be heading out with these letters with toques and mittens!!! 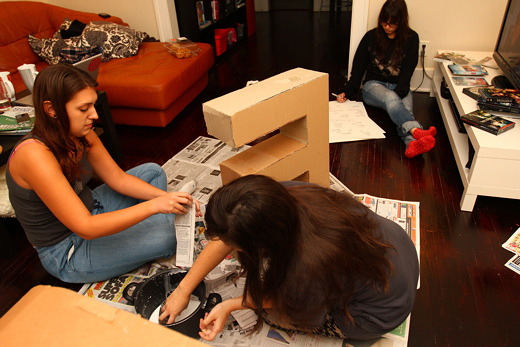 Before Rosina arrived, Michelle, Danielle, and I sat around getting Danielle caught up on last week’s conversations about the residency we’re imagining for next summer. Once Rosina showed up though, we got right to work on the next step of our cardboard letters. 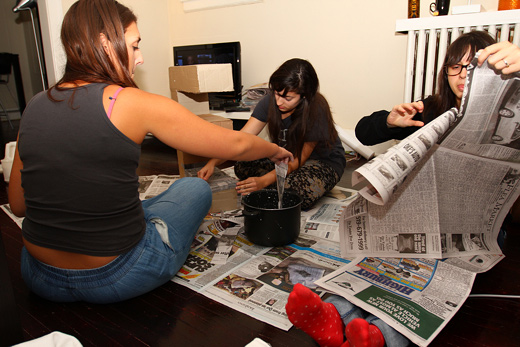 We had talked about a number of ideas for finishing these letters a while back. 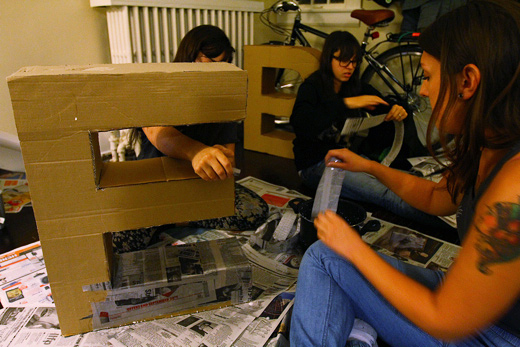 We’ve since decided to go ahead with papier mâché to smooth out the cardboard’s edges. 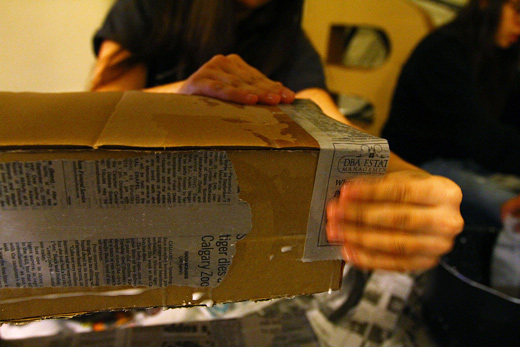 We haven’t entirely sorted out the process of water-proofing, but we’re thinking it might not be so important, as we’re imagining temporary installations in multiple places. 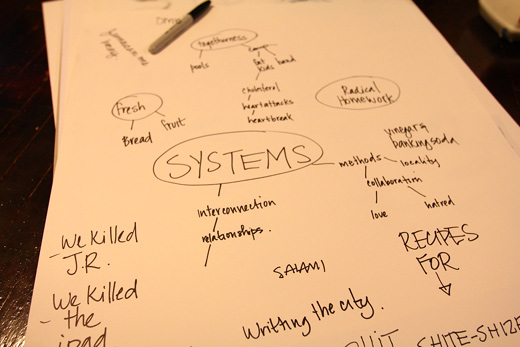 Danielle also set out doing another mind map, thinking about a potential title / overarching theme for the conference/residency we’re imagining — we had talked through working with Systems last time, but it didn’t seem right this time. Danielle’s mind maps are amazing and hilarious and ultimately led us to realize we needed a new idea. 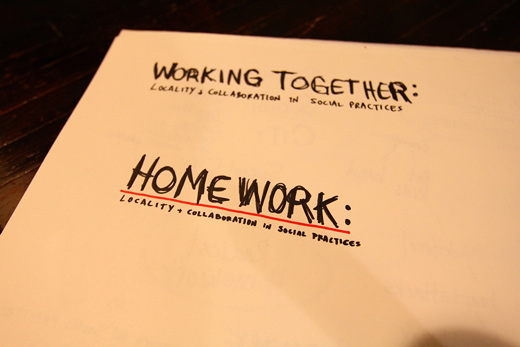 So, I set out playing with a couple more words and titles that were a little less conceptually meta-inclusive and more self-explanatory and playful. 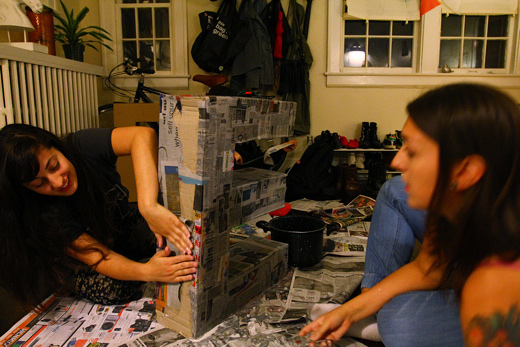 Rosina and Michelle made some huge progress on the letters. 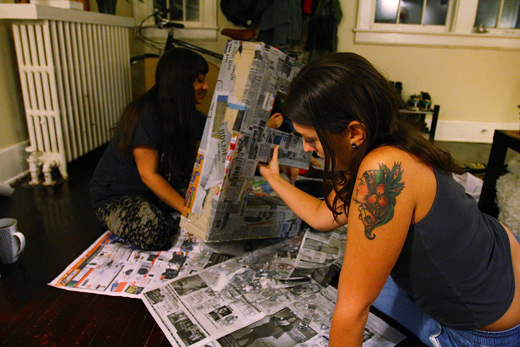 Ideally, we can keep having multiple hands working on the letters, with someone ripping sheets of newspaper, and a couple people actually putting the newspaper/glue mixture on the letters, we can do about 1 letter an hour. 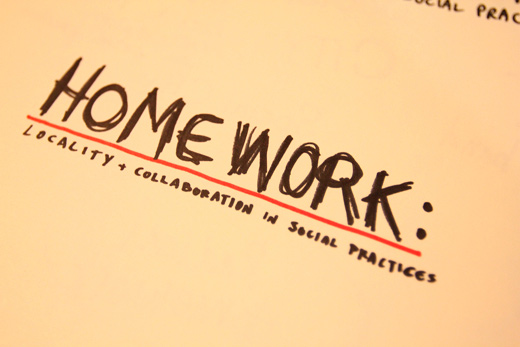 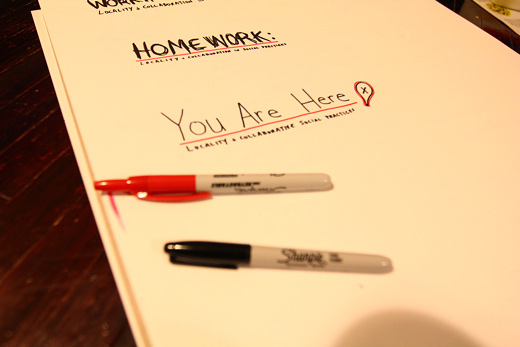 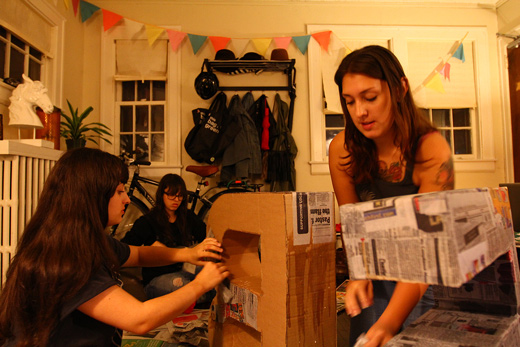 And starting the letter B. 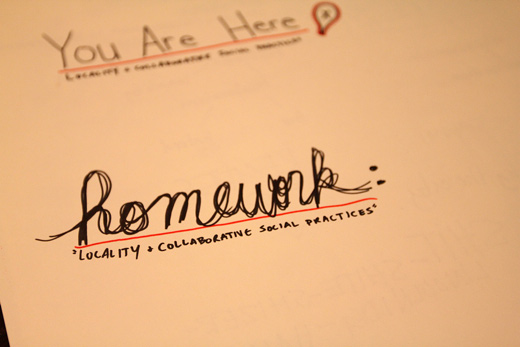 Homework seemed to stick. I so rarely work with my hand.

So, I tried some quick ideas in Illustrator. 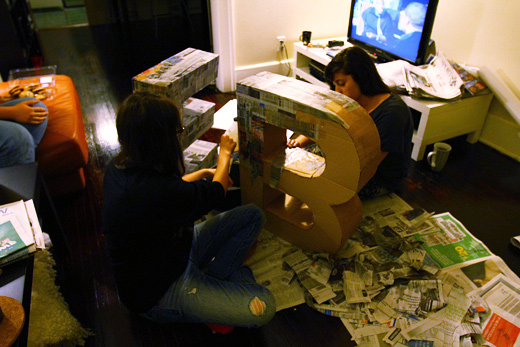 Michelle took a quick break, Danielle took over working with Rosina on the B. 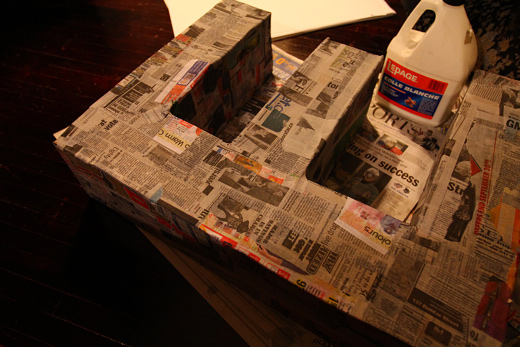 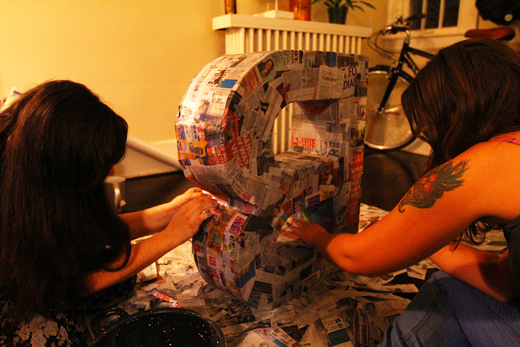 Michelle back on the letter B, putting on the finishing touches. 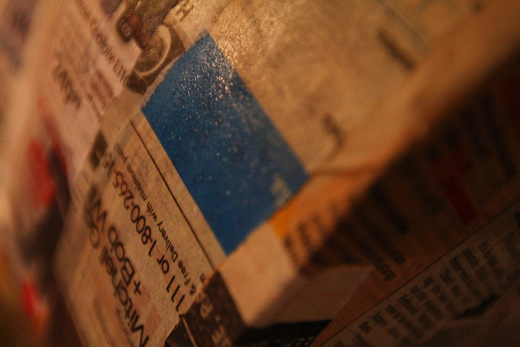 Textures are great. This reminds me of a project I’ve been wanting to do with newspapers, something like doing bunting with a week’s worth of Windsor Stars or something. 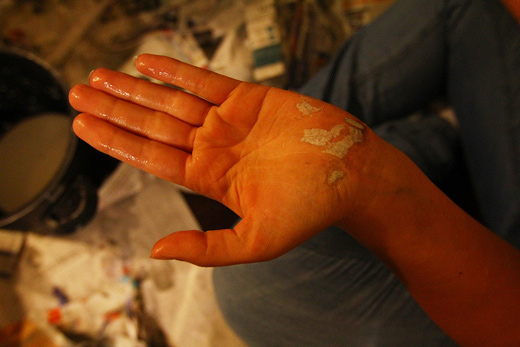 Oh, and Michelle glued her hand to the newspaper we had covering the floor. 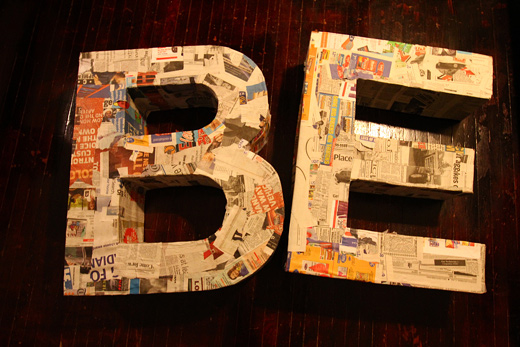 And, the next day, the letters dried. Now, they await some paint that Rosina has found (can’t wait to see these samples) and then some retroreflective micro-glass beads. Hoping to catch up sometime this week to get a bit more done, but the weeks seem way to busy to ever find the time. At any rate, while the letters will continue to come together, the more pressing deadline is the grant that we need to get in very, very soon for the next residency/conference we’re hoping to pull off next August.

5 Replies to “Getting Closer Every Week: Big Letters and New Titles”