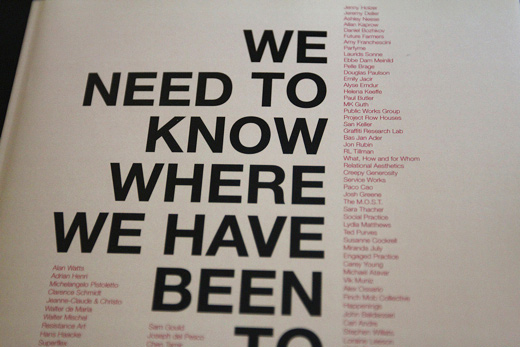 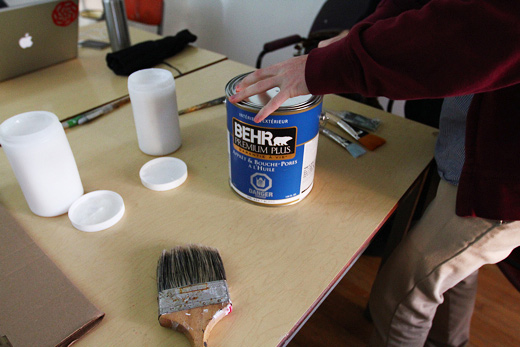 We’re on to priming the letters now, in anticipation of the bright red coat we’ll be giving them in the coming weeks. Things are moving ahead at a good pace, and hopefully will continue to, as we’d love to not be working with these finished letters in snow.

While we do get together every week, it’s usually only for a couple hours. As I’ve noted before, trying to find a common time between so many schedules is hard, when what we’re doing collectively is really above and beyond the responsibilities everyone has, so we’re thrilled with the progress… but a Saturday afternoon painting party might be in order. 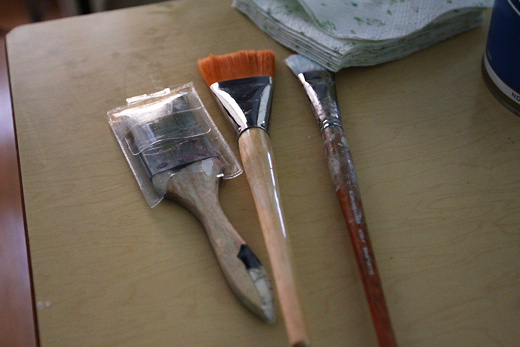 The tools of the trade for the evening — Kevin and Hiba brought in their own stock on brushes. 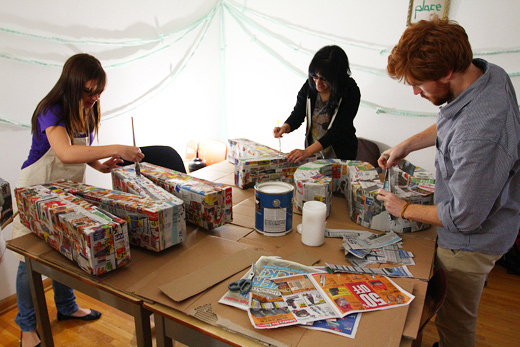 There were some loose ends (literally) from last couple of papier maché efforts, so Karlyn, Hiba, and Kevin started to patch those up with roplex. 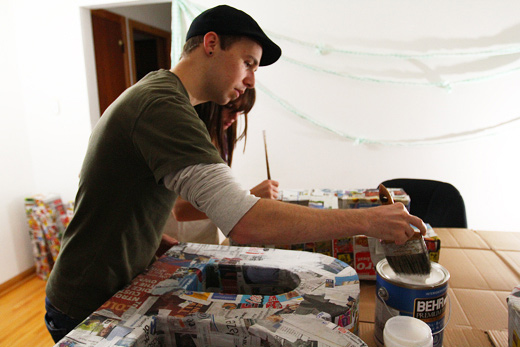 As those letters dried, Josh started with the first coat of primer on the B. 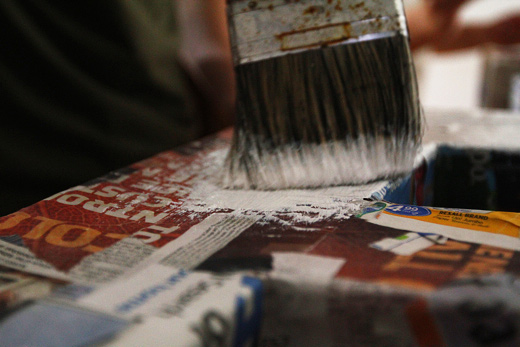 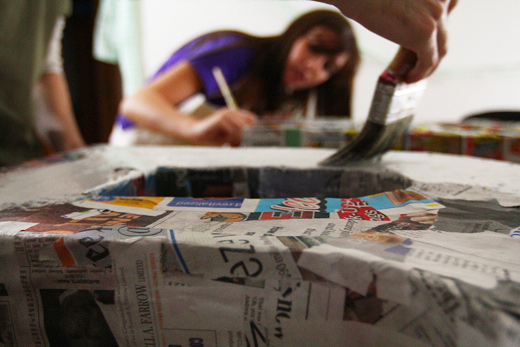 We’re planning for one coat of primer and then two coats of red. 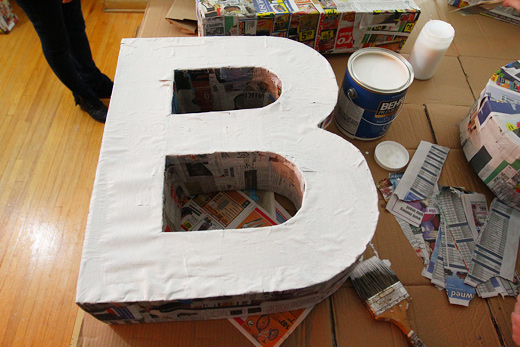 The first side of the letter B is done! 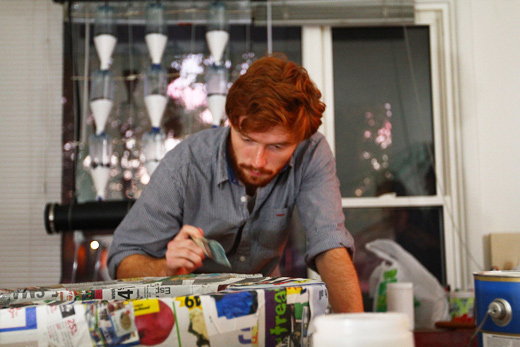 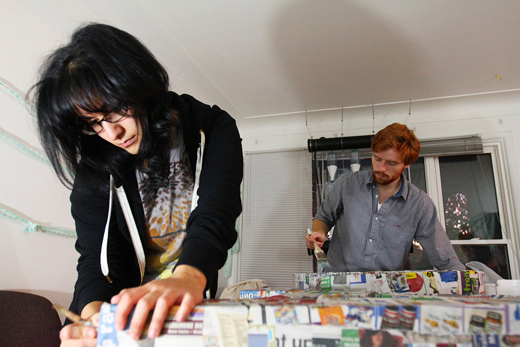 Hiba on the letter A. 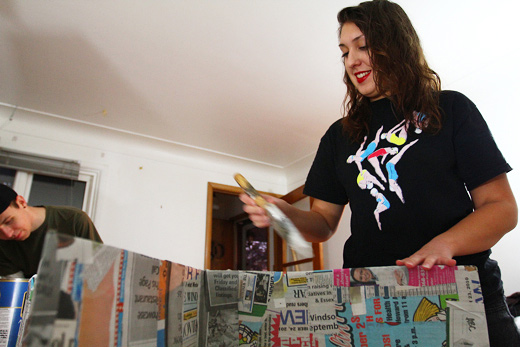 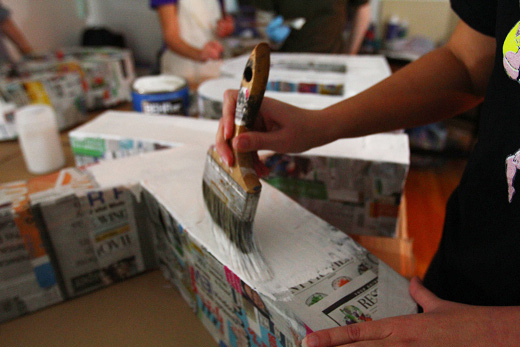 Michelle and I have weak brush techniques. 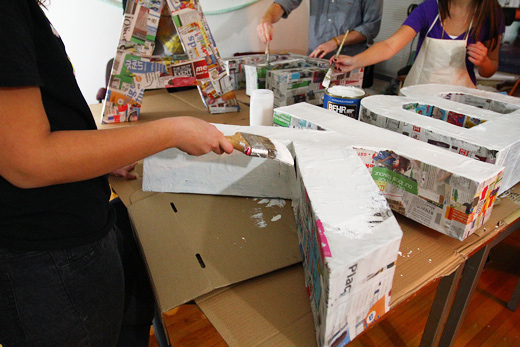 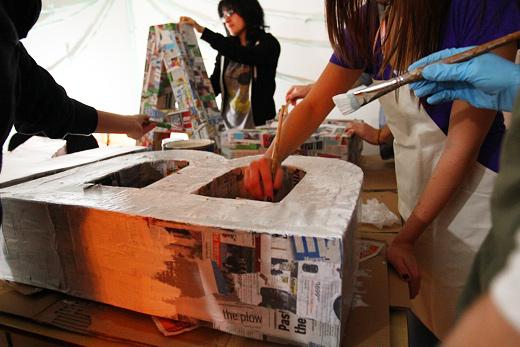 Josh and Karlyn got to the interior of the B. 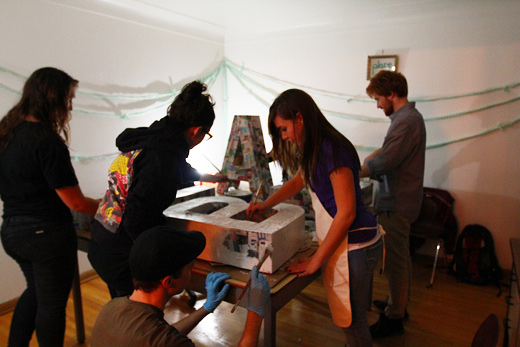 Folks around the table. 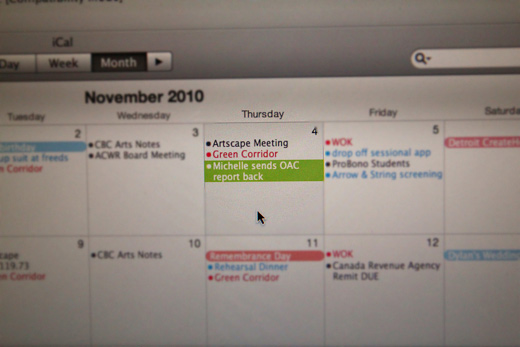 Meanwhile, we have a grant report for SRSI due soon. Michelle is going to send something to me by Thursday. 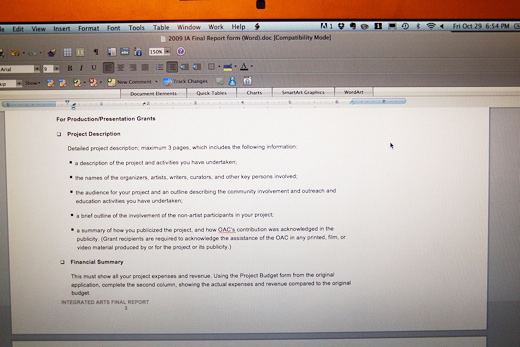 Grant reports aren’t difficult per se, but as is usually the case for our projects, there are questions asked of us that don’t necessarily fit what we did, so it always takes a little extra time to translate. Reports also give an opportunity for reflection and help with a kind of closure for the project, which is always good. 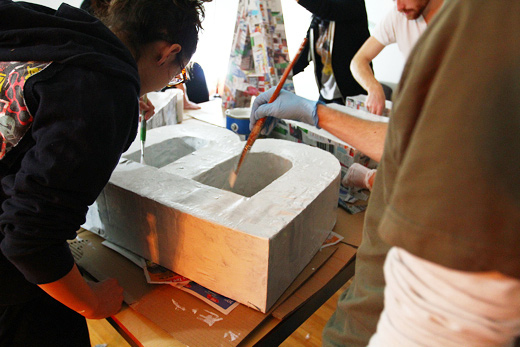 The B got a lot of attention. 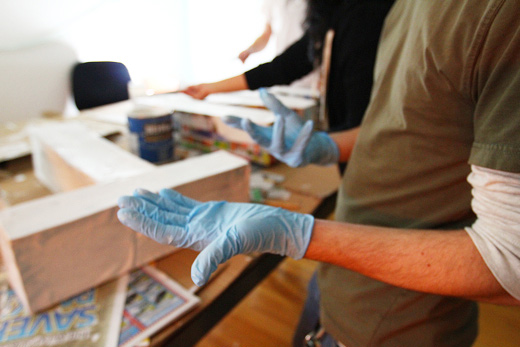 Josh secured some gloves from Karlyn and then demonstrated the proper way to take them off (as per hospital etiquette). 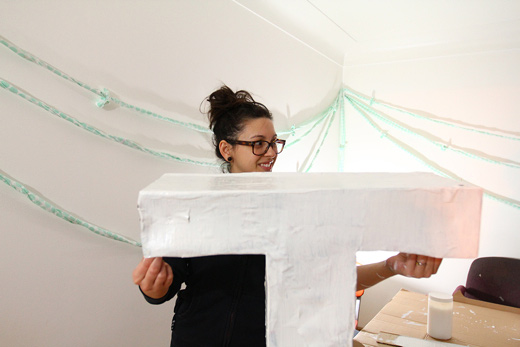 Danielle moving the letter T to the drying room… 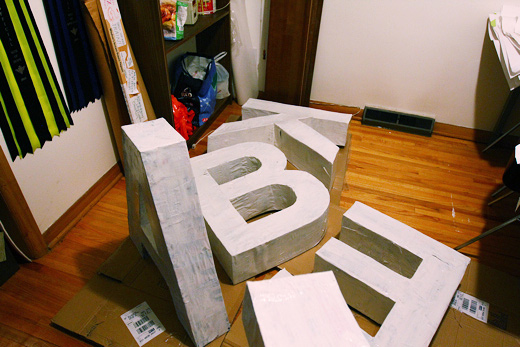 …where it met the other finished letters. 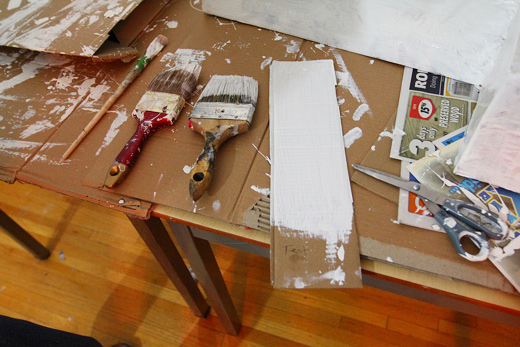 And then, a test piece of cardboard to attempt securing the retroreflective glass beads with a few different adhesives.

And finally, another book that I’ll gradually skim through with great excitement — We Need to Know Where We Have Been to Know Where We Are Going, a book on the history of art and social practice, collaboratively written and assembled by students and faculty at PSU, available on Lulu. There’s about 260 pages that will help me to explain why we’ve spent the last 3 months worth of Friday nights making a short statement out of cardboard letters, and help to argue why it’s so amazingly fun and rewarding.

One Reply to “Primer: Another Friday Night’s Worth of Collectively Making Things Happen”