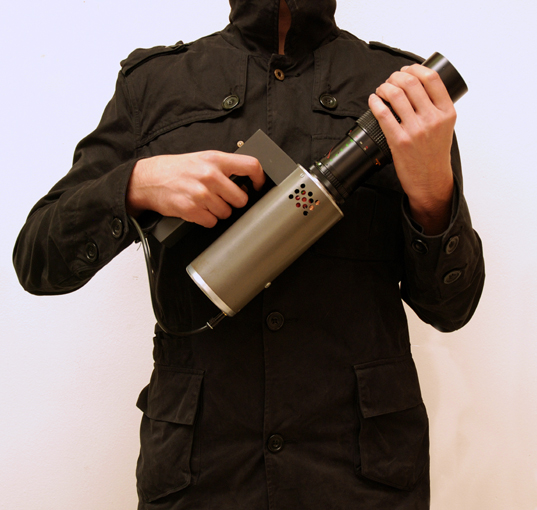 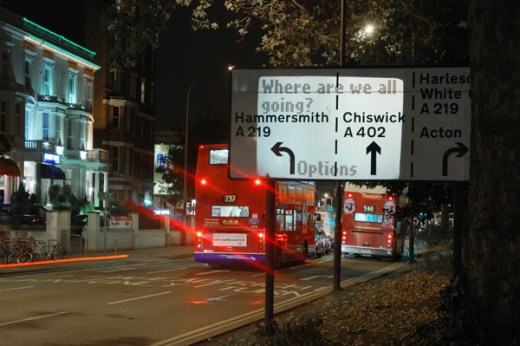 Troika is a multi-disciplinary art and design practice founded in 2003 by Conny Freyer, Eva Rucki and Sebastien Noel, who met while studying at the Royal College of Art in London.

This project, SMS Guerilla Projector, is about four years old, but it caught my eye while flipping through my copy of the Design and the Elastic Mind book. The SMS Guerilla Projector does what you’re seeing above, basically project the screen image from a Nokia phone onto surfaces around the city. The project is somewhat reminiscent of the Image Fulgurator, which I posted on back in July of 2008. 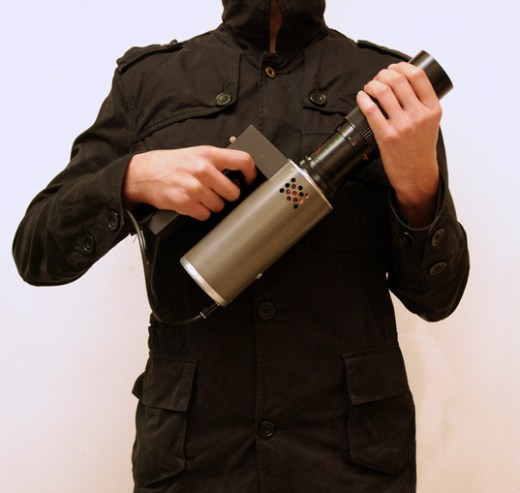 Most speculation on the interwebs suggest it’s basically a hacked phone and slide projector mashed together, which is kind of ingenious in its simplicity. Basically, and LCD screen can have light pass through it and so by opening up a phone and shining some concentrated light at the screen, so the speculation goes, you would be able to project the image with a lens.

Some other notable and interesting projects of theirs that you should check out: The Tool for Armchair Activists, SMS Memory Wall, and Exploded Monologues.