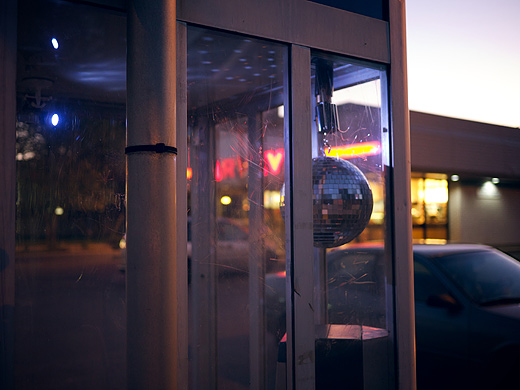 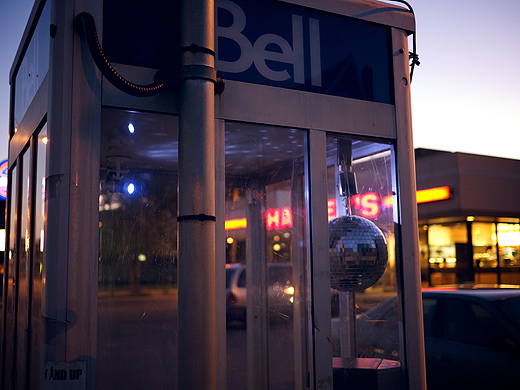 Last night Laura went out to install some PL1999 payphones, Kyle Bishop of Andand Collective arrives, and Josh does some more inventions. 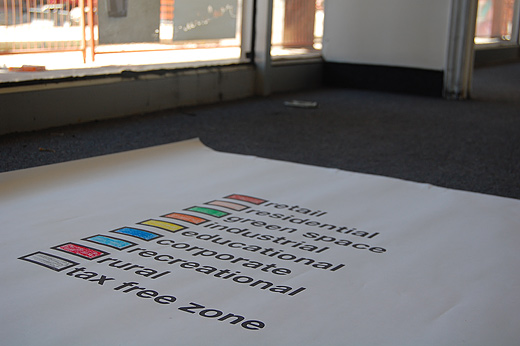 Kyle came down from Waterloo to start developing his Amalgamation of Windsor and Waterloo into the city of W. He will be hitting the streets campaigning with a team of recruiters later on this week and continuing into the weekend for our Closing Ceremonies. 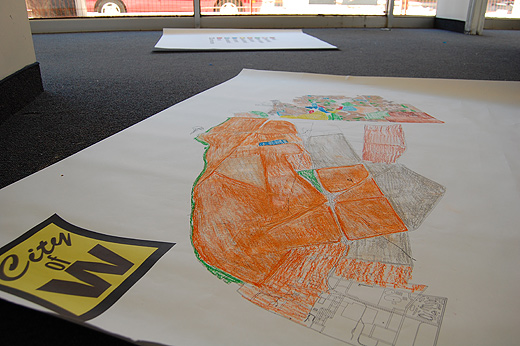 Kyle brought a map depicting what the amalgamated city would look like. 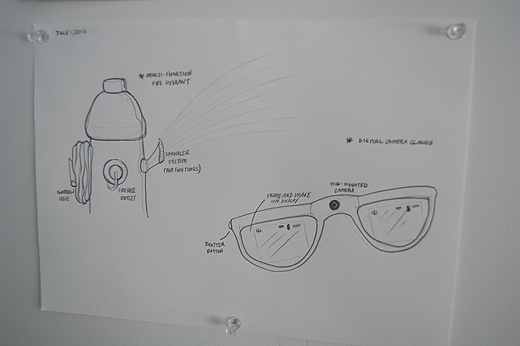 Josh did some more inventions on Friday to leave up in his space before his return during the week. 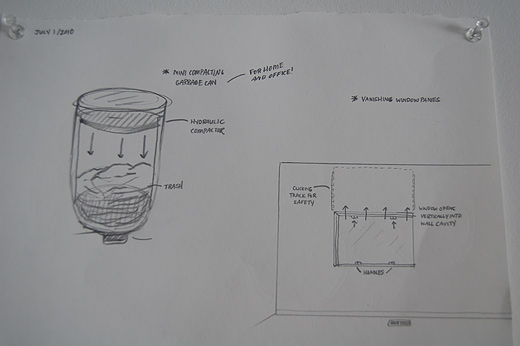 I love the side note ‘for home and office!’ This project is somewhat mocking consumerism and reminds me a bit of Tim and Eric Awesome Show Great Job. 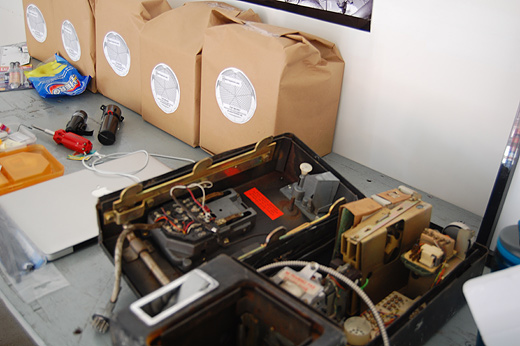 The Top Secret Prototype Documentation packages are all ready to be handed out. If you are interested in doing your own payphone intervention, please come down to visit Laura in 406. 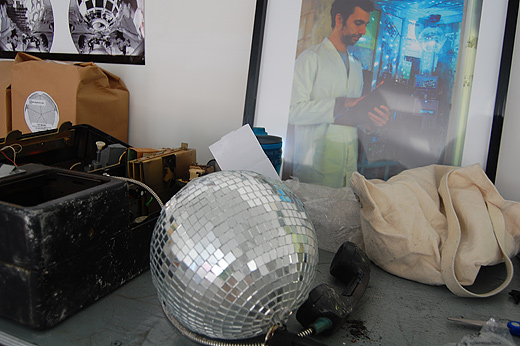 Laura prepares for her guerilla night intervention by doing some tests with the disco ball and lights . 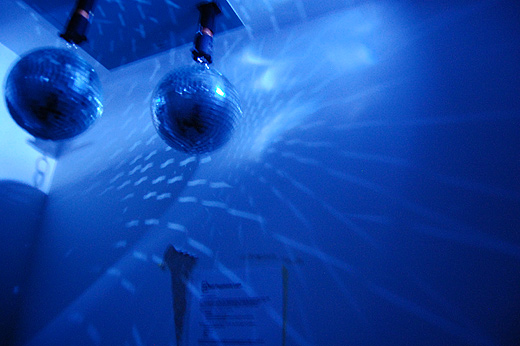 I tried to take some photos of Laura’s test installation in the bathroom of 406, but my camera skills are not that awesome yet. It was a spectacular bathroom experience, trust me.

Laura went out to two locations at dusk to install the disco balls. One was at California and Wyandotte and the other was across from the Lebel School of Visual Arts at Huron Church and College. 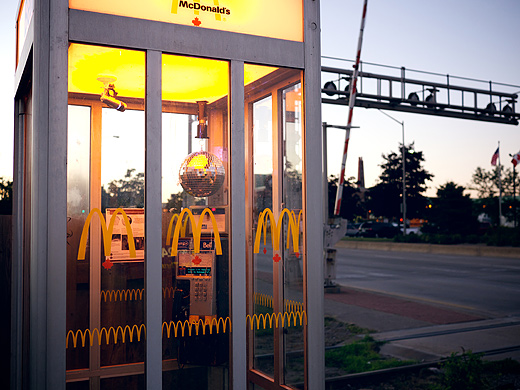 She went by one of them this morning and it had already been removed. 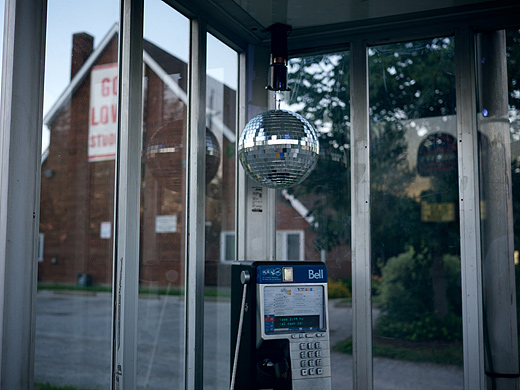 Look out for these party booths around the city over the course of the week including instructions on how to re-install them.