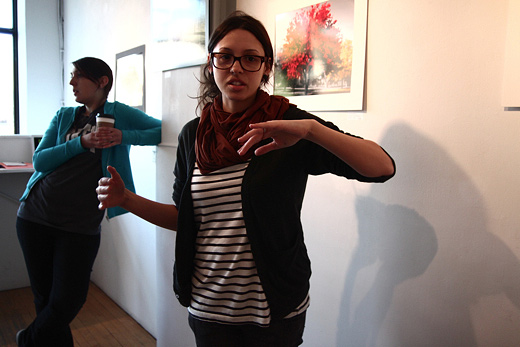 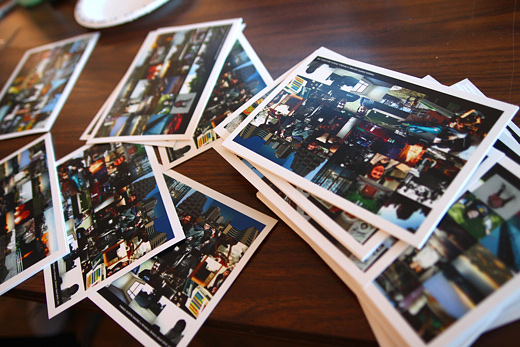 Though we’ve received a few of the postcards back because of a faulty address, for the most part, the 150 postcards sent out for Things Worth Saving, as part of our ongoing Save the City project, have likely now arrived to their destinations.

I must admit that when I first laid eyes on the stacks upon stacks of  postcards that we were fill and mail out that evening I yearned for my San Pellegrino to immaculately transform into Kentucky bourbon. Alas it did not, but thankfully that seemingly desperate moment revealed itself as fleeting as the lovely people who attended the event feverishly jot down their various anecdotes, love stories, musings and mini manifestos regarding Windsor. The writing was non stop – the sounds of the building and camera snaps were overpowered by the sounds of pencils, pens and markers scribbling effervescently.

Michelle and I gave a recap of the last four months of Save the City events. 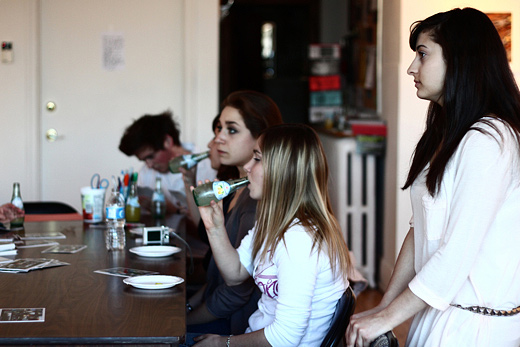 Rosina brought a ton of her friends, which was fantastic!!! 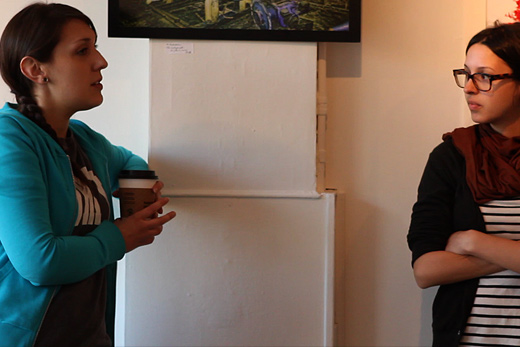 Michelle explaining exactly what everyone was going to do with all of these postcards. 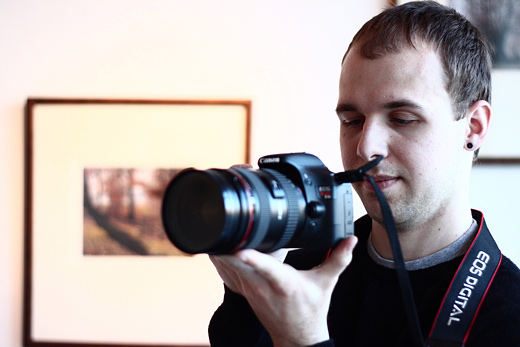 Josh behind the camera! 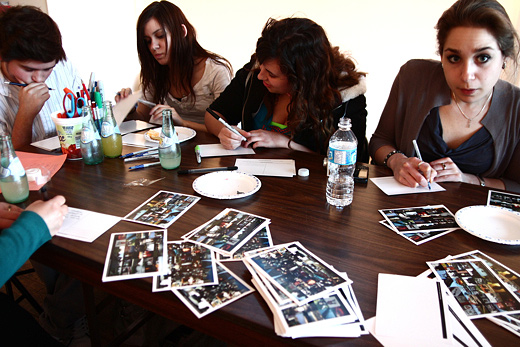 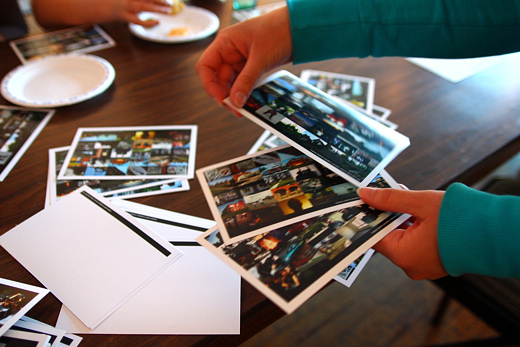 Michelle organizing the different postcards and distributing them. 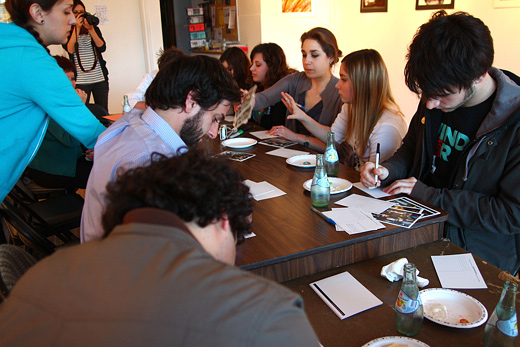 The participants were able to transform the predominantly individual activity of writing a postcard to a more collective experience. They began to share ideas or pose questions to one another in an effort to dissolve writer’s block. 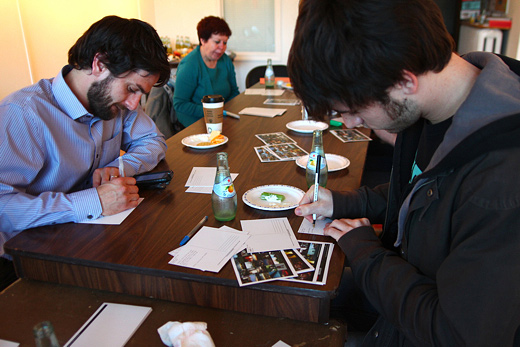 Everyone’s styles were quite different — some people made lists about the city. 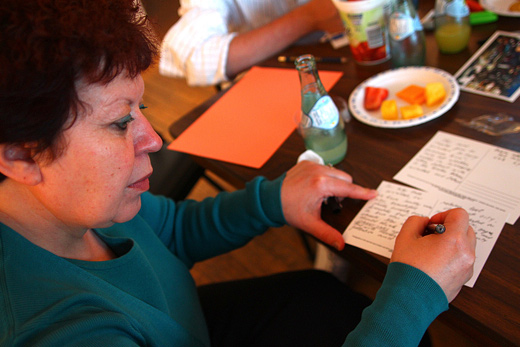 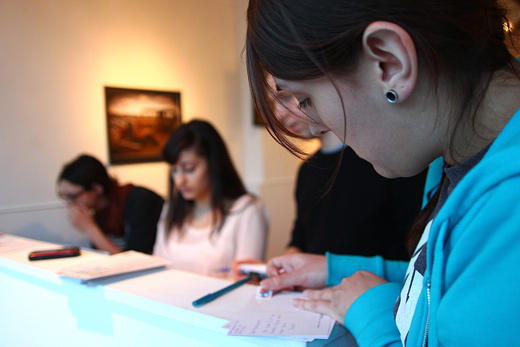 Along the way we figured out how to become more efficient – and as Windsorites this process naturally began to evolvte owards resembling an assembly line. At this point we also decided to bust out some tunes from Rosina’s well-stocked music library. 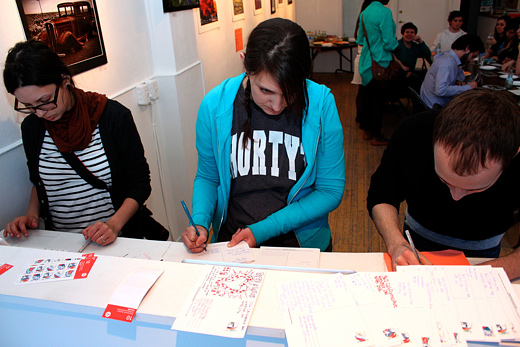 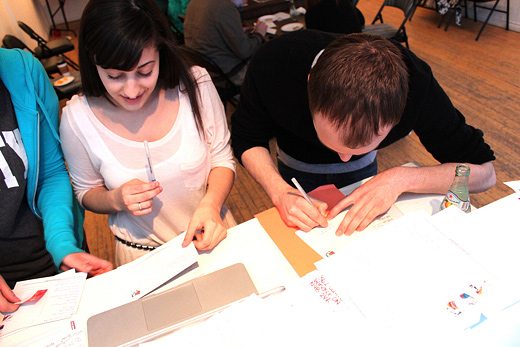 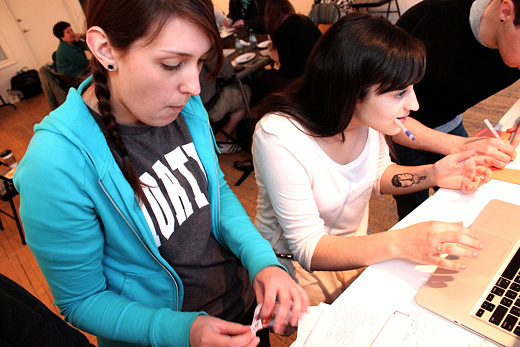 And more stamps and more addresses. 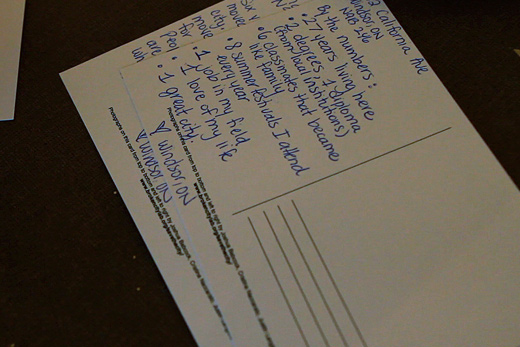 Windsor by the numbers. 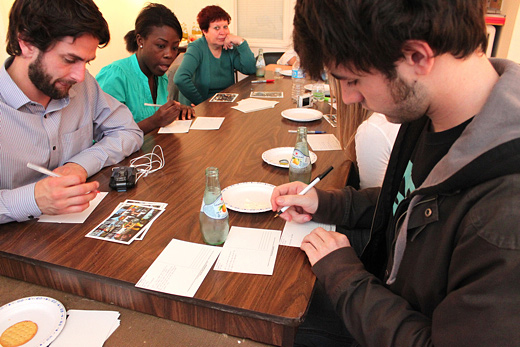 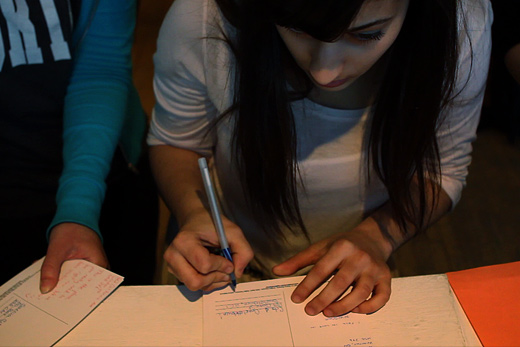 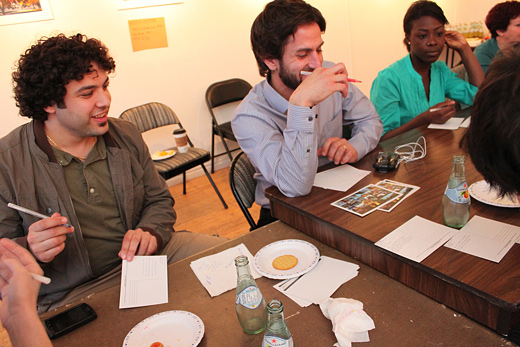 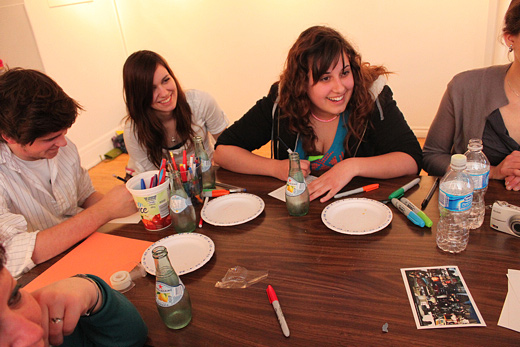 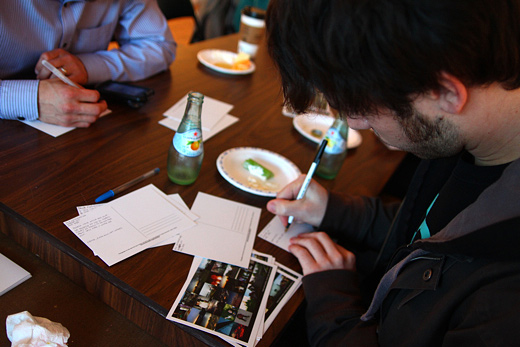 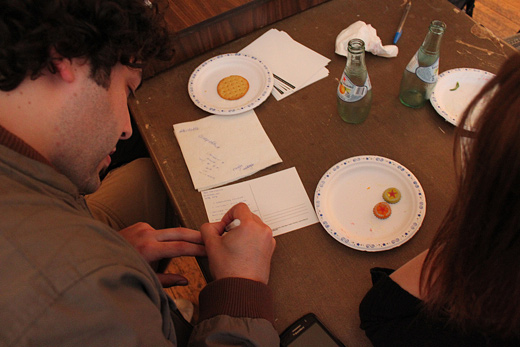 And stories that will be sent across the country. 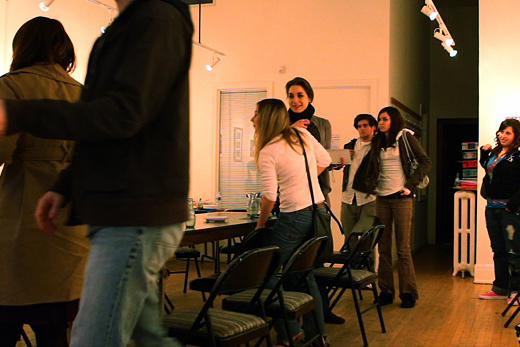 With all 150 postcards written and addressed, we gathered everyone to come out and mail their stack! 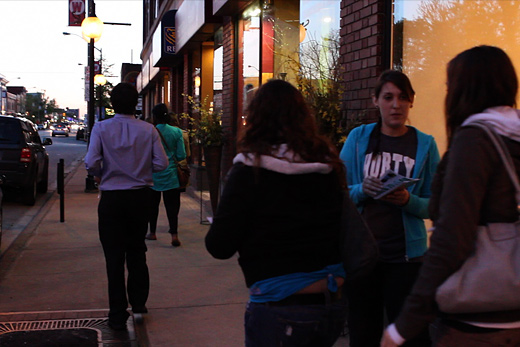 Michelle hands out the cards. 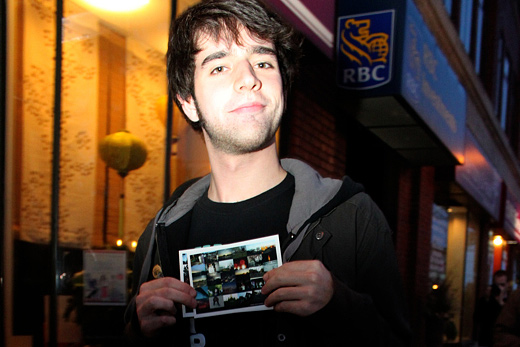 Josh on the way to the mailbox. 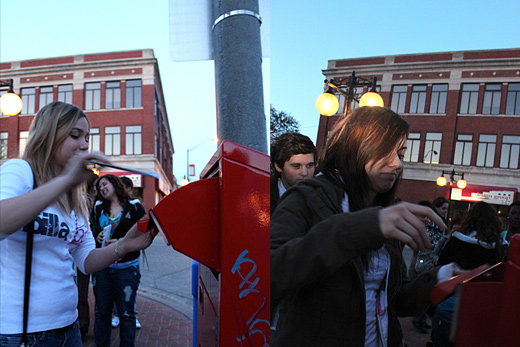 Making our valiant walk to the nearest mailbox, one by one, we proudly put them all in. 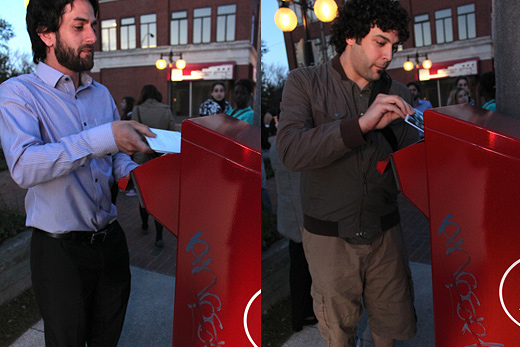 Wherever they end up, be it a mayor’s desk, city employee’s fridge, or even garbage bin, we got to tell our stories and  began a dialogue towards changing the narrative in Windsor from the pens of some incredible Windsorites. Thank you to everyone who came out and wrote letters!!!!

5 Replies to “Things Worth Saving Recap”