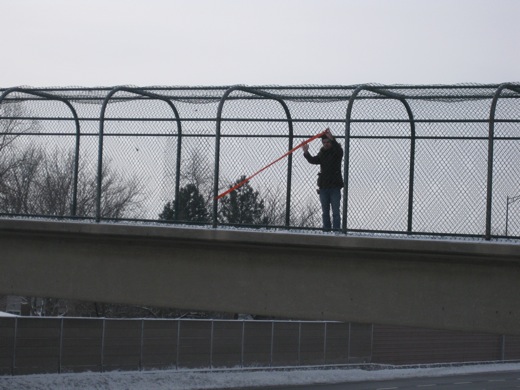 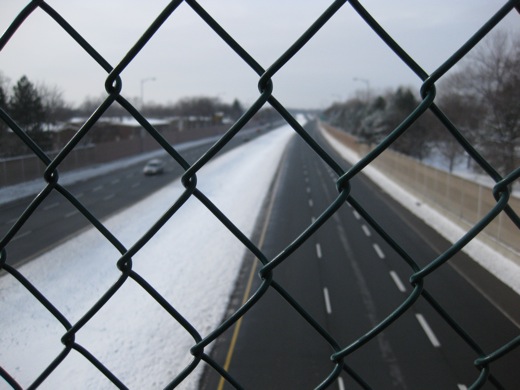 We spent part of Monday afternoon doing a site visit for an upcoming project we’ve been planning for a while. The EC Row Walkway crosses over the 6 lanes of EC Row and is a pretty incredible view. We took some measurements and did a quick visibility test. We were only up there for about fifteen minutes, but there were a lot of people honking, which makes me suspect this walkway is pretty underutilized. Photos after the jump. 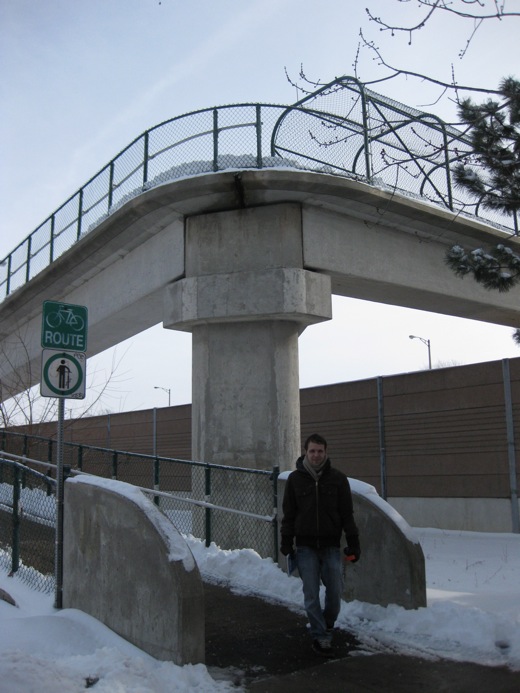 From the street, the ramp up to the walkway doesn’t seem that high. The concrete is finished with groves in it, for traction I assume, as this seems to be built for bikers to cross the expressway. There’s a Catholic high school in the area too, so we’re curious about how many people might use this on a daily basis. 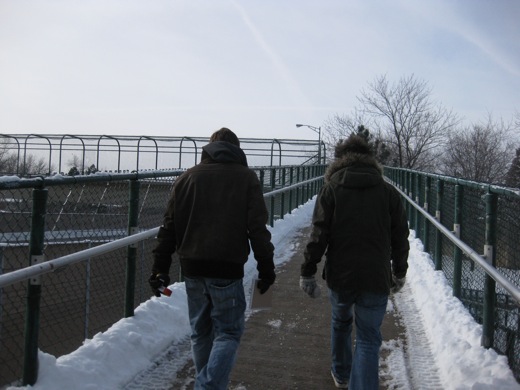 Walking up the ramp was really incredible. You slowly rise above the streetlights and then the retaining wall for the EC Row and the traffic sound gradually pours over. 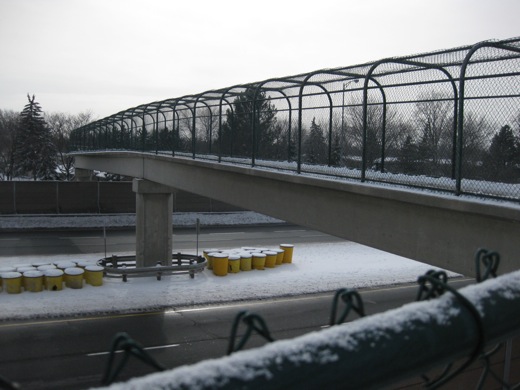 This is the view of the walkway, looking south. It’s not as wide as I thought it would be. 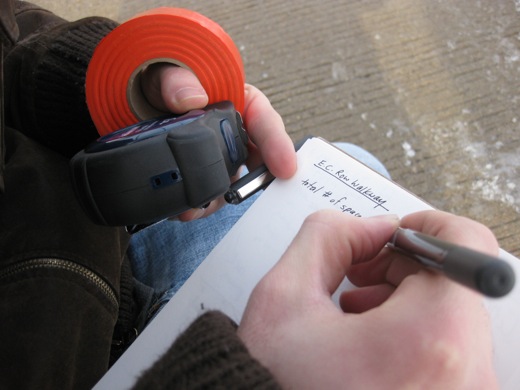 First we make note of the number of “quadrants,” which totaled 22, though the outermost have diagonal bars across them and are essentially useless. 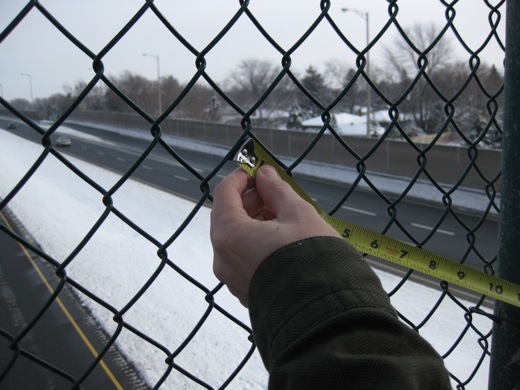 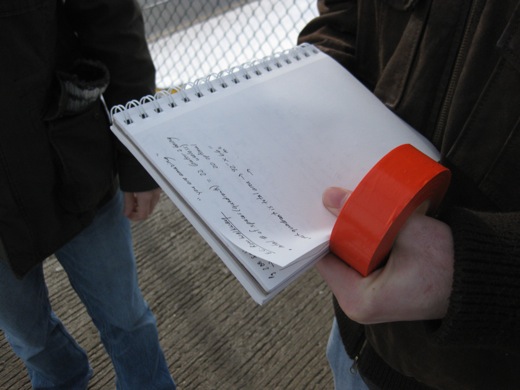 Josh took down the details, while we tried to figure out how we might best use the space. 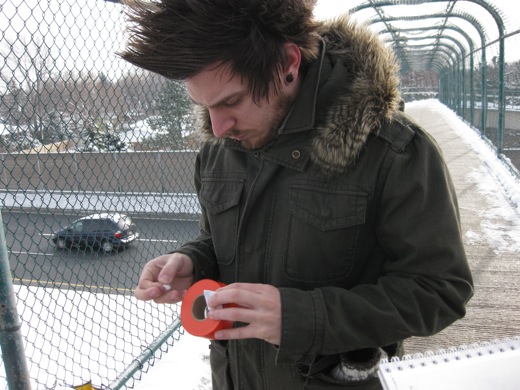 I struggled with getting the end of the flagging tape. It’s about the thickness of black garbage bags, and the end of it was glued down. 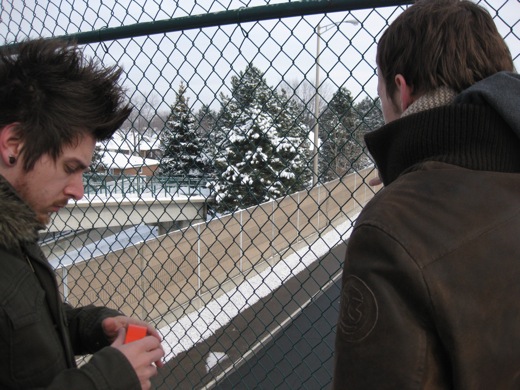 Josh and I try to figure out how much space we’ll have to cover with the flagging tape, but I think we need to think about this some more, especially while not in the cold. 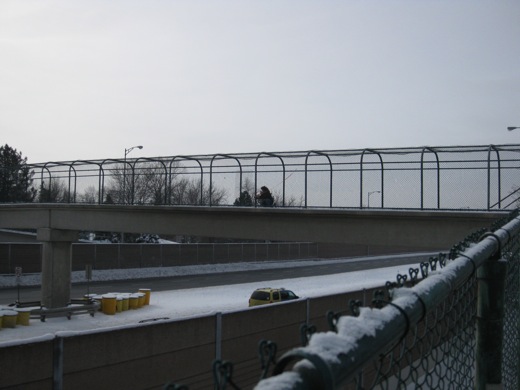 Michelle stood back on the ramp to try to see how visible the flagging tape will be from a distance. 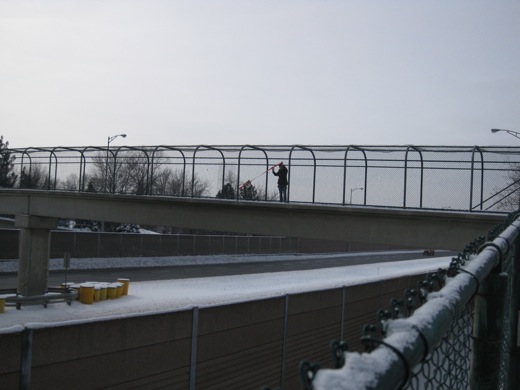 I tried doubling it up (side by side), as the tape is only about 1.5″ wide.  We might even have to triple it.

Zooming in, the tape is fairly visible, though I think we’ll do some more tests at Lebel. The camera doesn’t pick it up as well as your eyes do alone, but we have to keep that in mind for when we document this project.