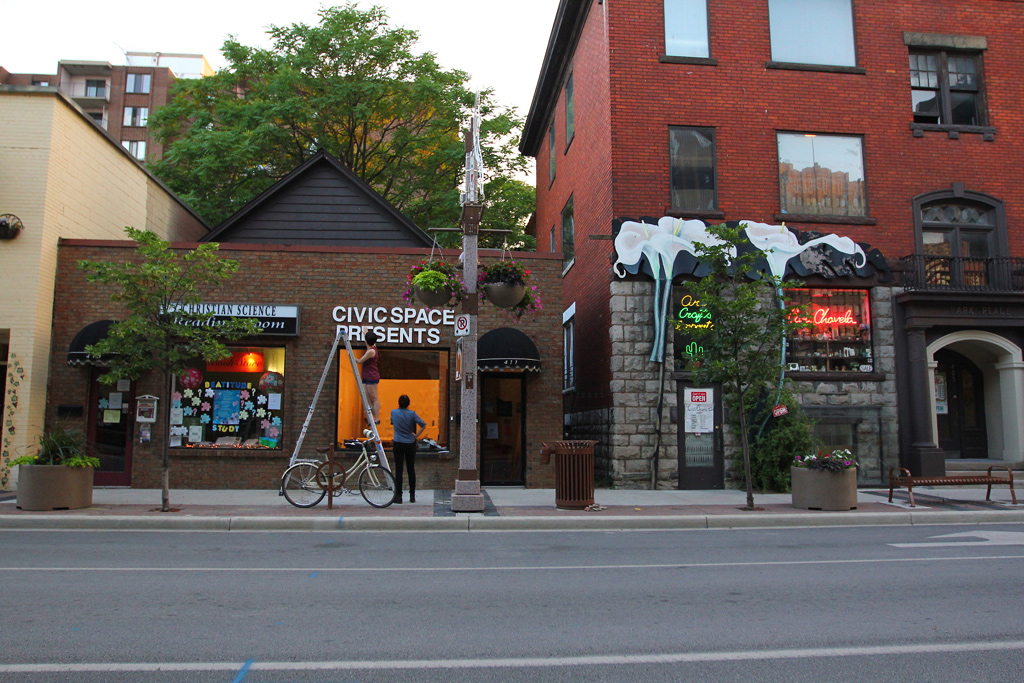 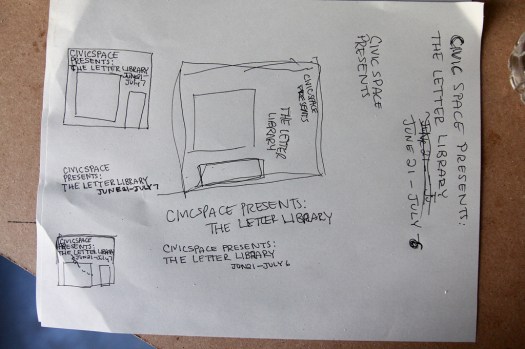 Last night, Hiba, Sara, and Justin tackled some initial planning for the installation of the CIVIC SPACE / Letter Library sign. The Letter Library idea came out of trying to think through how we might make our own sign for the space, so it’s really great to finally see the letters going up. 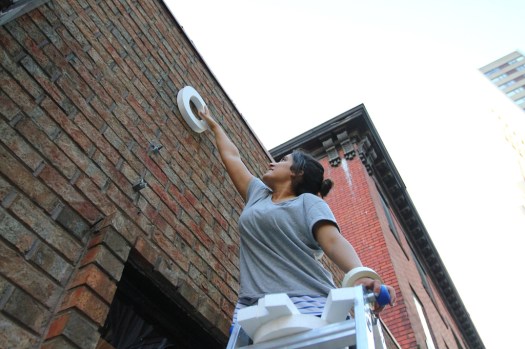 Hiba got on the ladder first, installing the letters with some tape, while Sara helped to position from the vantage point across the road. 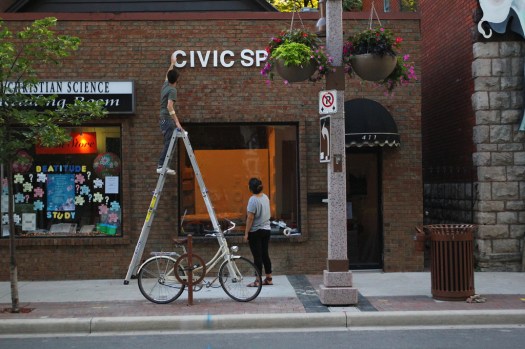 Then Justin made some attempts as well. 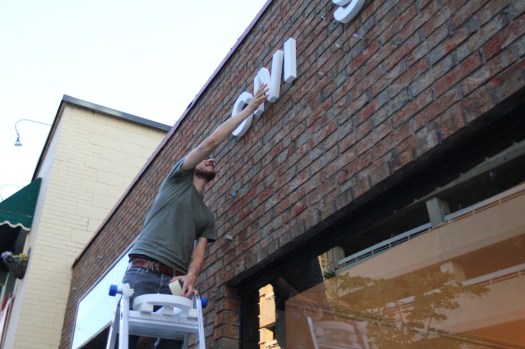 We did some photoshop mock-ups earlier, but we still wanted to be able to play a bit. 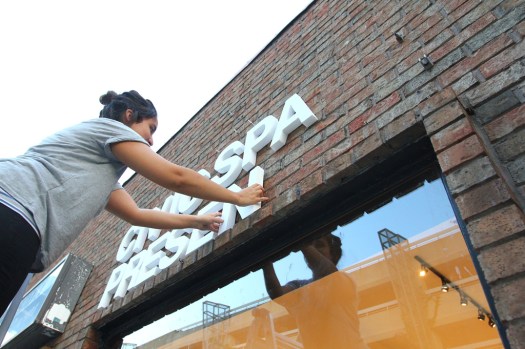 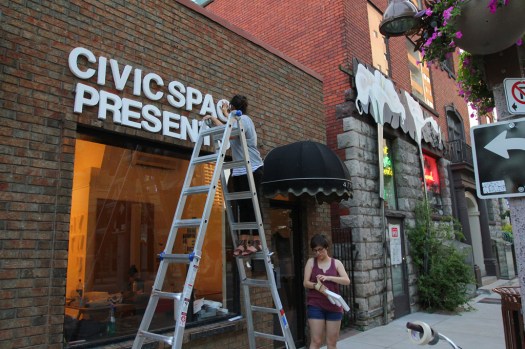 The title might bleed down into the window where we’ll likely have our return pile of letters. 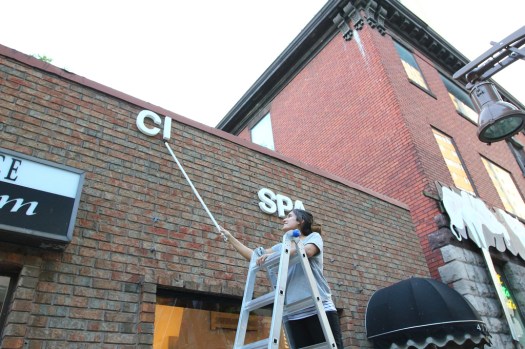 We tried the letters up high and hugging the window. We’ll do some more tests later today. We used a pole to remove our well-taped letters. 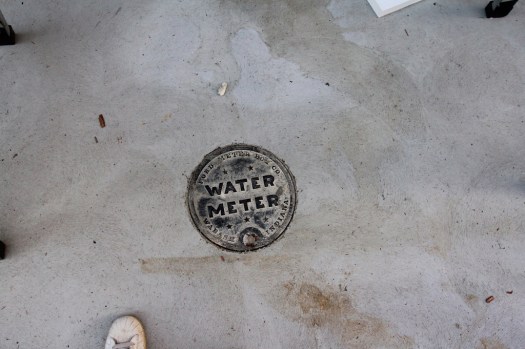 As an aside, this is the nicely designed new water meter cover in front of our building. 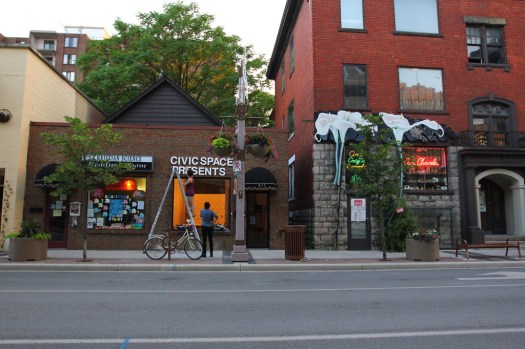 Danielle came by for inspection — and approved. 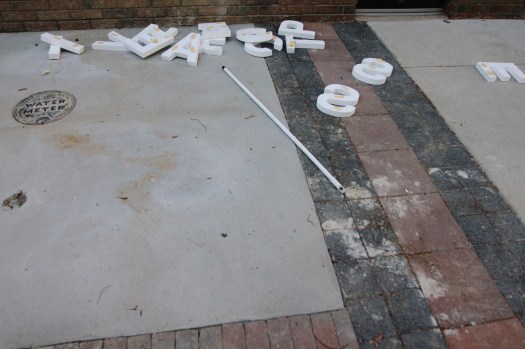 End of the night clean-up.