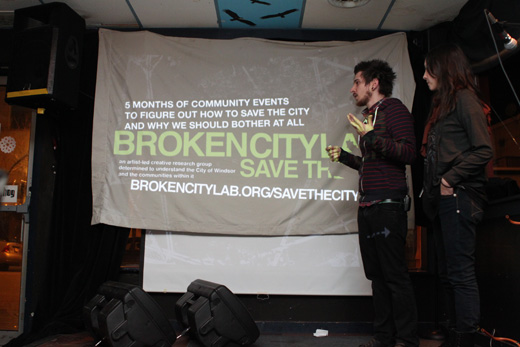 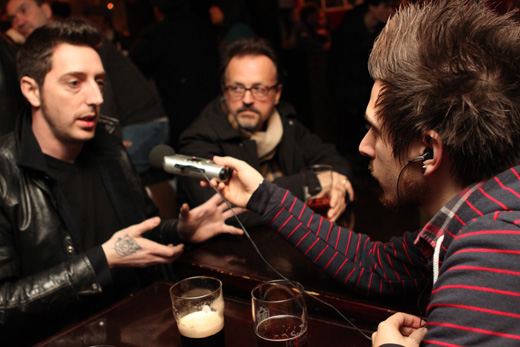 Sunday night was the first event of our Save the City project: Listen to the City, and it was incredible!!! We had an amazingly generous crowd of old friends and new faces come out to share their stories of Windsor with us and we recorded close to 8 hours of their hopes, concerns, and personal histories of the city.

We’ll be going through all of this material over the next little while to turn it into an audio documentary that we’ll distribute online, hopefully on some local airwaves, and also through a contribution of the final work to the Windsor Archives. We’re hoping that this documentary will serve as a marker in time that will have captured a very specific kind of conversation happening right now, and maybe happening for the first time. It’s going to be something very special.

We want to thank everyone who came out and participated — this literally could not have been possible without you! There’s a number of photos and some overview of the discussions after the jump of what was our absolute most favourite night of the year so far.

So, we got the event underway shortly after 8:30pm. Danielle and I gave a quick overview of some of our previous work, hoping to describe why we wanted to hear all of these stories in the first place. We know that we care about this place, and we assume other people do, but we want to understand what there is to care about and inevitably, why people stop caring. 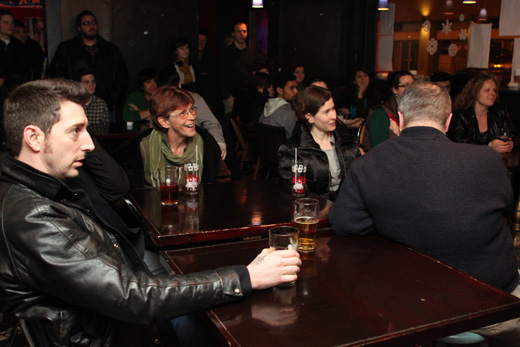 Looking out into the room, such an amazing group of new and longtime Windsorites came out — somewhere between 40 and 50 people in total. 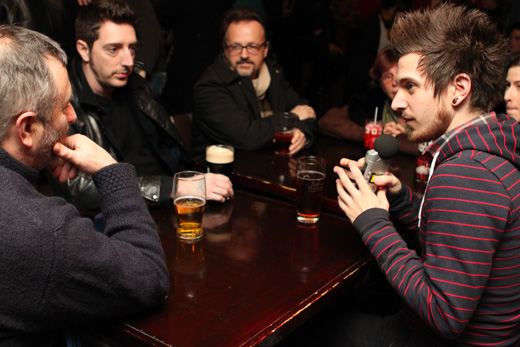 After our quick intro, we settled in, each of us taking a table, and started the conversations. 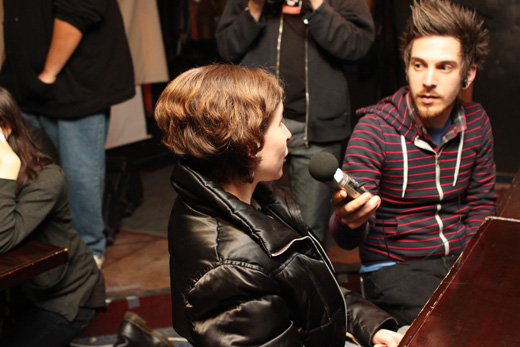 The two questions we all started with: What brought you here? and Why are you still here? 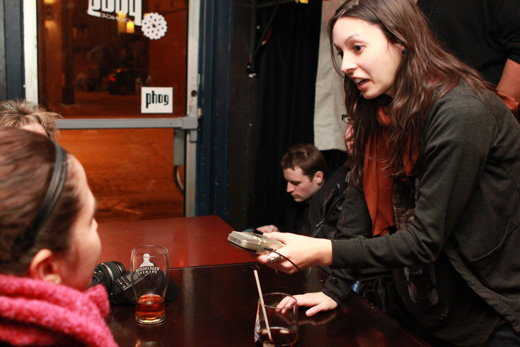 The conversations shifted shortly thereafter, and we started to really get a sense of what this city has at stake. 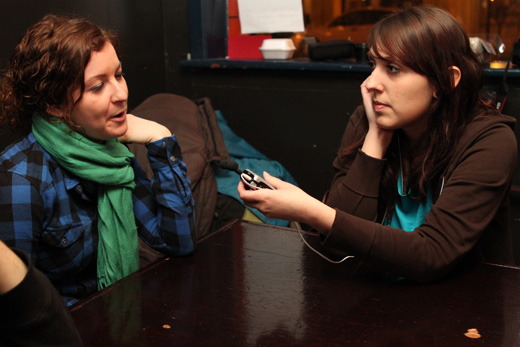 People who had just moved here for school, or longtime residents, told us about the things that make this city what it is — and for a large part, it was the community, the people in this city that give Windsor a sense of place. 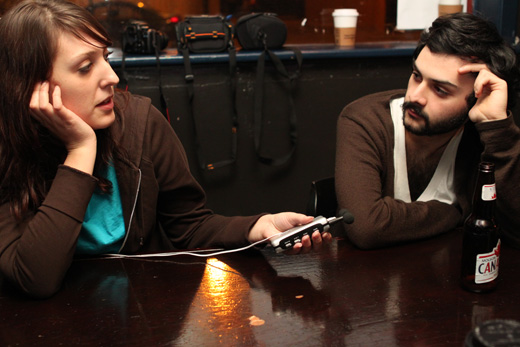 Some of the conversations shifted to much larger questions about where Windsor is going and the forces that shaped it in the first place. 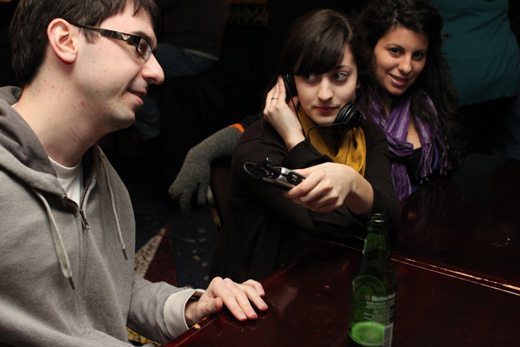 Other conversations attempted to pin down what reasons there were to stay in the city at all. 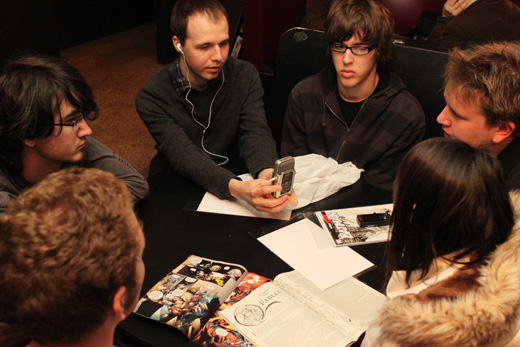 Questions about infrastructure and architecture also cropped up, with many people wondering why we’ve lost so much of the beautiful buildings we once had. 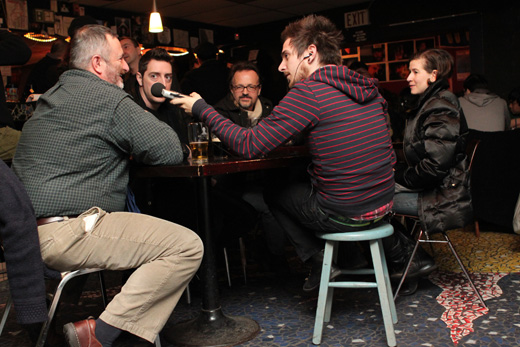 We heard a lot of stories about what drew people to the city that surprised us, including the reason that Windsor is also know as Rose City. 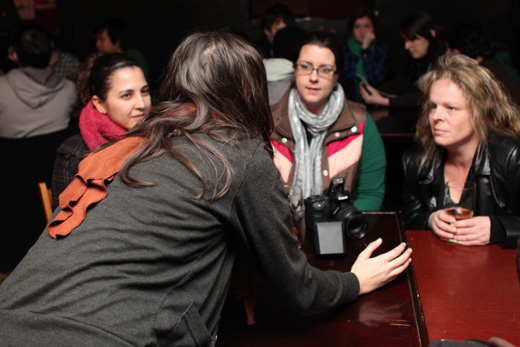 There was a kind of intangible sense of hope and optimism though, as if somehow we are finally on the verge of seeing Windsor truly become a place worth caring about. 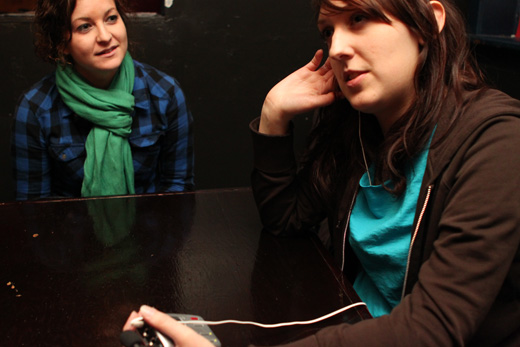 We asked how to define someone who cares about this place, and we got some inspiring answers. 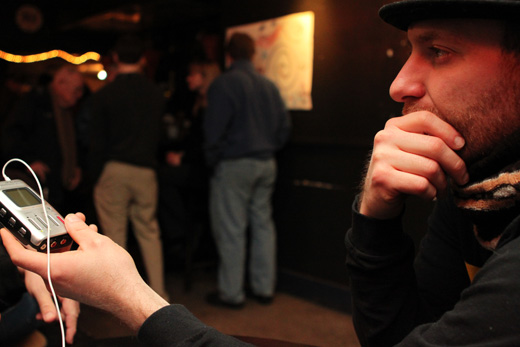 The border, the news, and what community looks like in this city were all covered by a number of people and with so many different experiences, it’s going to be an amazing experience to start sorting through all the audio content and editing it into one piece. We learned so, so, so much. 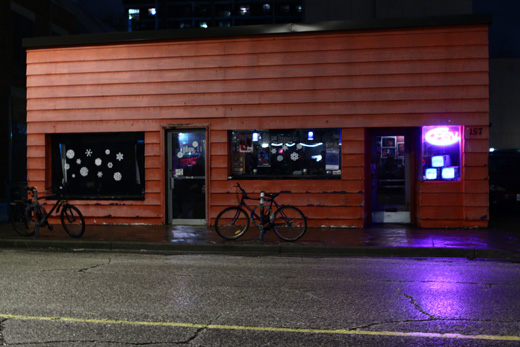 And we now have the beginnings of something very special. A couple hours at Phog on a Sunday night and we have more hope for this city than we ever have, because we found out that there are at least 40 people that do have a stake in this city, and that alone made the night an amazing success.

We can’t say thank you enough for everyone who came out and shared their stories, helped to spread the word about the event, and also to Phog for having us!

The next event as part of Broken City Lab: Save the City will happen near the end of February. We’ll announce details very soon.

8 Replies to “Listen to the City: Discovering the Histories of Windsor through Conversation”