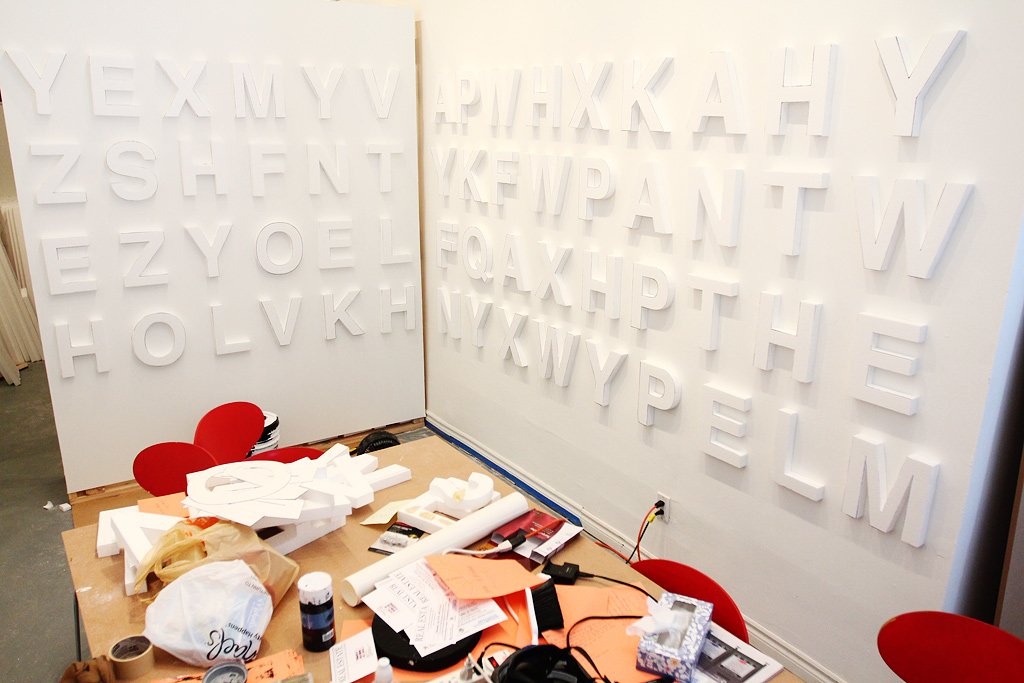 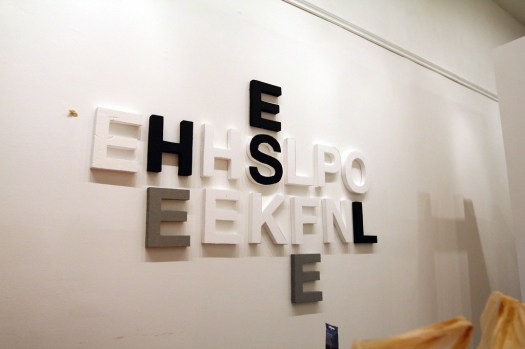 Last night Hiba, Danielle and I met to do some more prep work on the letters for the Letter Library launch on June 21st. We painted another test letter E a different shade of grey and started to populate a wall with some more of the tests. It was excellent to see more than a few letters up at once to start to get a sense of the scale of the cluster. 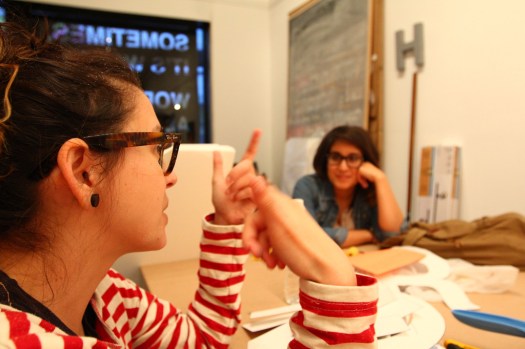 Danielle tried her hand at cutting the letters for a little while, but we quickly shifted over to more tests, while also playing catch up and talking through some other projects we want to kick off later this summer. 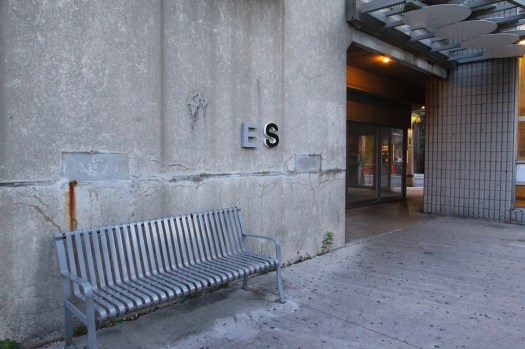 We head out with a grey letter E and a two-tone S. 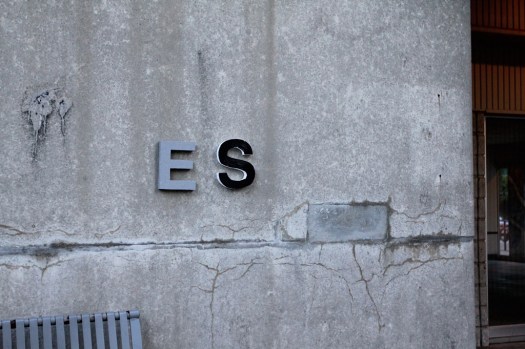 This was around 9pm or later … so we didn’t get a read of this shade of grey in the harsher sunlight. There’s something interesting about the grey — certainly it doesn’t pop like the white (or the black really for that matter), but it feels a bit more anchored. 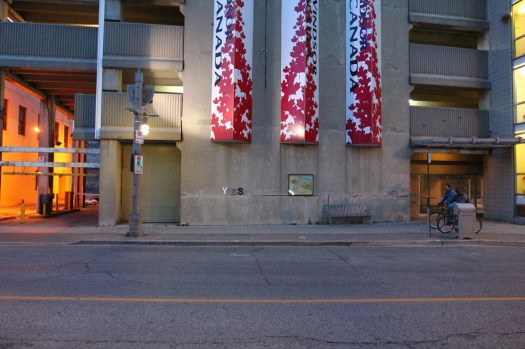 We also put up a white letter Y. It’s no surprise it stands out the most, outside. 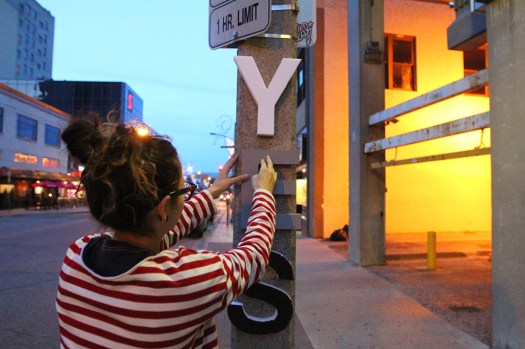 Danielle moves the letters around to other locations. 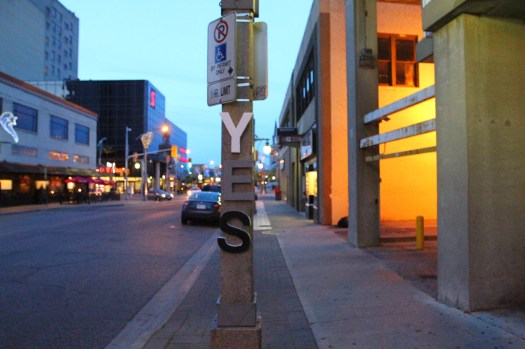 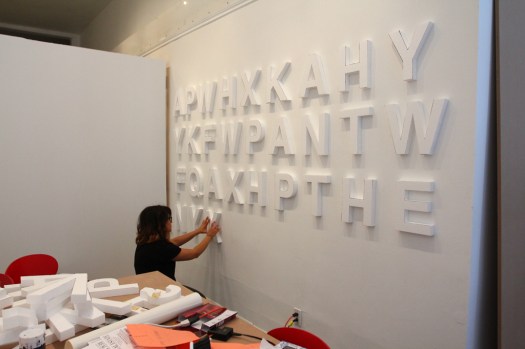 Hiba, Lucy, and I returned earlier this morning. Hiba installed some rows of white letters to get a better sense of how they’ll look on the walls. 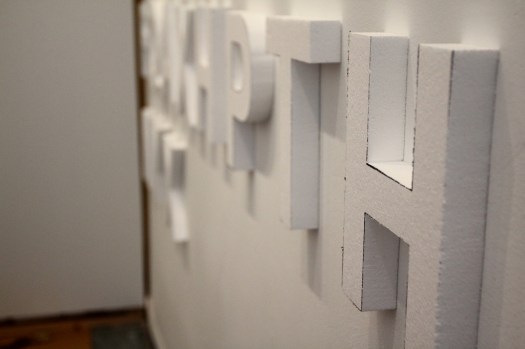 We also figured it might make them easier to paint and not take up every square inch of walking space while we continue to prep. 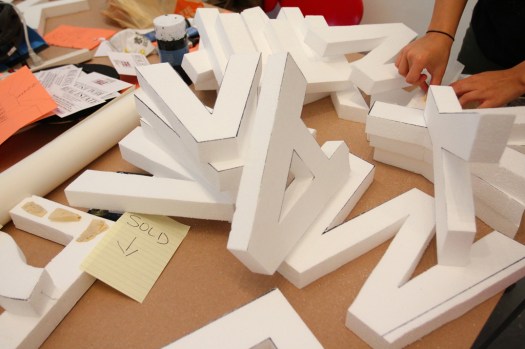 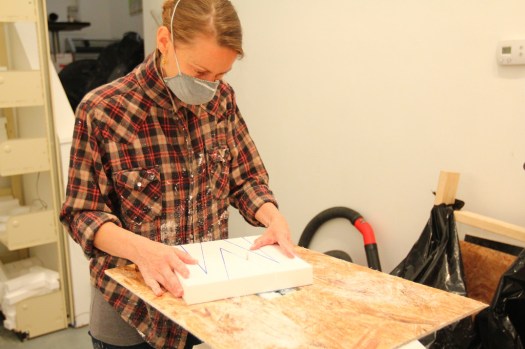 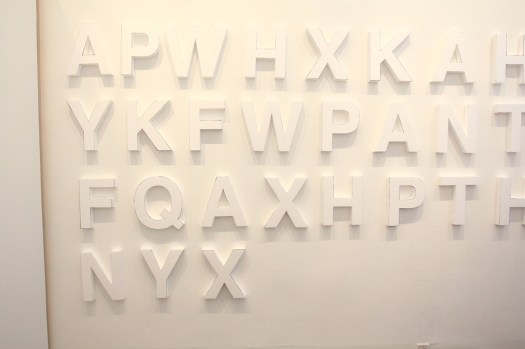 We’re going to play a lot with the lighting. 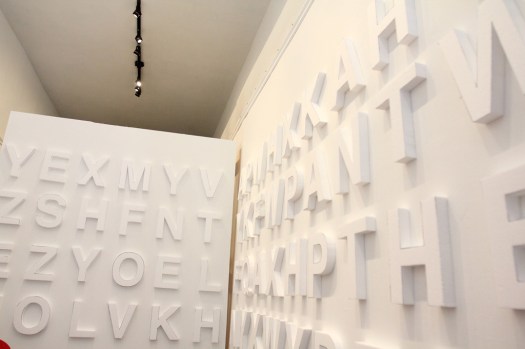 Letters temporarily installed on a couple of the walls. We’ll end up putting them a lot closer together on the final install. 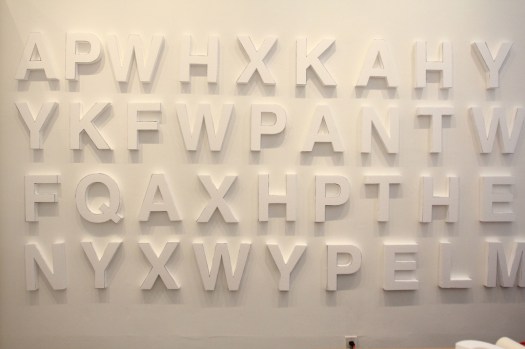 We’re still planning to paint the faces white to remove the black lines left over from tracing. 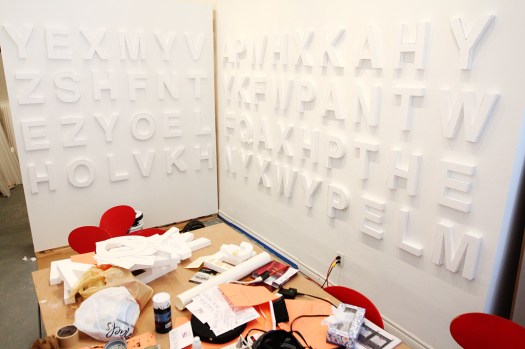 The effects are interesting — about what I expected where they feel more a part of the wall than objects to take out and distribute. Of course, getting closer to the letters easily reveals that they’re styrofoam, but we’ll have to work out a really straight-forward set of instructions to carry out the project.

The plan going forward — finish cutting the letters today and Monday, start (and hopefully finish) painting Monday, start clean-up and install Tuesday, and do all the other prep by Thursday morning, giving us the better part of the day for contingency.