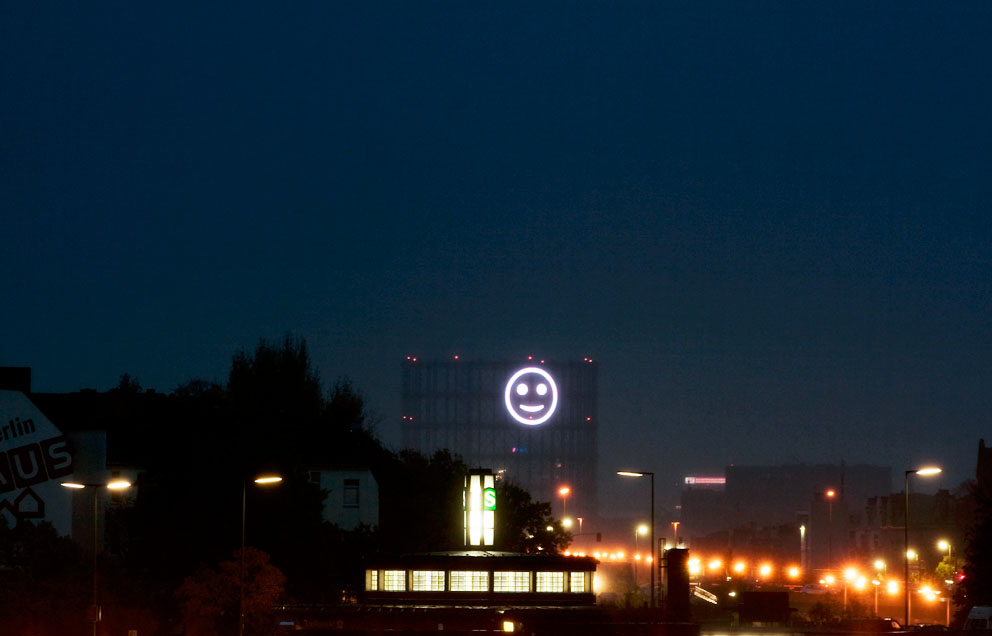 Project Stimmungsgasometer, by Richard Wilhelmer, Julius von Bismarck and Benjamin Maus, is a giant smiley face that changes based on the mood of Berlin citizens. When they are collectively “happy” the light is a smile, and when they are not, it is a sad face. Input comes from facial recognition software (contributed by the Fraunhofer Institut) that takes in video from a strategically placed camera. The obtained mood data are then stored on a server and processed by the smiley on the screen to visualize the emotions in real-time. 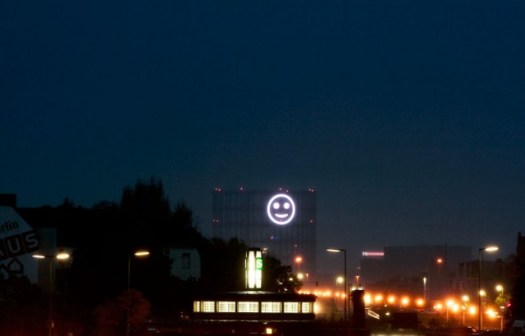 Kind of hilarious, a bit weird, and somehow already feeling like its showing its age (though as I understand it, it was a temporary installation back in 2008). Data-driven artwork is already boring — that is, taking dataset x and applying it to artwork parameter y. Somehow I feel like Cory Arcangel had something to do with wrecking this for everyone, in the best way possible.

Thinking about ways to animate the intangibility of the city still seems like a good idea though.