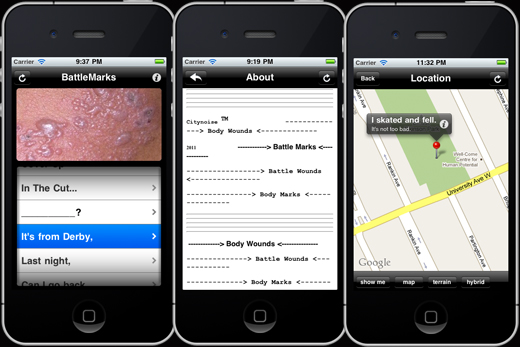 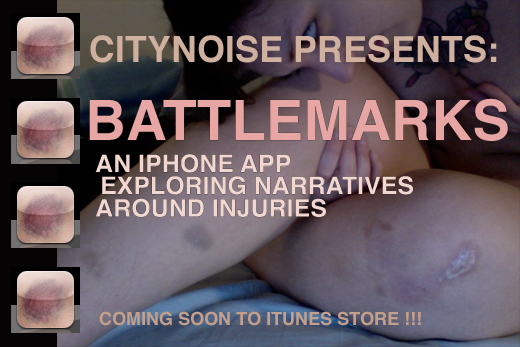 For one of my last projects with Sigi Torinus as part of my BFA degree I made an iphone App.

I was able to speed up a usually lengthy process by skipping over the coding portion of creating the app. This was made possible by using Buzztouch, a web-based content management software (CMS) out of Montery California that helps build iPhone and Android apps. Buzztouch provides tools that allow people to create mobile apps and provides a back-end database to support those apps over the long-term. They do both of these things for free, for anyone. The source-code that app owners download for each of their applications is released under an open-source license.

We encourage anyone to build an app, download the source-code, compile it using Xcode (iOS), then distribute it through the App Store. The more times this happens, the better. We hope to see hundreds of thousands (millions?) of mobile applications that are powered by buzztouch. We are well on our way.

Not knowing how to use code to personalize my app limited the properties of the app I made, but I was still able to personalize the content 100%. I couldn’t use properties such as shake, for example, but I could select a number of ways to customize my app, including the ability to add videos, pictures, PDF files, mapped locations, and URLs to it.

The app I made is called Battlemarks, and it explores narratives around injuries. Something along the lines of a Choose your Own Adventure, the main interface has lead-in phrases that are completed when the user selects one and views the content, which ranges from Youtube videos, to google image searches, to mapped locations, all with text to tie the story together.

Battlemarks users are led to question personal stories of how injuries are obtained and rationalized by examining themes of false fronts, narratives, abuse, folklore, feminism and place.

After I was done making my app on Buzztouch, I had to register as an Apple Developer. I purchased the iOS Developer Program (it’s only $100 and good for a whole year; think of all the apps you could make?!) and, using xcode (available to download for free on apple.ca once you register) and lots of how-to step by step resources on both the Buzztouch Forums and Apple’s Developer Website, complied a trial version of the app, then a version for release.

Battlemarks is currently installed on my iPhone, and I could put it on up to 99 other iPhones for testing purposes. I am now at the stage of distributing my app for free in the iTunes Store, so stay tuned for the release!!

The process of making an app for iPhone requires a lot of dedicated time and patience, but it’s totally worth it! Like the creators of buzztouch said, we need different people making different apps!

Can you think of any other themed apps that could be created? How about windsor-specific apps? Maybe one that tells you how many people will be on the next bus you take, or an app that allows you to snap photos of street art, automatically uploading it to a large mapped database available for viewing? One that will tell you how many americans are in the bar based on a audio sampling of accents?